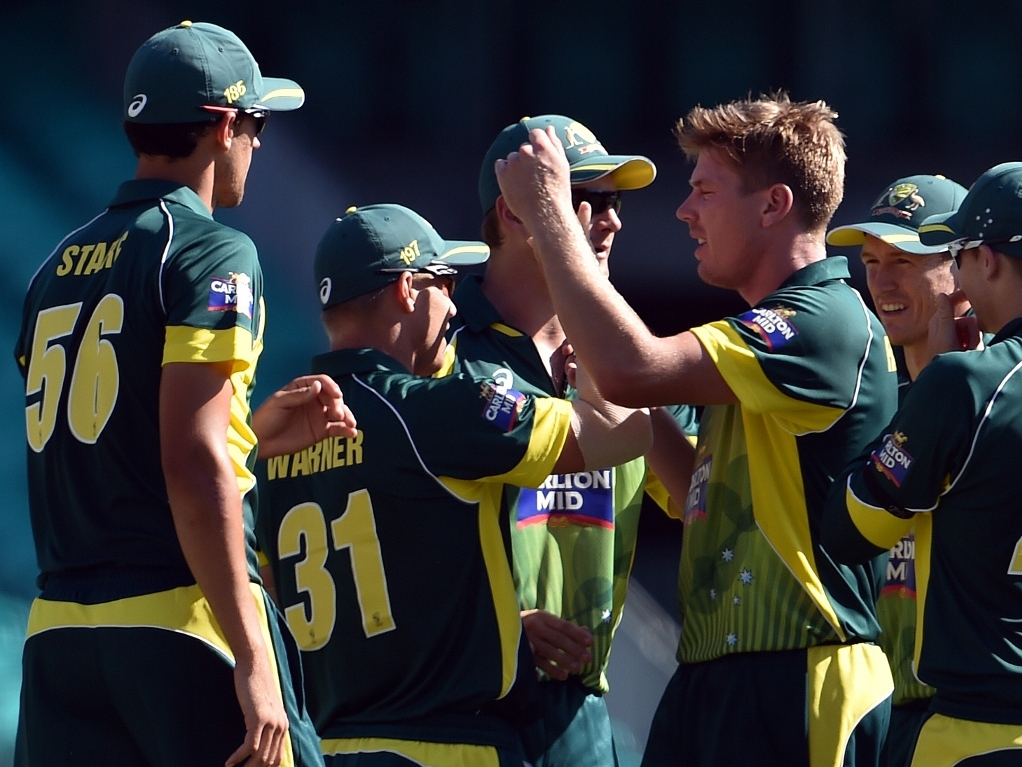 Australia allrounder James Faulkner says there is no need to tone down their aggression on the field ahead of their ODI tri-series showdown against India at the MCG on 18 January.

There were a few flash points in the recently completed Test series between the two sides, but Faulkner insisted that the Aussies will not back down as long as it is within the confines of the game.

Faulkner said: "As long as it's controlled. There's always things said out on the pitch, but it's all in a good spirit. It's to upset the opposition players whether they're batting or bowling. But that's the game and it's always been there.

"We play our best cricket as long as we're not going over the boundaries, we play very good aggressive, fair cricket and that's the way Australia have always played and it will continue that way."

The 24 year-old allrounder is known as the finisher in the Australia team, apart from bowling his left-arm seamers, he has shown in the past 12 months that he has the ability to finish off games with the bat, sometimes from almost impossible situations.

In their win over arch-rivals England in the first match of the tri-series, Faulkner took three wickets and also hit the winning runs as they chased 235 successfully.

He said: "It's my job with bat on ball at the end of an innings. There's going to be times when things don't go to plan but I didn't have to contribute much with the bat last night.

"I just had to get the last couple of runs, the rest of the boys did the job."