Home 2015 World Cup Faulkner: The SCG is not a spinning deck

Faulkner: The SCG is not a spinning deck 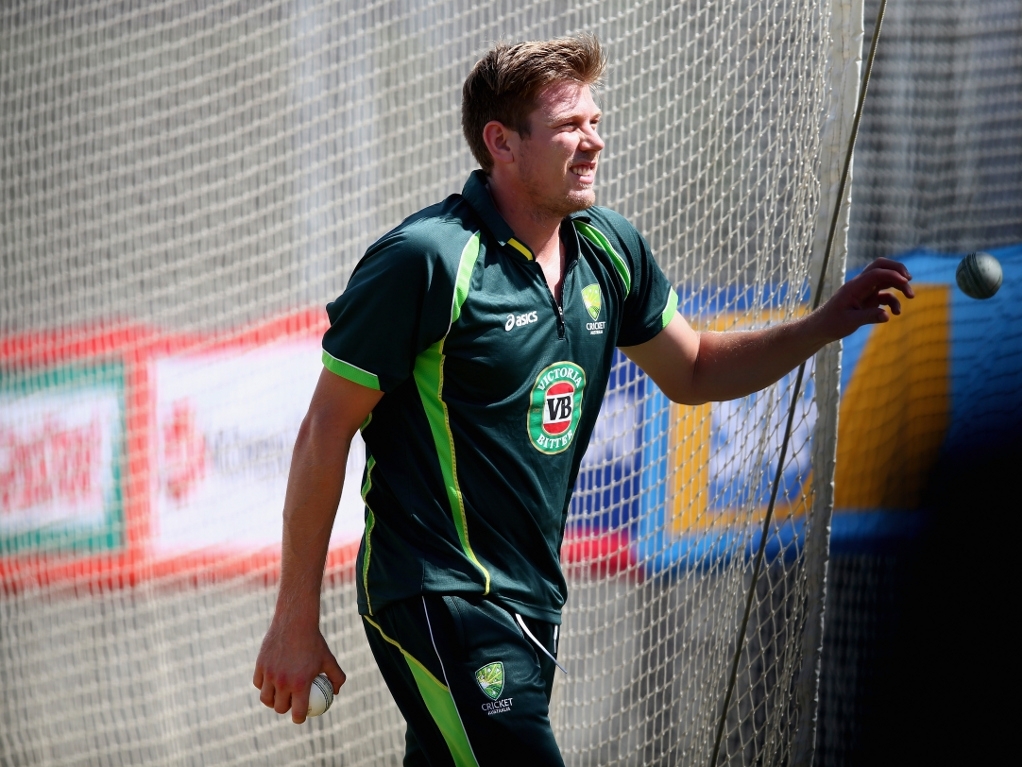 Australia all-rounder James Faulkner doesn't expect the deck at the SCG for their semi-final against India to turn very much, and thinks both sides will not want to rely on their slow bowlers.

Faulkner doesn't think the Aussies will include a spinner for the match on Thursday, anticipating a fast and bouncy deck, and thinks the seven wickets taken by South African spinners against Sri Lanka were more due to bad shot-making.

Faulkner said of spin conditions, and India's tweakers: "I think they (Ashwin and Jadeja) are world-class spinners and they have done their job for a long time now.

"But if you see the wicket in South Africa's match against Sri Lanka, it didn't spin and it was quite easy to get hold of.

"We will go in with a different team and we are playing in Australia. We will play our best XI. It depends on the wicket and what is produced on game-day.

India have been Down Under for around five months now, and despite a poor start to their tour they are unbeaten at the World Cup. Faulkner says they've had enough time to get used to conditions, and is expecting a tough challenge.

He added: "I am not at all surprised that they are doing well. Every time, we have come up against them it has been a very good game of cricket and it has gone right down to the wire.

"If you go back on the ODI series in India (2013), a lot of runs were scored and there were a lot of great chases. Likewise when we have played them here, we have scored 300 and they have been there and thereabouts while chasing it.

"We have come up against them a hell lot in the last 12-18 months and I think now you have seen they have spent a fair bit of time in the country and adapted well to the conditions.

"There is no surprise; that they are up against us in the semi-final. They are a very strong team and I think we are as well. It is going to be a great contest."

Both the Aussies and India have good record when chasing, with India particularly calm when going after a score, and Faulkner, one of the better finishers in the game, feels that starting aggressively is key to a big chase.

The all-rounder added: "I think you have to have that belief no matter what total you are chasing. I suppose as a batsman, it is all about your start whether you are chasing or setting a target.

"If you start well with bat or ball, more often than not, you are going to end up in a position in the last 10-15 overs when you can have a crack at chasing a big total.

"Coming late in the innings, you look great when you are hitting the inning runs or being there in the end, but a lot comes from the first 10-15 overs from the openers and the top three to set a platform for your team."