Fawad: I never expected a call-up so soon 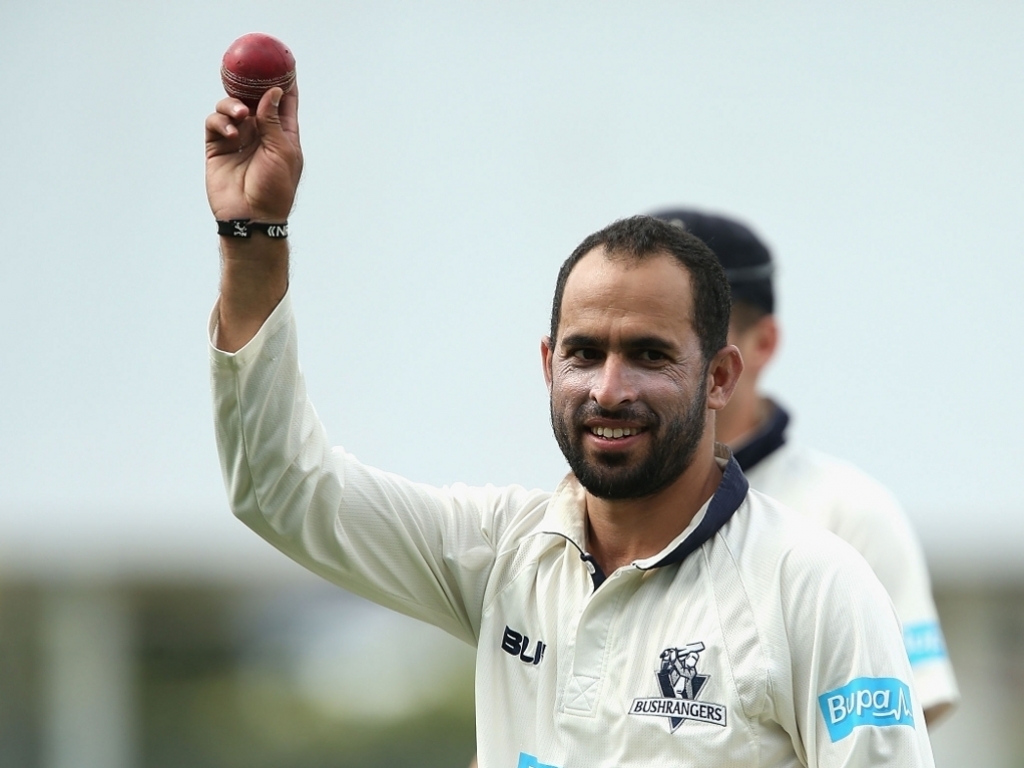 Australia leg-spinner Fawad Ahmed is looking forward to playing Test cricket for the Baggy Green, having been recalled to the side after fading out of contention since his ODI debut, but says he wasn't aiming for that yet.

Fawad does not have a Test cap yet, and last played for the Aussies in the shorter formats in September 2013, but has since surged back into Ashes contention by topping the wicket table in the Sheffield Shield, taking 48 wickets.

His original call up was rushed and pushed forward by the government as they cleared him to play after he took Australian citizenship, moving from Pakistan. He did not fare very well in England back then, but this time he hopes it'll be different.

Fawad said: "I changed my mind, I took the pressure off and I wasn't looking to play for Australia so soon, rather playing more for Victoria and performing at Shield level, that was the most important thing for me.

"I was busy with that and it was pretty tense for me and I bowled well at that time as well and I was looking forward to representing my country, but after cricket there were so many things happening so quickly.

"It really rushed me and I didn't take the pressure. This time it will be different and better."

The spinner thanked his Bushrangers skipper Matthew Wade, himself not called to the Test squad as back up to Brad Haddin, and coach Greg Shipperd for their help, and for allowing him to come back to form in his own time.

He continued: "All the Victorian boys helped me, especially the coach Greg Shipperd and Matthew Wade, he's been a really improved captain this year.

"He really supported me behind the wicket and at training as well this year we've worked together. I got close to him this year. Last year was a terrible year for us and not good for me as well.

"But it's been great to be a good friend with the captain so he can support you and he really trusted me throughout the season He really helps me to bowl well and gives me confidence.

"We have a great system in this country, it's amazing, and this is such an amazing country. Everyone has an opportunity.

"If you work hard and you perform well there will be opportunities for you, it could be anyone and before starting this season I really worked hard and it was my aim to play more games for Victoria, and being a bowler to create more opportunities rather than take wickets.

"I bowled well, so I'm excited and looking forward to it."