Ferguson lauds team effort after man of the match award 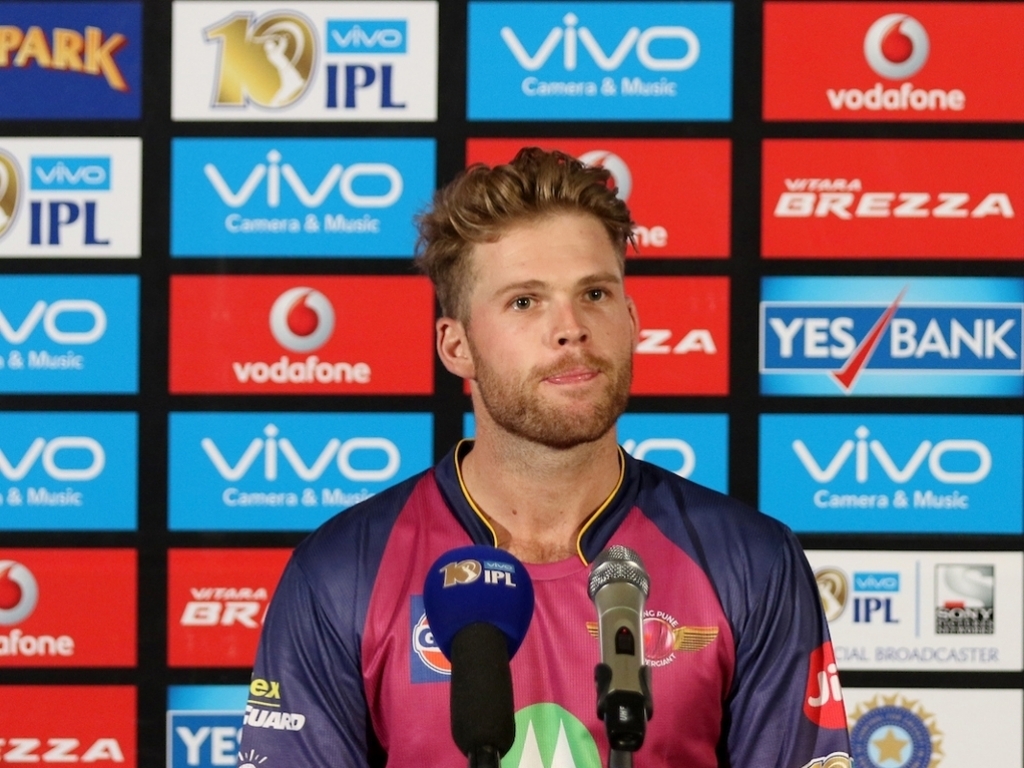 Black Caps and Rising Pune Supergiant quick bowler Lockie Ferguson has lauded the effort of his fellow bowlers after he was named man of the match in the win over RCB.

Top order batsmen Rahul Tripathi, Steve Smith and Manoj Tiwary provided a good platform but RPS failed to really launch at the death leaving the bowlers with a job to do.

It would be Ferguson who took out the heart of the RCB middle order after Jaydev Unadkat had snapped up the wicket of Travis Head.

Ferguson claimed the prize wicket of AB de Villiers, was involved in the run out of Kedar Jadhav and had Stuart Binny hole out to deep square leg to end with figures of 2 for 7 in his four overs.

RCB could only manage 96/9 in their twenty overs continuing their run of poor form.

The quick said after the match: “I think we were probably 15-20 short today, but we started really well, which made my job easier. I could create some pressure.

“The boys were incredible, and obviously, feels pretty good to do well personally well too. My strength lies in back of a length, I try to bowl a few cutters as well. But credit to the other guys as well for building up the pressure, I couldn’t have done it without that.”

Skipper Smith was delighted that RPS have found some form after an early slump and are up at the right end of the table at the business end of the tournament.

Smith didn’t hold back his praise for the quick bowler whose miserly opening saw RCB gather just 17 runs in the powerplay.

The Aussie skipper said after the game: “It’s nice to have a got a nice little streak going.

“We didn’t know what would be a good score at the halfway mark, to be honest, but we wanted a complete performance today and we got that. We executed our plans really well tonight, Lockie Ferguson bowled beautifully.

“They’re being very consistent for us, hopefully, then can continue it and win us a few more games. It’s a magnificent effort from Lockie, hit good lengths and bowled good bouncers as well. He is an exciting player for the future.”