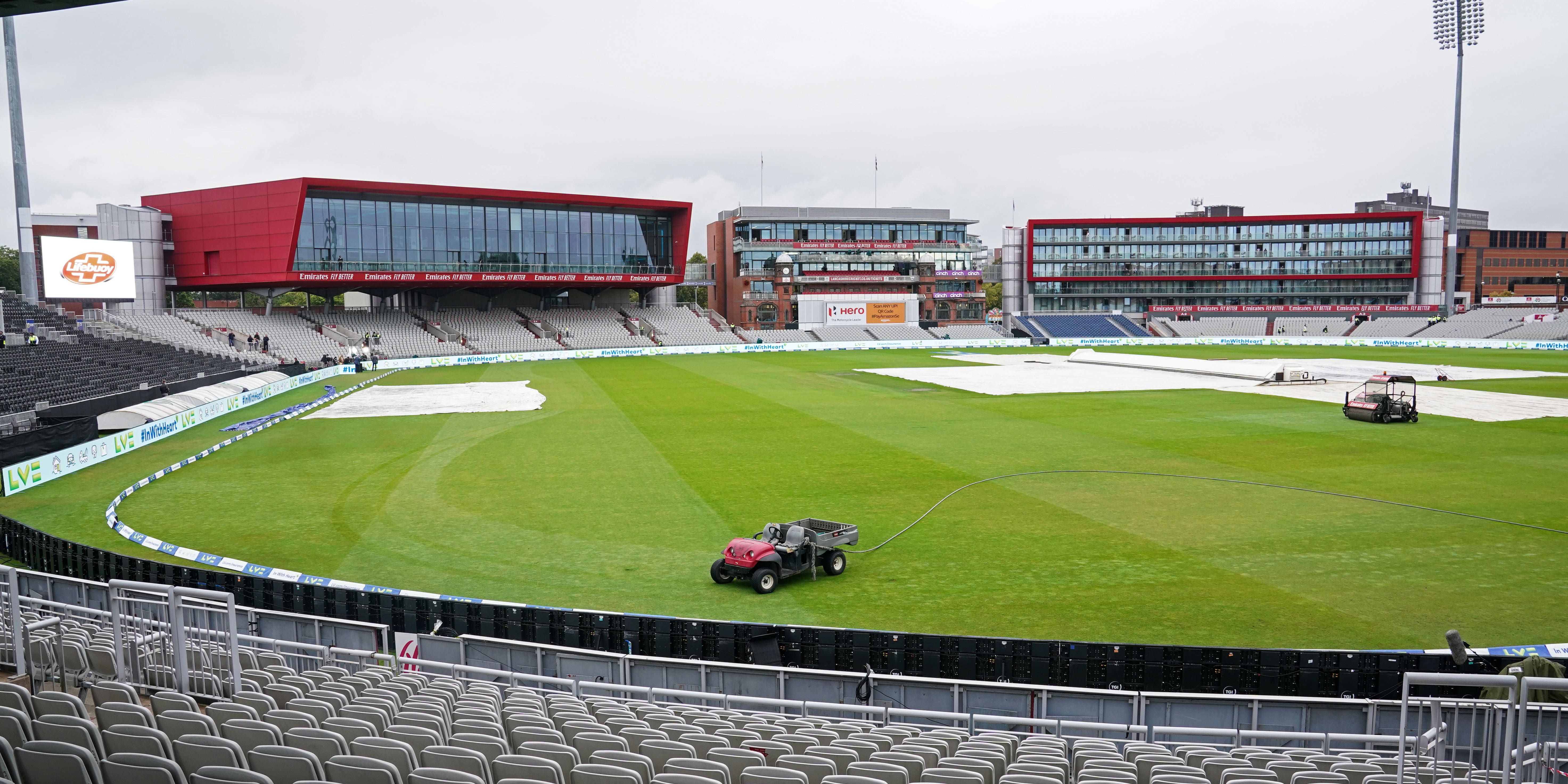 The series-deciding Test between England and India was sensationally cancelled on the morning of the match after the tourists were unable to field a team due to concerns over Covid-19.

The fifth LV= Insurance Test was due to get under way in Manchester at 11am but little more than two hours before the scheduled start a statement from the England and Wales Cricket Board confirmed the game would not be taking place.

The ECB initially said that India will “forfeit the match”, although that wording was removed in an updated version, suggesting negotiations between the respective boards remain ongoing.

Concerns over the viability of the fixture first appeared on the eve of the match, when India cancelled their final training session and failed to complete their mandatory press conference.

It later emerged that the squad was confined to its hotel after a new positive case was returned by one of their backroom team.

Head coach Ravi Shastri had previously tested positive for the virus during the fourth Test at the Oval, where he remains in quarantine with bowling coach Bharat Arun and fielding coach Ramakrishnan Sridhar.

The threat appeared to recede when a fresh round of PCR testing among the remaining members of the travelling party came back negative, but after intense negotiations between the ECB and the Board of Control for Cricket in India the game was cancelled.

It is understood that a number of Indian players harboured concerns over the spread of the virus and were unwilling to take the field, meaning the tourists could not put up an XI.

The revised ECB statement read: “Following ongoing conversations with the BCCI, the ECB can confirm that the fifth Test between England and India Men due to start today at Emirates Old Trafford, will be cancelled.

“Due to fears of a further increase in the number of COVID cases inside the camp, India are regrettably unable to field a team. We send our sincere apologies to fans and partners for this news, which we know will cause immense disappointment and inconvenience to many. Further information will be shared in due course.”

England completed their own pre-match preparations on Thursday, planning for business as usual. Vice-captain Jos Buttler acknowledged there was some uncertainty given India’s no show at the ground but was left hoping for the best.

“At present we’re fully expecting the game to go ahead and we’re preparing to play – fingers crossed the game will go ahead,” he said on Thursday.

“We don’t know too much to be honest. It would be naive to speculate too much on stuff I don’t know about. Things are all fine in our camp.”