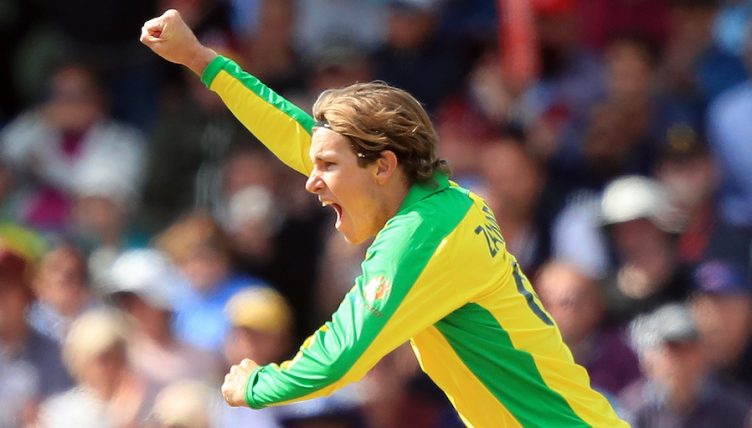 Australia captain Aaron Finch has refuted suggestions that spinner Adam Zampa tampered the ball during their defeat to India.

Speculation emerged on social media that Zampa had artificially altered the condition of the ball based on some footage circulating during Australia’s 36-run defeat to India in Sunday’s World Cup clash at The Oval.

But Finch poured cold water on any suggestions that another ball-tampering row could emerge by revealing that Zampa uses hand warmers.

“I haven’t seen the photos so I can’t comment,” said Finch.

“But I know he has hand warmers in his pocket, he has them every single game.”

Finch also responded to issues with the zing bails, which have so far proven somewhat difficult to dislodge.

“We were on the right end of it today, but it’s a bit unfair at times isn’t it?” said Finch. “I know it hit the stumps pretty hard. But it does keep happening more and more, which is unfortunate.

“You’d hate to see something like that happen in a World Cup semi-final or final, if you’ve done the hard work in setting up a batsman and then for it not be rewarded.