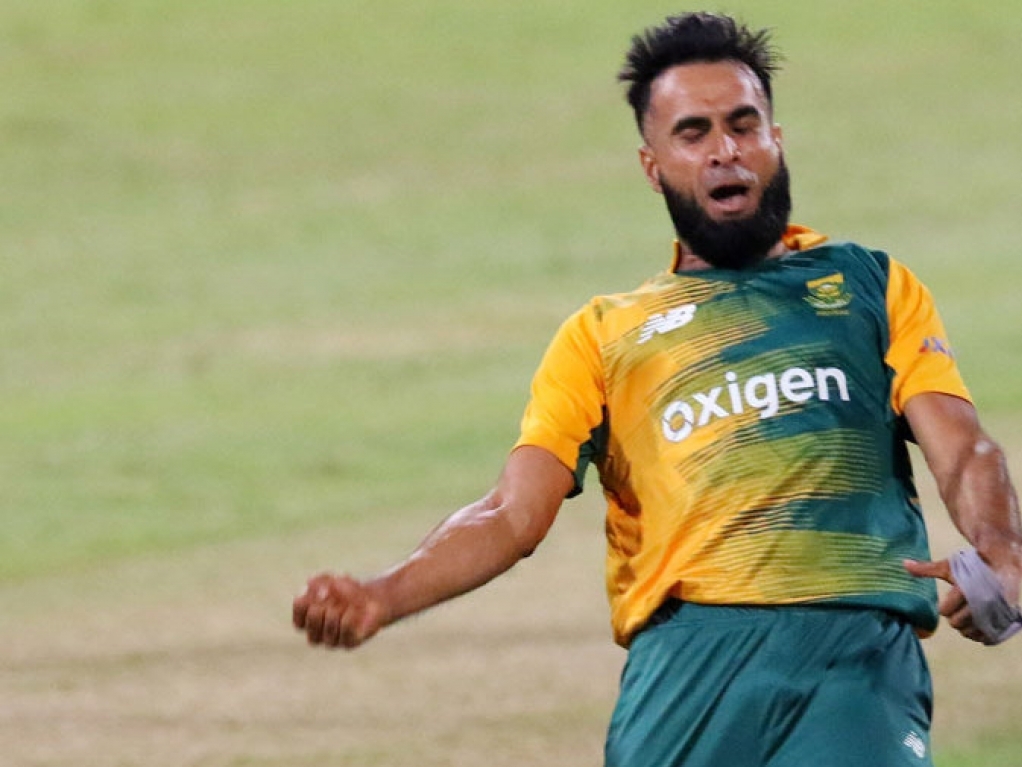 Australia opener Aaron Finch lamented his side's inability to keep calm against South Africa spinner Imran Tahir, and said the Proteas were right to assume the Aussies would be weak against him.

South Africa won the first T20 in Durban by three wickets, thanks to a David Miller half ton at the death, but it was Tahir's efforts with the ball that kept the target under 160.

The spinner took three wickets, including a rampaging Finch (40 off 18 balls) and the former T20 skipper said they made the oft-made mistake of thinking Tahir would be easy to get away.

Finch said after the game: "I think there were some times when our ego probably took over a little bit.

"When you're playing against a quality spinner on a wicket that's assisting him, we probably had to play a little bit smarter.

"Myself included – if I hit that full toss for six it could be a different scenario, you get Imran (Tahir) on the back foot.

"But we know once he gets his tail up and he's got some new batters to bowl to he's a hell of a bowler and someone who is tough to get away."

Australia are notoriously poor at playing spin, a concern considering the World Twenty20 will be played in India in a few days, and Finch said they would need to make quick changes to combat that weakness.

He added: "It's no secret that teams are targeting us with spin and rightfully so, we haven't played it all that well over the last little while in the shortest format.

"India took a lot of wickets with spin [in January] and again today, Imran took 3 for 21 and was all over us. It's something where we are going to have to look to change our plans.

"The guys are quality players of spin, and I think it's just about probably changing our mindsets slightly if we do have a few dot balls."