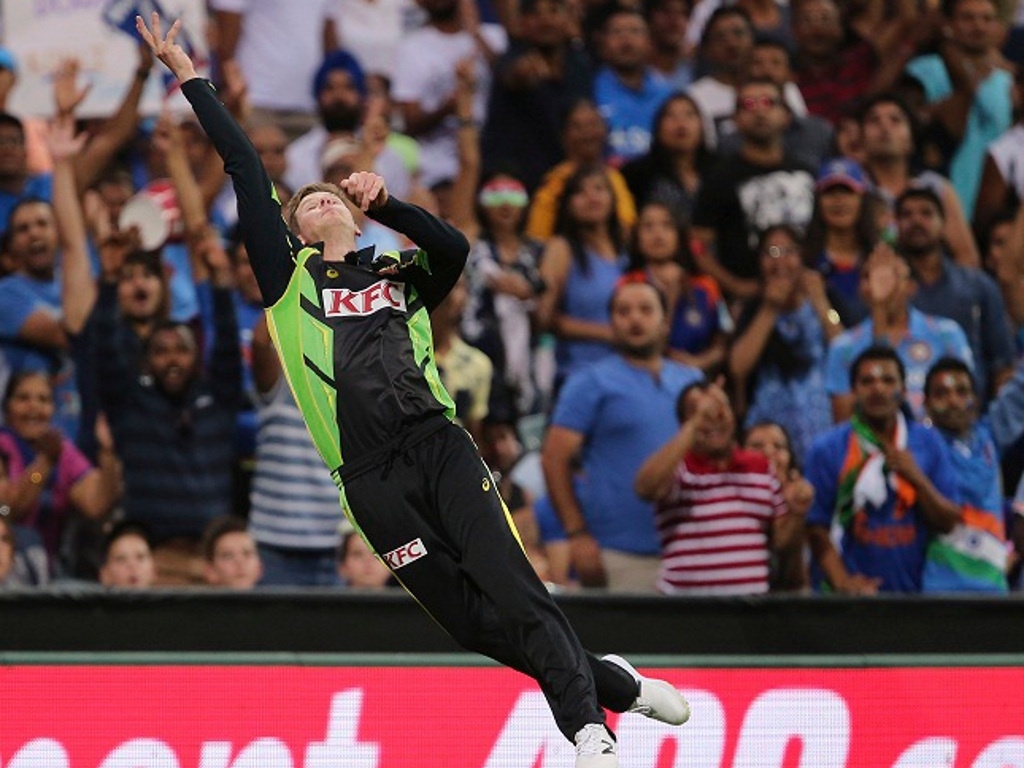 Australia T20 captain Aaron Finch was unimpressed with his team's efforts in the field against India in the first T20, and felt that such errors were the reason they lost the match by 37 runs in the end.

India scored 188 thanks to a blistering 90 not out by Virat Kohli, and Finch added to what ODI skipper Steve Smith had said after the Aussies lost the fifth ODI. Catching was a big issue in that game too.

Finch said of the two dropped catches in the T20: "We didn't help ourselves with our catching, it is something that we have seriously got to look at.

"It is two games in a row now, in two different formats, that has let us down."

He added: "At the end of the day, no-one means to drop them. Everyone trains hard, everyone caught them beautifully at practice.

"It's just one of those things that is a little bit contagious at the moment.

"All you need is someone to pull off a half-chance and everyone is back up and about again."

There are two T20s left, the next in Melbourne on Friday.