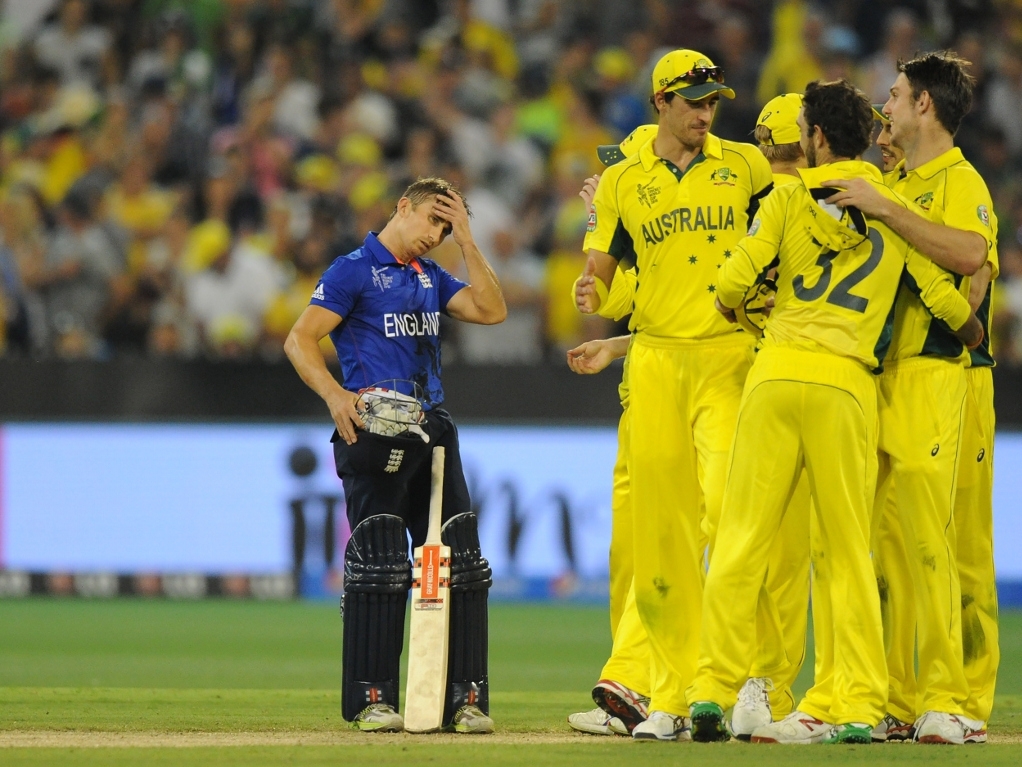 Aaron Finch starred with the bat and Mitchell Marsh excelled with the ball as Australia completely outplayed England in the opening World Cup match on Australian soil on Saturday.

Opening batsman Finch scored a magnificent 135 from 128 balls, as Australia recovered from 70 for three to post a more than competitive total of 342 for nine in their 50 overs in front of 90 000 fans at the MCG.

After David Warner and Shane Watson both fell on the same score, to the bowling of Stuart Broad, and Steve Smith went cheaply, Finch combined with stand-in captain George Bailey to put on a partnership of 146 for the fourth wicket, in 26 overs, to rescue Australia.

By the time Finch was run out in the 37th over, the home were in good position at 216 for four with some heavy hitting batsman still in the sheds.

Bailey, who is under pressure to keep his place in the side with the imminent return of Michael Clarke, was out soon after Finch, bowled by fast bowler Steven Finn for a well-played, captains knock of 55.

Australia got the late innings finish they required to post a big score, as Glenn Maxwell (66), Mitchell Marsh (23) and wicketkeeper Brad Haddin (31) played the big shots to take them over the 340 mark.

The home team lost a flurry of wickets in the last over of the innings as they tried to clear the ropes, with Finn benefiting the most by taking a hat-trick with the last three deliveries of the innings to finish with figures of five for 72.

England lost early wickets in their bid to chase down the score, and never recovered to put any meaningful partnerships together, with the highest being between Chris Woakes, batting at number eight, and James Taylor, as they put on 97 for the seventh wicket. At that stage though the match was over as a contest.

Taylor was the only batsman who showed the application needed on the MCG pitch, as he ended on 98 not out, while the next highest score was Woakes with 37.