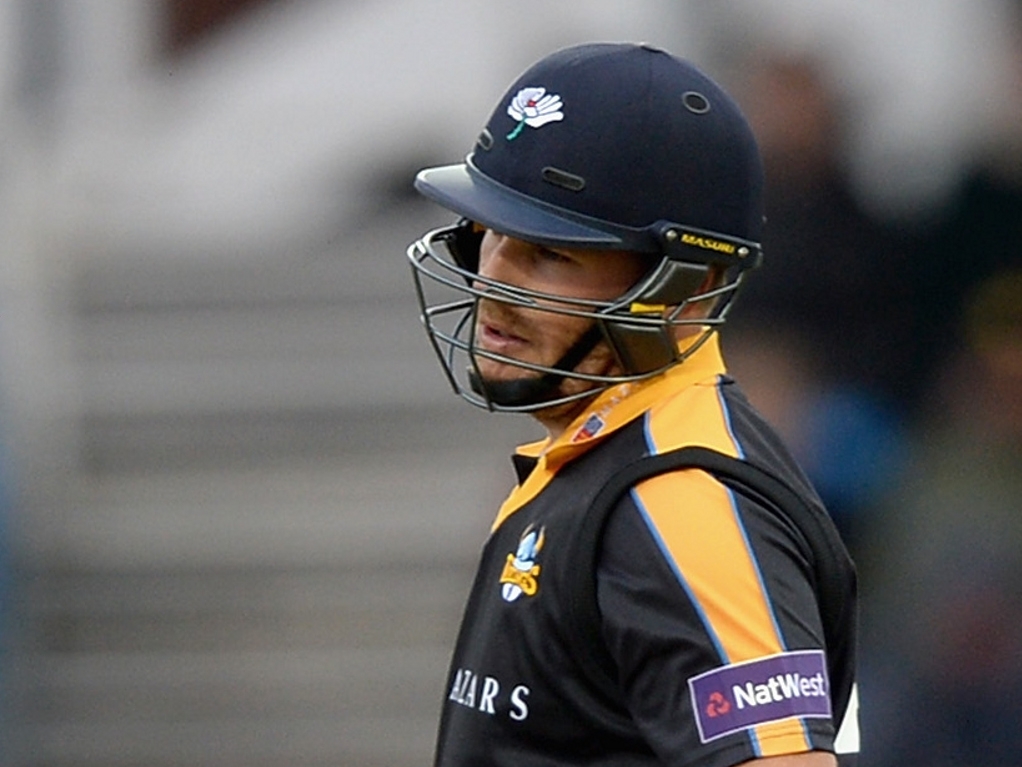 Australia opening batsman Aaron Finch is back on the road to recovery, saying he hopes to be playing 'very soon' after resuming training following surgery on his fractured foot.

Finch was ruled out of Yorkshire's season in mid-July when scans revealed he had a broken metatarsal (the bones on the top of your foot) and he went back to Australia for surgery.

It was his second major injury this year, as he had only recently recovered from a hamstring injury that had ruled him out of the IPL early in the tournament.

Finch tweeted on Thursday: "Had my first running and batting session today after surgery! Foot felt good, hoping to be back on the park very soon!!"

He was replaced at Yorkshire by Australia team-mate Glenn Maxwell, and Finch has been recovering by going on holiday to Hong Kong, as pictures and tweets over the past week showed.