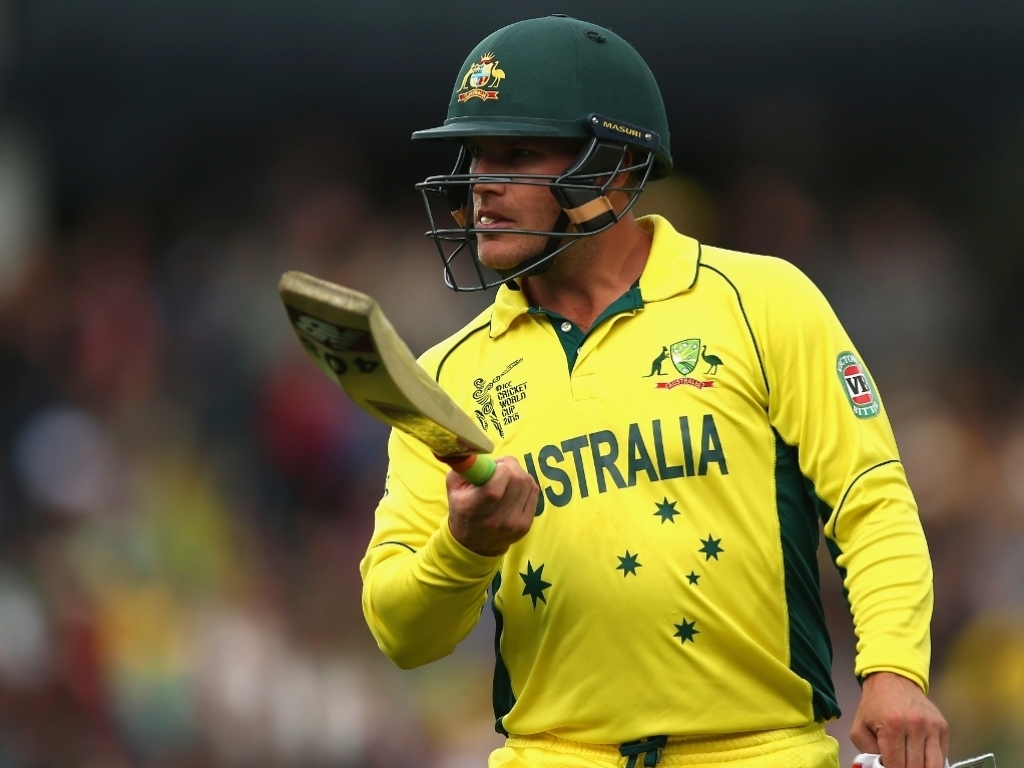 Despite smashing a rapid fire fifty that helped Australia win the first ODI against Sri Lanka in Khettarama, opener, Aaron Finch has been highly critical of the pitch.

Australia have been unhappy with many of the wickets they have had to play on this tour, and Finch took exception to the turning track they encountered on Sunday, regardless of the fact that the venue is renowned for being a spinner's paradise.

Finch said: "I don't think I've ever played on a wicket that spun that much,

"It was a pretty poor wicket I think. For balls to be going through the top from the second over – Josh Hazlewood to Tillakaratne Dilshan – for the second over of the game, I think that was pretty poor. We played well to track down that total.

"It seemed like a different spinner was bowling every over. They've got plenty of options and we played exceptionally well with the bat to get across the line."

The opener felt aggrieved that the practice pitches they were presented, played differently to matchday conditions: "The ones next to it that we've been training on have been pretty good wickets. They started to spin a bit yesterday – late yesterday.

"I don't think I've seen any wickets that have spun to that extreme – particularly in a one-day game. I suppose the wickets that we trained on were probably not very similar, to be fair."

Finch certainly coped with the pitch better than anyone else, at least in terms of his rate of scoring, striking considerably quicker than any other batsman who made it passed a score of 25.

The aggressive batsman added: "I think the way that the game panned out, we noticed that as soon as the ball got a bit older, it started to spin quite big and it wasn't coming on to the bat.

"We just made a call to try and take on the new ball. Generally in the subcontinent that is the way to play. It came off today for a little bit, so it was nice to get the team off to a flyer. I think that's generally the way that games go on wickets that are so slow and low."

Finch had plenty of good things to say about teammate, Mitchell Starc, who became the fastest man to take a hundred wickets in ODIs, reaching the mark in his 52nd game, one game quicker than Pakistan's Saqlain Mushtaq.

Finch said of Starc: "It's a fantastic achievement from Mitchell – he's been the best in the world for a number of years now,

"When he gets it right there's absolutely no one better around. We were aware of the record. We thought that he'd get it in the tri-series in the West Indies, in June, but he didn't get any wickets in the final."

Finch's worst moment of the game came when he dropped a high ball on the boundary off the bowling of James Faulkner, the opening batsman praised the allrounders efforts in bouncing back and taking 4 for 38: "Faulkner was fantastic,

"When you've got three or four different kinds of slower balls, it's a huge advantage. You can always make sure it's turning away from the bat. He was a bit unlucky early – I lost one straight in the sun. He probably thought it was going to be one of those days, but he stuck to the basics well and kept doing what he's very good at."