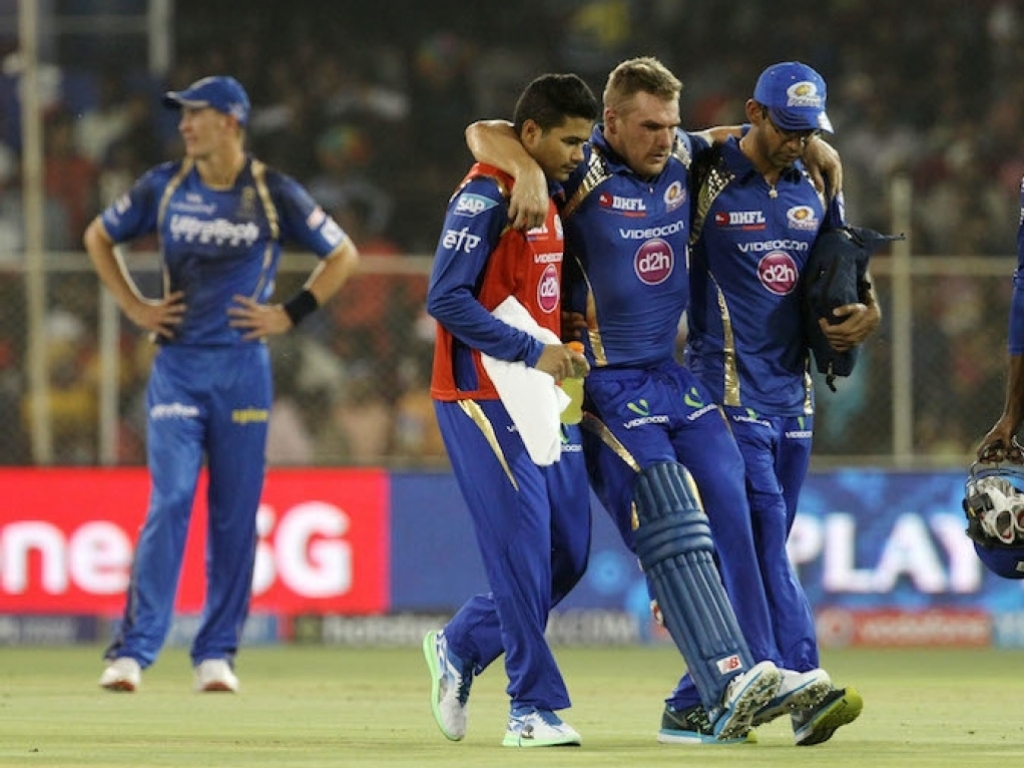 Australia opening batsman Aaron Finch is looking to finish his rehabilitation from hamstring surgery as much as a month earlier than planned, saying he's taking an aggressive approach so that he can run out for the Tykes.

Finch popped his hamstring while playing for the Mumbai Indians early in the tournament. He underwent surgery three weeks ago, and is eager to make sure he can still play for Yorkshire, cutting a big chunk off his recovery time.

Finch told cricket.com.au: "I'm hopeful to be back in six to eight weeks. The physio is not quite as aggressive as me (but) I'm seeing the surgeon and he's really positive as well.

"Hopefully I'll get to Yorkshire about a week later than I was originally planned to from the IPL, which would be a great result personally to get over there and play cricket.

"Luckily (physio Alex Kountouris) has been through quite a few of these with Michael (Clarke) and the Marsh brothers and (Nathan) Coulter-Nile so he's right across the rehab and recovery.

"It's second to none. I couldn't be in better hands."

Rehab hasn't been as relaxing as one would think though, with Finch saying: "This is the first time I've missed cricket through an injury. Sitting at home doing nothing and rehabbing is very boring.

"I think there's been times when you've been playing a lot and you think to yourself, 'Geez I'd just love a break, just a week or two off'.

"But when you get it… it took me about a week before it started getting to me. I've just been walking around the house with my bat in my hand wanting to play and wanting to train.

"Luckily I've had 10 good years without any injury so a small setback like this probably isn't the worst thing, especially after such a huge summer and winning the World Cup, it's nice to sit back and reflect."