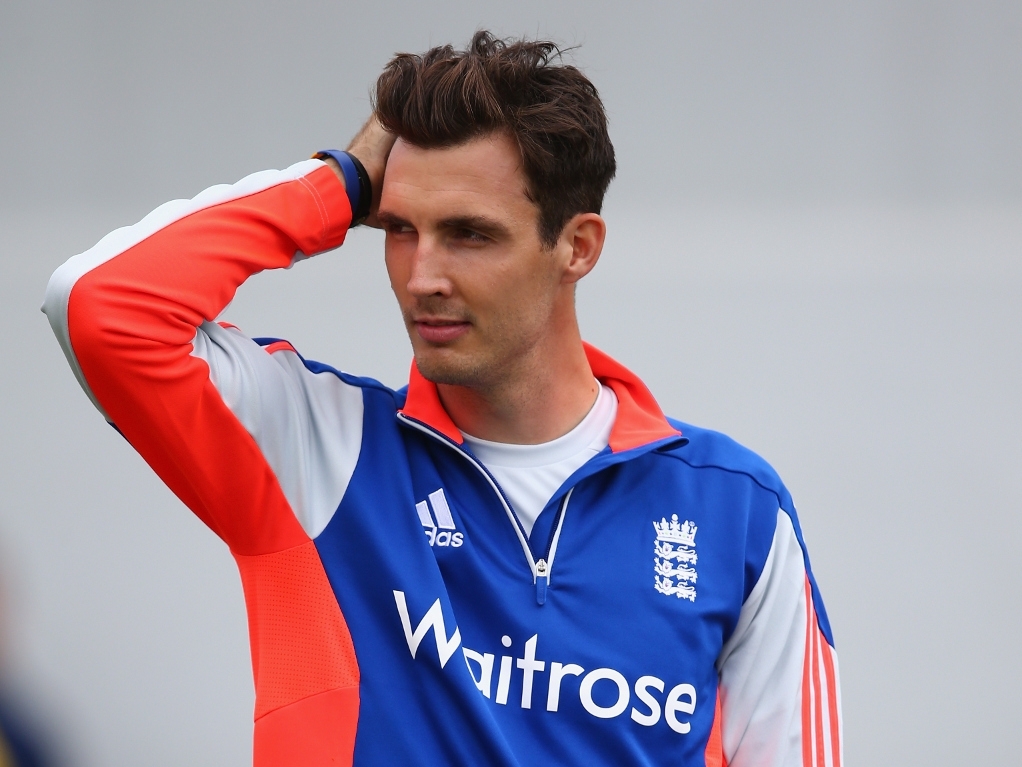 England fast bowler Steven Finn admitted his team had a 'very poor day' but said they will fight to the bitter end against Australia in the fifth and final Ashes Test at the Oval.

The home side were 107 for eight at stumps on day two after the Aussies posted 481 all out after resuming on 287 for three in the morning.

Finn, who was England's best bowler with figures of three for 90 in 29.1 overs, spoke of his disappointment after the day's play even though he celebrated taking his 100th Test wicket.

The 26 year-old said they still took pride in their performance even though the series is already won with the hosts being three-one up.

A right-arm paceman, Finn said: "We are disappointed about the way we played today. We have had a very, very poor day and there is no hiding away from that.

"Every time we put on an England shirt you want to do your country justice and the people who have paid money to watch.

"Australia, credit to them, batted very well and then showed us how to bowl on this pitch. But we'll come back tomorrow and fight as hard as we can.

"It's a good wicket. Australia's bowlers got a lot more out of it banging it on a very good length and hard than we did. We hold our hands up.

"There's fight in this yet. At the end of five days we can sit down in the dressing room, look each other in the eyes and say we fought as hard as we could."