Home Countries England Finn:England to battle to the end

Finn:England to battle to the end 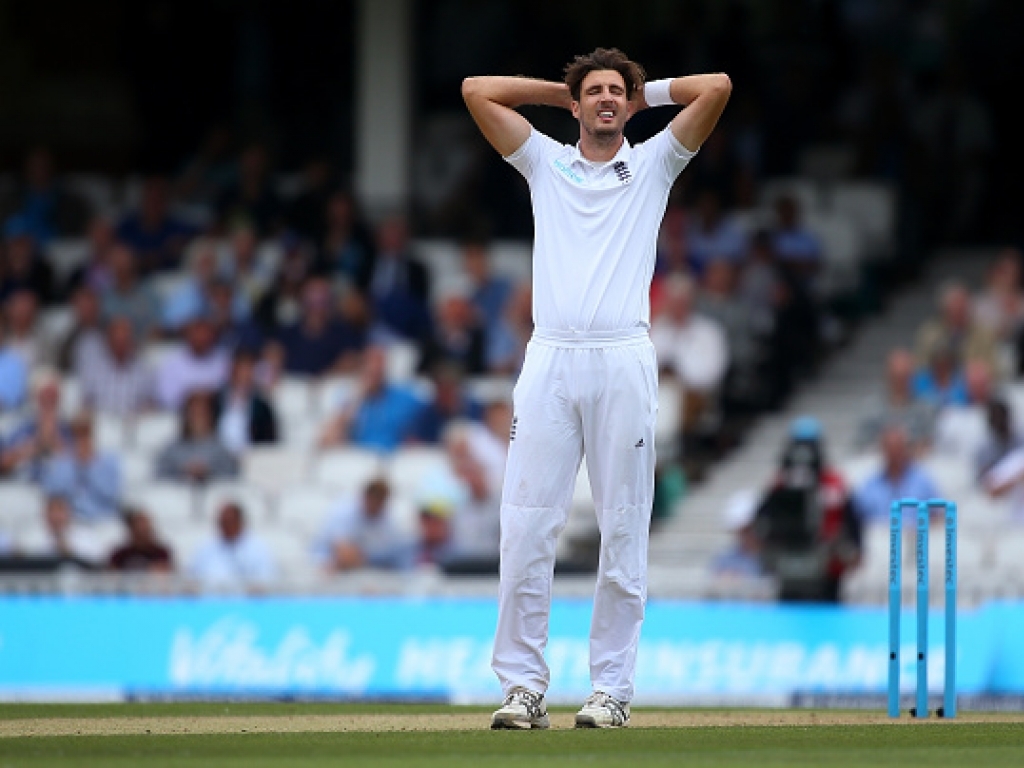 Despite facing almost certain defeat in the fourth and final Test of the series against Pakistan, Steven Finn says England will fight to the bitter end.

England are still 126 runs behind their opponents with just six wickets left in hand after a brilliant Younis Khan double ton put Pakistan in the driving seat but the home side are determined to fight.

"It's going to be difficult for us in this position – but we've found ourselves in these positions before.

"We've fought hard to try make the most of what we have in this game, so we'll most definitely come out tomorrow to try to bat all day with the six wickets we have left and see where that can get us."

Finn admitted that England were outplayed by the likes of Younis and Asad Shafiq, who struck a century after getting a pair at Edgbaston: "You have to give credit where credit is due, and they played very well,

"The two guys who got hundreds played fantastically, negated us and got us tired – fielding 140-odd overs – and they reaped their rewards."

Despite being out of form for much of the series, Younis showed his class and left the big fast bowler in awe of his incredible abilities.

The paceman remarked: "Younis is a world-class player,

"To score more than 9,000 Test match runs and 32 centuries, that says something about the man.

"We knew he'd come to the party at some stage … we were just hoping it wouldn't be in this series.

"Hats off to him. We threw everything at him; we threw short-pitched bowling, changes of angle on the crease, chopping and changing the bowling … but he had answers for everything."

Finn conceded that England didn't get their second innings off to the best start: "Losing four wickets in that evening session obviously hurt us,

"But they batted very well, and then didn't let us get away to a flier – which we sort of did at Edgbaston, and releases the pressure on us."