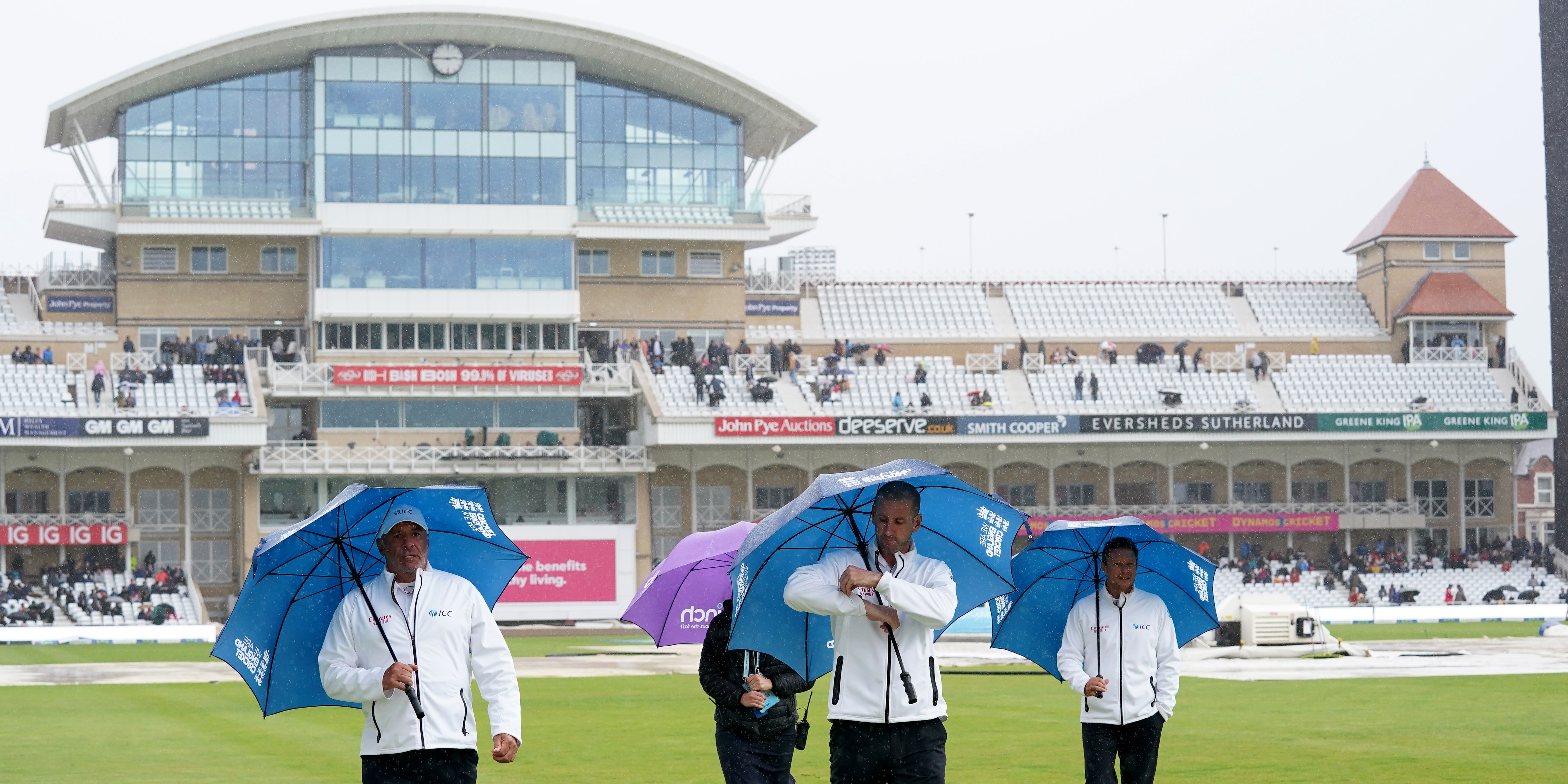 The prospect of a dramatic finale to England’s first LV= Insurance Test against India was washed out at Trent Bridge, with day five abandoned due to rain without a ball bowled.

Things were finely poised with India 52 for one chasing a winning mark of 209. With 157 runs or none wickets needed to settle things, even half a day’s play would have been enough to get a positive result.

But as it was the players never even made it out of the pavilion, with morning showers continuing into the afternoon and gradually eating away at the available time. In the end, at 3.49pm, the umpires made the inevitable call to draw the curtain down.

While England were still in with a chance of victory after a day four fightback built around Joe Root’s wonderful second-innings 109, there is no doubt that the tourists will feel most aggrieved by the result having manoeuvred themselves into a winning position from the moment they dismissed England for 183 on the first evening.

For Root it maintained a proud record of never losing a Test in which he has scored a century, with his 21 hundreds contributing to 16 wins and five draws.

The sides will now head south for Lord’s, where they will begin the second Test on Thursday.