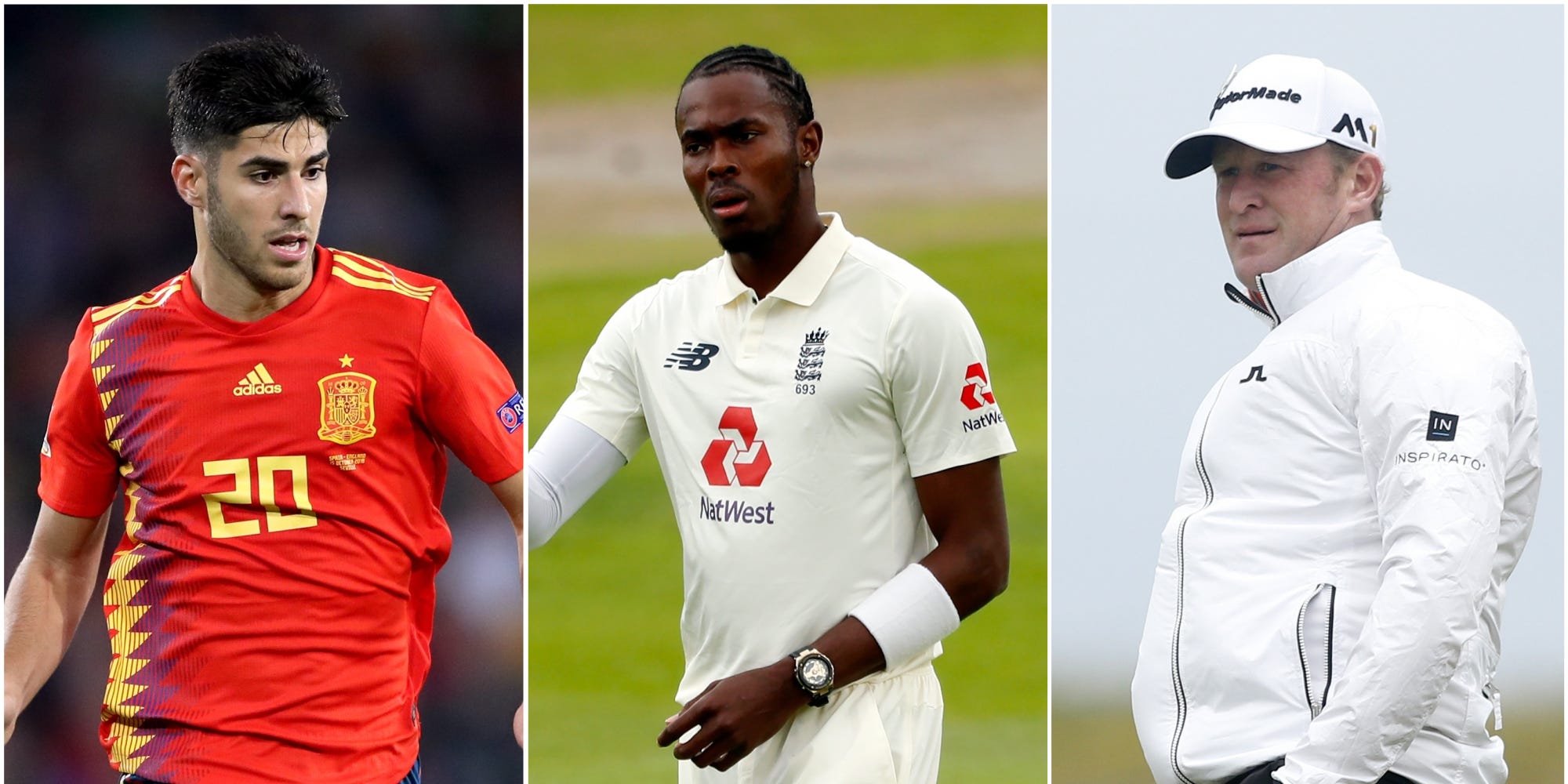 In the latest incident of freak injuries in sport, England bowler Jofra Archer has needed surgery for a cut on his hand after he dropped a fish tank whilst cleaning at home prior to travelling to India for the recent Test and white-ball series.

The paceman was able to manage the injury on the sub-continent but England men’s managing director Ashley Giles revealed on Monday evening that the 25-year-old required an operation to remove a small fragment of glass from his hand, while also receiving an injection on his troublesome elbow.

Here, the PA news agency looks at other sports stars who have suffered unusual injuries.

England batsman Zak Crawley missed the first two matches of England’s Test series against India after slipping on a marble floor and spraining his wrist ahead of the series-opener. Crawley was leaving the dressing room in Chennai on Tuesday when he took a tumble on the uncovered surface and landed hard on his right hand.

South Africa were forced to issue a late SOS the night before their third Test against England in January 2016 after wicketkeeper De Kock slipped and twisted his knee while walking his dog. The injury worsened overnight, prompting a late call-up for Dane Vilas. And while De Kock might want to forget the nature of the injury, South Africa will also want to forget the result after losing by seven wickets, which handed England the series.

Rooney, then captain of England and Manchester United, caused controversy in 2015 when a video emerged of him boxing in his kitchen with former team-mate Phil Bardsley. A blow from Bardsley floored Rooney, who fell backwards on to the floor. After the video was aired, Rooney celebrated a goal against Tottenham by shadow boxing and then pretending to hit the deck. “I was in a house with some friends. Obviously I was caught on the wrong end of a punch, but I wasn’t knocked out like it was reported,” Rooney said.

Having spent time in intensive care in 2019 after suffering a catalogue of injuries in a horror crash during a recon ride at the Criterium du Dauphine in the summer, Froome had to return to hospital later that year. This time, though, it was because he had cut his thumb on a kitchen knife. The four-time Tour de France winner required surgery to repair the tendon in his left thumb.