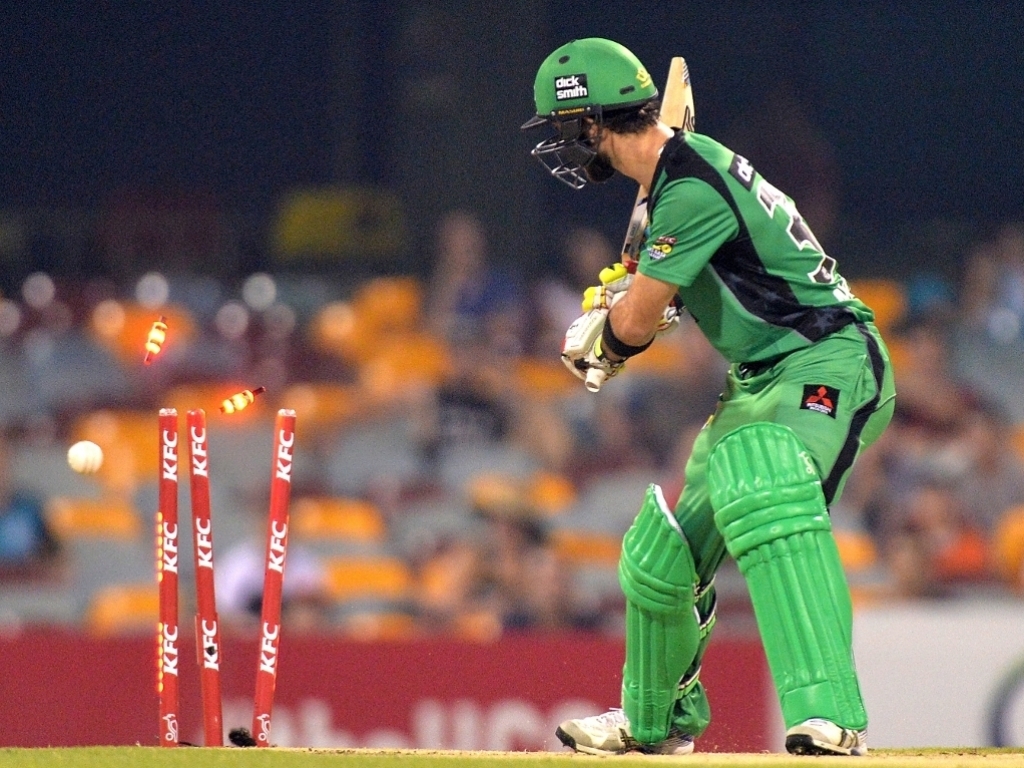 Former England all-rounder Andrew Flintoff, playing for the Brisbane Heat in the Big Bash League, has defended Australia's Glenn Maxwell's batting tactics, saying the all-rounder will win games on his own.

Maxwell came under heavy fire on Sunday when he was playing against the Heat for Melbourne Stars, and was out in the most bizarre fashion. He charged down the wicket the first ball he faced, and then stopped his shot, and just watched the ball hit the stumps.

The Stars went on to lose their third straight game, with Maxwell failing for a third time, but Freddie urged Australia selectors not to give up on the batsman, who has a reputation for playing very inventive innings.

Flintoff said: "It was strange but Glenn is a fantastic player and I saw him make 160 (for Hampshire) against Lancashire this year in a 50-over game and play shots that I'd never seen in my life.

"Sometimes you are going to get the horrendous dismissals but on the flip side you will get the special innings as well.

"He's a guy who's easy to heap criticism on but I think that's unfair. He's an entertainer and crowds love to come out and watch him.

"There's all the good things he does as a player and you can't have it both ways."

Flintoff added that Maxwell would be key for Australia in the World Cup, particularly because you can't predict what he's going to do.

Freddie added: "The one thing I like about Glenn as a player is he's selfless. His goal is not his wicket but scoring runs for his team.

"In a World Cup he's going to win you one or two games."