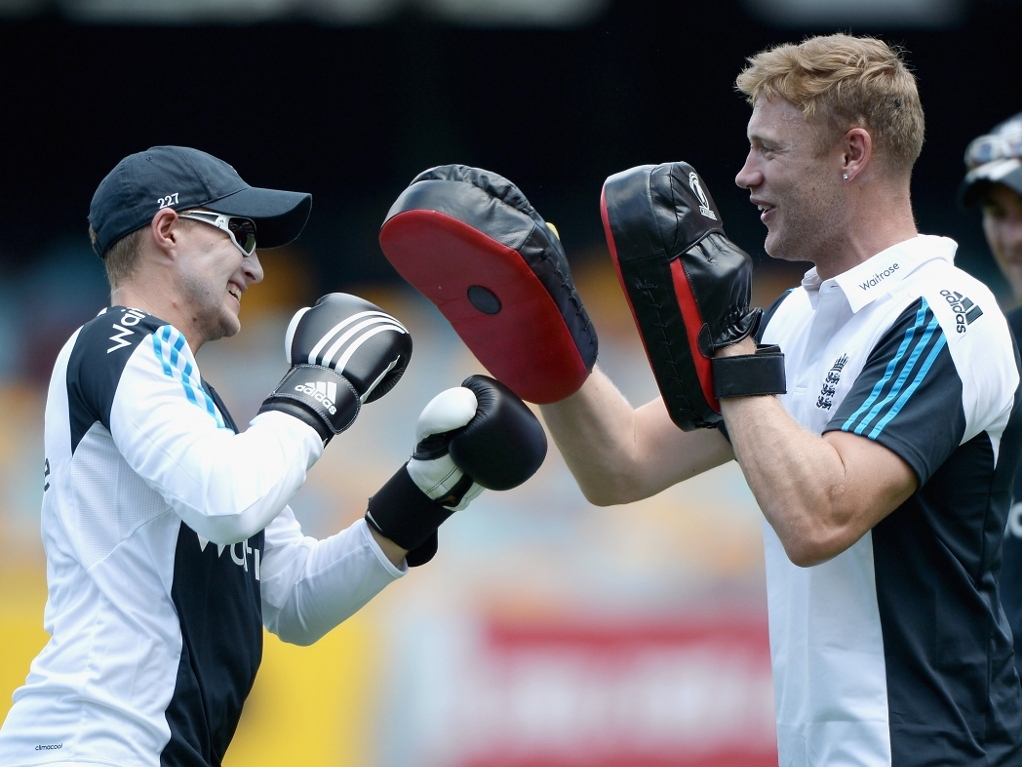 Former England all-rounder Andrew Flintoff took a break from his Big Bash League duties with the Brisbane Heat on Sunday and visited with his Three Lions friends, putting them through their paces with pads and ball.

Flintoff arrived at the Gabba on Sunday in a black t-shirt, but was soon in a sponsored polo shirt and tasked with giving the England batsmen a run for their money. He had mentioned the visit the day before.

Flintoff joked while doing commentary during the Big Bash on Saturday, saying: "In at the nets at the Gabba tomorrow with the English lads, I don't know whether I'm a net bowler or what but I'm going to do some work with them.

"I'll bowl the batsmen back into form."

His latter comment referred to England's defeat in the first tri-series match against Australia, in which only Eoin Morgan impressed with the bat and the Aussies won convincingly.

Flintoff bowled in the nets, and also put the players through their paces with some boxing drills, holding the pads for the players to hit. Flintoff has a spell as a proper boxer a few years ago, which got him back into fitness for a cricketing comeback.