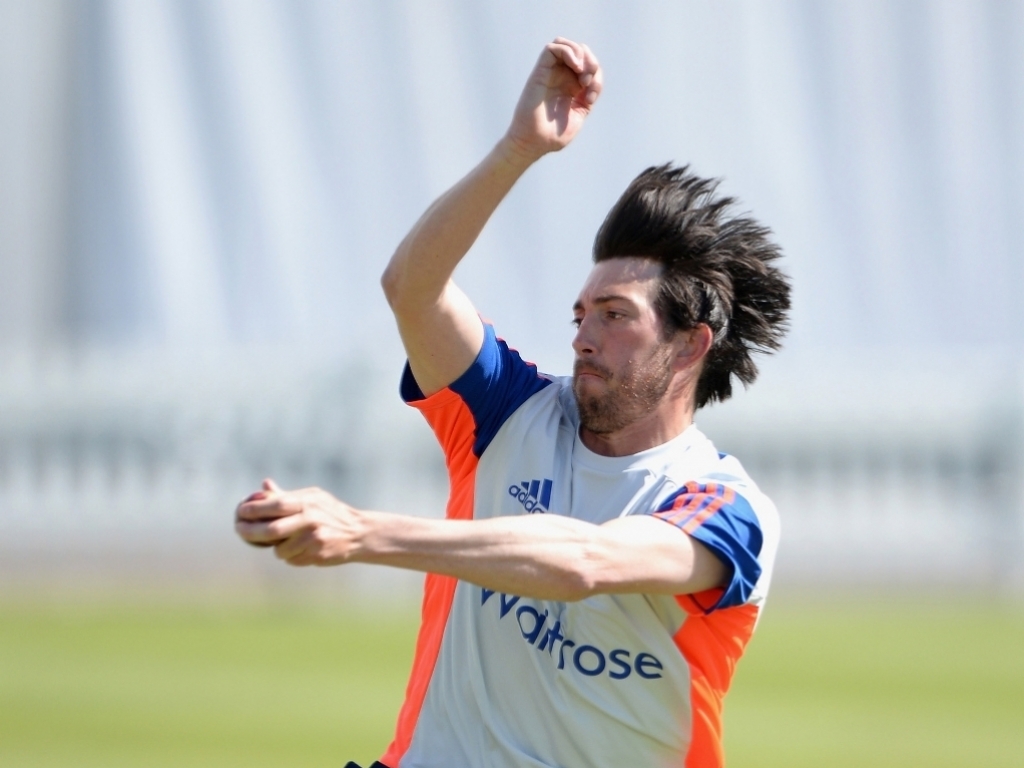 England fast bowler Mark Footitt says he is ready to step up and make his mark in Test cricket if he is given the opportunity in the upcoming Test series in South Africa.

The left-arm paceman is in the Three Lions' squad for the four-match series against the world's number one-ranked Test side, and is a strong contender to be selected as the third fast bowler with James Anderson and Stuart Broad.

With Steve Finn and Mark Wood both out of the tour with injuries, Footitt is vying with Chris Woakes and Chris Jordan for a place in the side, and he has no doubts that he can make an impact is he is given his debut in the longest format.

The 30 year-old Footitt is an experienced county cricketer having made 73 first-class appearances, taking 274 wickets at an average of just over 25, while he also offers variety to the attack bowling with his left-arm deliveries at more than 90mph.

Footitt said: "I think I'm 100% ready. I've had a good two or three years in county cricket and after stepping into the nets with the [England] lads I know my game and I know I'm as ready as I can be.

"I think it's just getting to a certain age and learning your game. When I was younger I was very raw, very pacy but didn't have much accuracy. But hard work has got me to where I am today. It's just an exciting time to be here really."

A former Derbyshire bowler who has now signed for Surrey, Footitt says he learnt a lot from another former England left-arm seamer, Ryan Sidebottom, while they played together at Nottinghamshire in his early years.

Footitt explained: "I was at Notts when Ryan was there and playing for England so back then it was very much trying to learn from him and speaking to him.

"I still speak to him sometimes nowadays. I have taken a lot from him playing one Test match and then coming back at a later age and doing well.

"It gives you that belief that whatever age you are you've still got a chance of playing international cricket.I think you just have to enjoy every day.

"It took a long time for me to get here but things happen and people develop at different ages and I seem to have developed a bit better in the past two or three years."

The first Test between England and South Africa starts on Boxing Day in Durban.