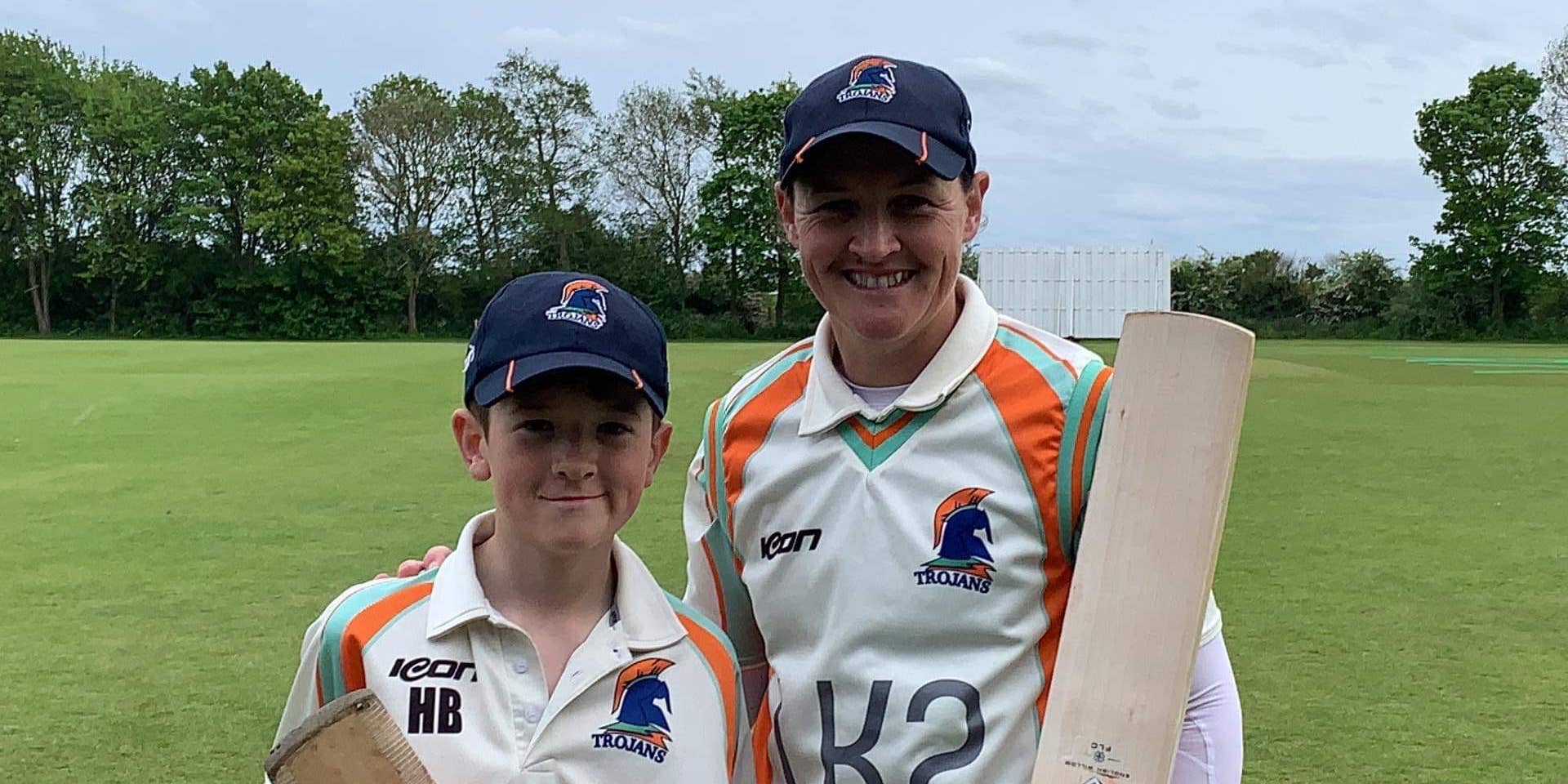 Former England cricketer Arran Brindle said she was “as proud as punch” of her son after combining with him for a match-winning century stand.

Brindle, 39, played 134 matches for England between 1999 and 2014, achieving unbeaten tons in both the Test and ODI formats.

On Sunday, however, she appeared for Owmby Trojans – who she coaches – in the Lincoln & District League’s third division due to a player shortage.

Facing Nettleham CC’s Academy XI, Owmby bowled their opponents out for 141 thanks in part to four wickets from Harry Brindle, Arran’s 12-year-old son.

The pair then combined to chase down Nettleham’s score in 32.3 overs, putting together an unbeaten opening partnership of 143 to claim victory by 10 wickets.

“In terms of any experience like that as a parent, you’re as proud as punch,” Brindle told the PA news agency.

“Because they’ve achieved something – sometimes they put too much expectation on themselves.

“As a parent, whether you’re a mum or a dad, you just want your children to be happy with what they’re doing.

“At the minute he seems to enjoy it.”

Brindle was most prolific internationally in the ODI format, scoring 1928 runs and taking 35 wickets in 88 games.

Asked whether Harry enjoyed batting with his mother, she said: “I think so, he came off and he had a big smile on his face.

“He did what he needed to do – we rotated the strike (and) he was able to put away the bad balls at the start.”