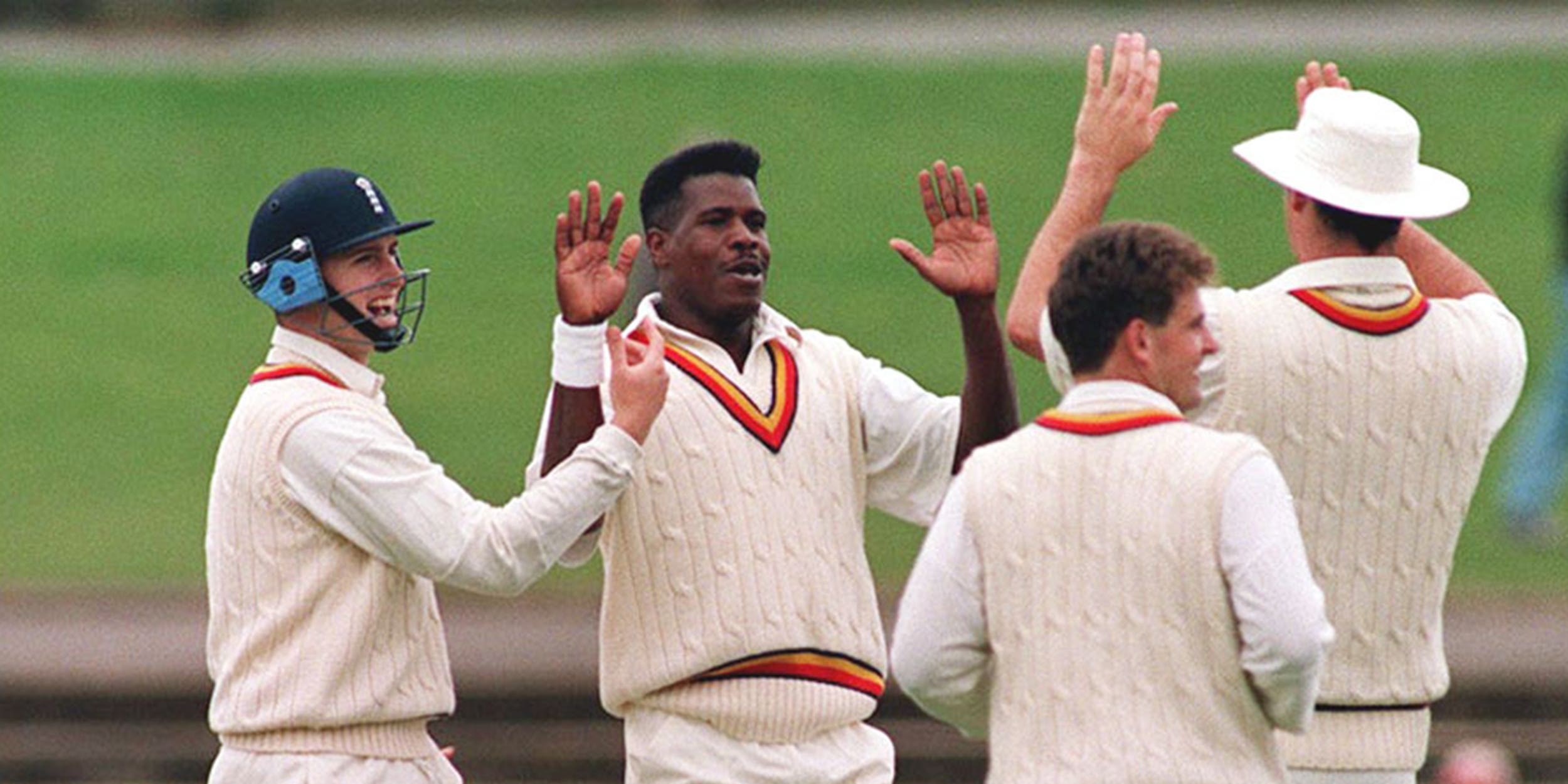 Former England fast bowler Joey Benjamin has died at the age of 60, his former county side Warwickshire have announced.

Benjamin was born in St Kitts but made his name in English cricket, signing for Warwickshire after a spell in the minor counties before enjoying a career-best stint at Surrey between 1992 and 1999.

At the age of 33 he played his only Test match on home turf at the Oval in 1994, taking a first-innings haul of four for 42 in a match best remembered for Devon Malcolm’s match-winning nine-wicket blast in the second.

He went on to tour Australia for the 1994-95 Ashes, picking up two one-day international caps. He finished his playing days with 387 first-class wickets at 29.94 and added 173 more in List A cricket. After retirement he coached at Reigate Grammar School.

Warwickshire said in a statement on Tuesday night: “It is with great sadness that today Warwickshire County Cricket Club has learned of the passing of former fast bowler Joey Benjamin.

“Benjamin enjoyed four seasons with the Bears where he made 25 first-class and 26 List A appearances, taking a combined 87 wickets across both formats.

“The thoughts of everyone at Warwickshire CCC are with Joey’s family and close friends at this difficult time.”

Benjamin’s long-time bowling partner at Surrey, Martin Bicknell, tweeted: “Just heard some shocking news about the loss of Joey Benjamin. Joey was one of a kind, incredibly popular in the Surrey dressing room back in the day, so sad. RIP Benjy”.

Former England and Yorkshire quick Darren Gough remembered his trip Down Under fondly, calling him “a great tourist” on Twitter.