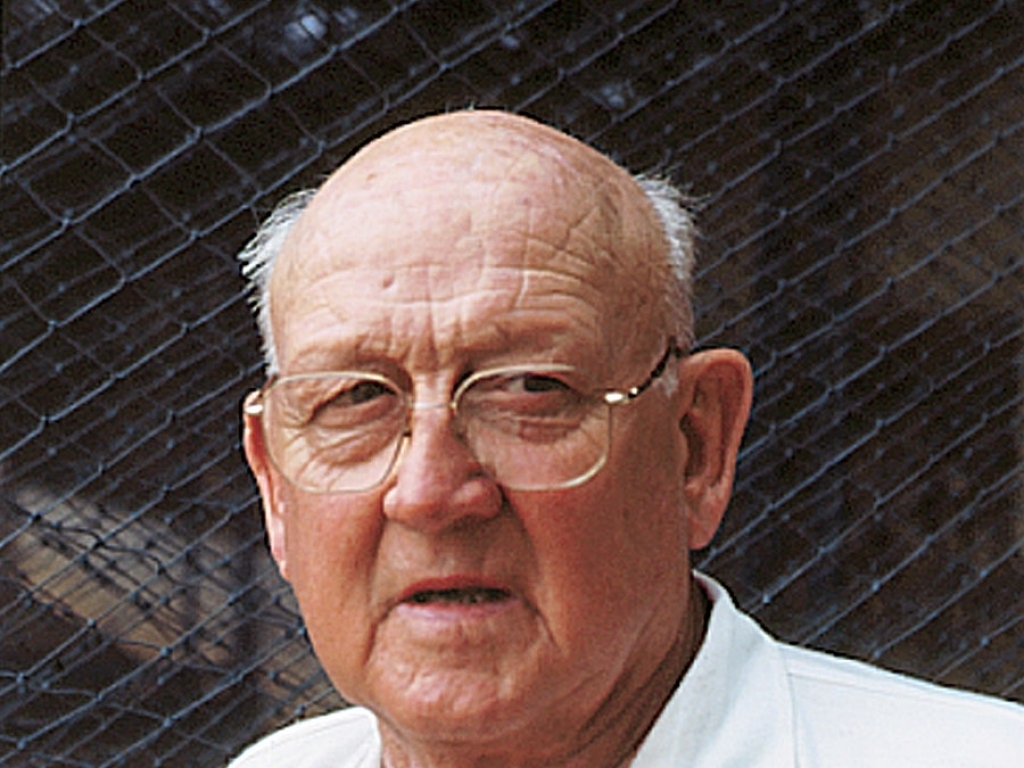 “Frank ‘Typhoon’ Tyson will forever be remembered as a great of English cricket,” Mr Sutherland said.

“Throughout his career he struck fear into the hearts of batsmen around the globe. But once his playing days were over he chose to settle here in Australia, the country where he had become a household name.

“Over many years he became a much-loved and greatly admired member of the Australian cricket community where he coached and mentored countless players in Victoria and Queensland.

“He also made a wonderful contribution to the coverage of the game in Australia as a broadcaster and cricket writer.

“Cricket Australia mourns his loss and extends its deepest sympathies to his wife Ursula, family and friends at this sad time.”

Sir Donald Bradman called Tyson the fastest bowler he’d ever seen and Richie Benaud agreed. In a first-class career spanning just eight years, between 1952 and 1960, Tyson was renowned for his ability to generate tremendous speed off only a short run up.

In Tests he took 76 wickets for England from just 17 Tests. His Test bowling average (18.56) ranks him 7th on the list of those who have taken at least 75 wickets. He finished his first class career with an impressive 767 wickets for an average of 20.89.

It was during the 1954-55 Ashes tour of Australia when ‘Typhoon’ Tyson came to prominence. The tour started with a defeat in Brisbane where he picked up figures of 1 for 160. He shortened his run up for the Sydney Test where he took 10 wickets. He picked up another nine more in Melbourne. During the first innings of the latter Test, Tyson took his best Test match bowling figures 7 for 27. It resulted in England coming from behind, winning the match and eventually the series. This spell is regarded by many who saw it as one of the fastest in history. Tyson collected 28 wickets in total that series and was named one of five Wisden Cricketers of the Year in 1956.

Injuries and career opportunities forced him to retire from the game before he reached 30. He emigrated to Australia and became a school teacher at Melbourne’s Carey Baptist Grammar School where he taught English, French, History and mentored a school cricket team that featured future Australian captain Graham Yallop. He also worked at Ivanhoe Grammar. He continued to play at club level, turning out as captain-coach for Melbourne University and also representing Footscray.

In 1975 he became the first-ever full-time Victorian Coaching Director, a position he held for 12 years. Among Tyson's many achievements as a coach were Victoria's back-to-back Sheffield Shield triumphs in 1978-79 and 1979-80.

Upon his retirement in 1987, Tyson was awarded Cricket Victoria Life Membership in recognition of his successful efforts in pioneering a "coaching the coaches" development program.

He was a cricket writer for the London Observer, Daily Telegraph, Melbourne Age, and contributed to the Cricketer International magazine. He also wrote a number of his own books.

Tyson was also a respected cricket commentator on Australian radio for 36 years and for Channel Nine between 1979 and 1986, and later in life became an accomplished amateur painter.

He and wife Ursula retired to the Gold Coast in Queensland where their children lived. He continued to coach and stay involved in cricket for several years with the Gold Coast Dolphins Premier cricket club and local district clubs, as well as assisting Queensland Cricket in specialist programs into the early 2000s.