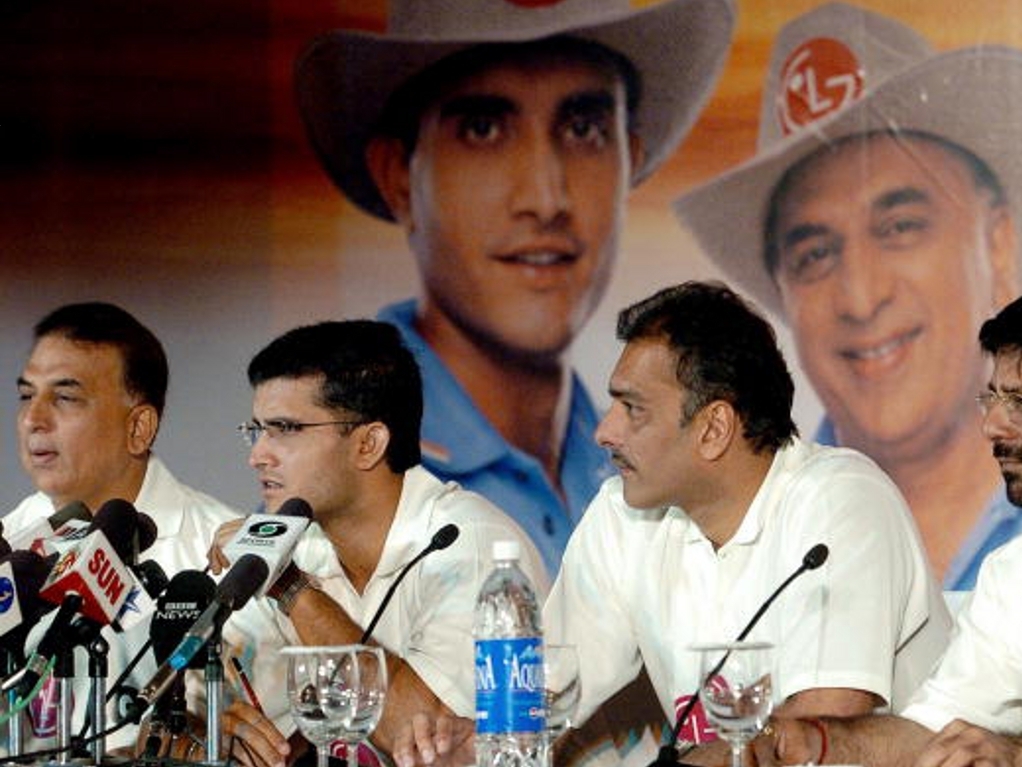 Sourav Ganguly and Ravi Shastri have engaged in a furious war of words since the BCCI appointed Anil Kumble as the new head coach of India.

Shastri accused the former India skipper, Ganguly, of being disrespectful after Ganguly was absent during Shastri's interview with the cricket advisory committee before Ganguly fired back at Shastri for cinducting his interview via a video link from his holiday in Bangkok.

Adding fuel to the fire former players, Sanjay Manjrekar, Bishan Singh Bedi and Gautam Gambhir have all commented on the ongoing battle.

Manjrekar accused the former director of cricket of being bitter, tweeting from his personal account this week: "More than Sourav, I think Ravi is miffed with the rejection. It's a new experience for him. BCCI have made the better choice as coach,"

Another former player, Bedi, came out in support of Shastri tweeting: Not getting coach's job apart RJSHASTRI has every reason 2b peeved with selection process whence 1 selector played truant..not above board!!"

Ganguly has explained his absence claiming he had a prior commitment and that the BCCI was aware that he would not be present for the Shastri interview.

Speaking to ABP news, former player Gambhir lashed out at Shastri and supported the decision to appoint Kumble, saying: "Ravi Shastri's comments only shows his desperation. Kumble is the best choice, he is hard working person,"

Kumble will take charge of the India team as they head to the West Indies while it is unclear what the future holds for Shastri.