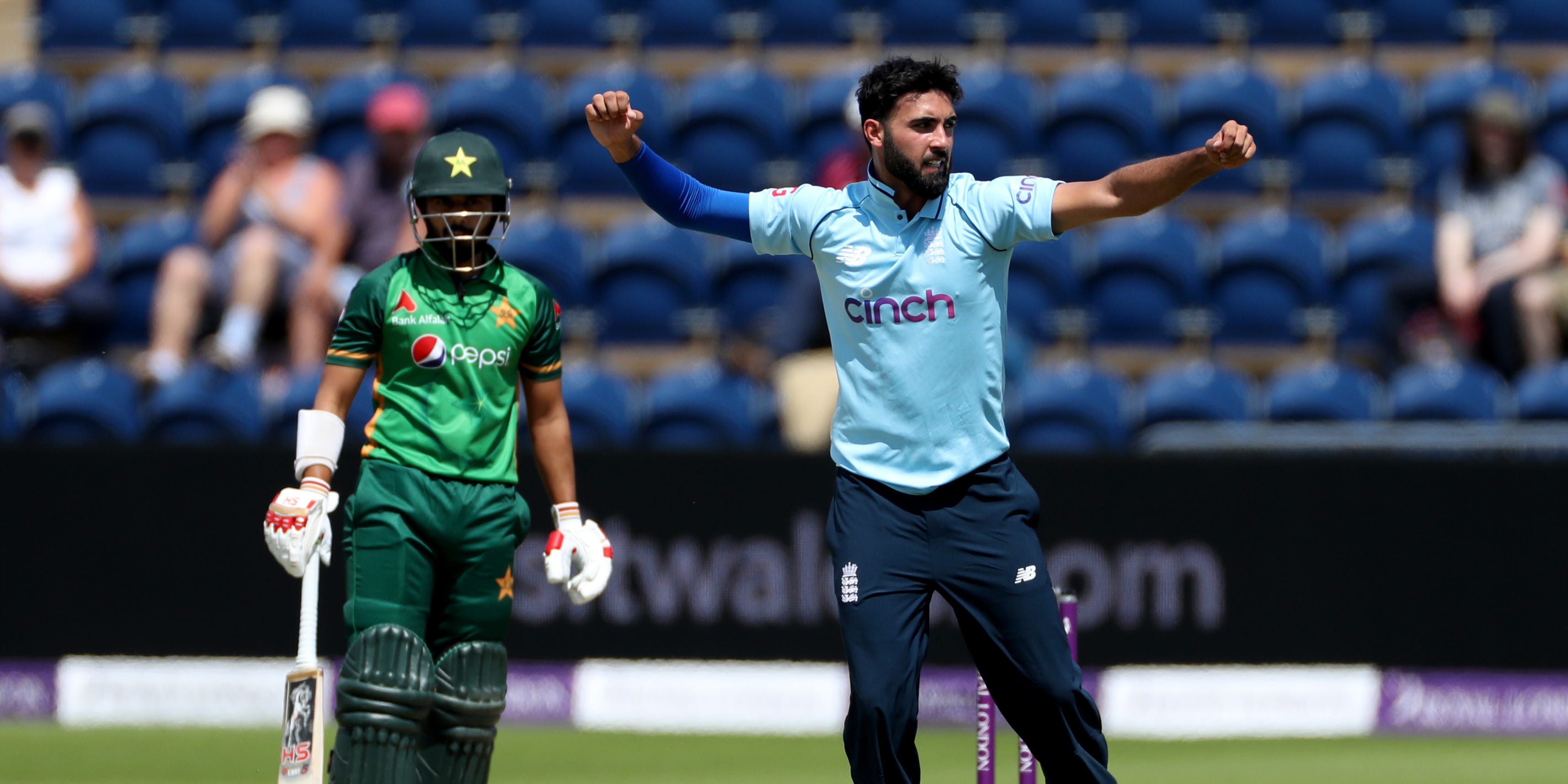 England’s makeshift one-day side made light of their chaotic coming together, steam-rollering Pakistan for 141 just 24 hours after their first and only training session together.

With an entire squad of first-choice players and a full coaching team isolating after a Covid outbreak, a shadow team was assembled in haste and there were five debutants on show in the Royal London Series opener in Cardiff.

But England turned in an outstanding performance, with Saqib Mahmood seizing the unexpected opportunity in style, taking four for 42 in easily his most impactful performance in England colours.

Newcomers Lewis Gregory (one for 11) and wicketkeeper John Simpson (two catches) made their marks and another fresh face, Brydon Carse, hit 90mph in a promising introductory spell. Zak Crawley and Phil Salt were waiting to strut their stuff with the bat.

All in all, it was an incredibly assured performance from a team boasting just 126 caps at the start of the day, 98 of which belonged to captain Ben Stokes.

England would have been forgiven for feeling their way slowly into a game none of them had been expecting to play, but in Mahmood they had an in-form new-ball bowler at their disposal to set the tone.

The Lancashire quick has enjoyed a profitable season for the Red Rose but in the circumstances it was still barely believable to see his celebrating two wickets from the first three balls of the match.

His very first delivery was tight to the stumps, cramping up Imam-ul-Haq and hitting the front pad only for umpire Alex Wharf to turn down the appeal. Stokes gambled with a referral and within a few seconds the celebrations were under way.

They kicked up a notch a few moments later when Babar Azam, Pakistan captain and number one ODI batsman in the world, nicked to Crawley at second slip. He stayed low and held tight, leaving Pakistan in early strife at nought for two.

Gregory had a tough act to follow at the other end but he quickly settled into a rhythm and hit the jackpot with his eighth ball, nicked in the channel by Mohammad Rizwan and sailing through to Simpson.

Mahmood struck again when he went round the wicket to the left-handed Saud Shakeel, who was leg before on the knee-roll on debut. From 26 for four, Fakhar Zaman engineered a brief fightback alongside Sohaib Maqsood, rolling his wrists on two powerful pull shots off Craig Overton and driving well.

Maqsood hit an eye-popping six over extra-cover off Carse, but the Durham quick showed pace and promise as he touched 90mph in his first spell. A bright stand of 53 ended in tame fashion when Fakhar called Maqsood through for an ill-judged single then left him stranded as James Vince flicked the bails.

Fakhar was unable to atone for his error, giving away his own innings soon after when he chopped a short, wide one from Matt Parkinson to backward point.

The leg-spinner picked up another when Hasan Ali hacked him high to Dawid Malan and Mahmood returned to the attack to bowl out his allocation, seeing off Faheem Ashraf along the way.

Overton wrapped up the last two wickets, with Stokes clinging on to the final catch to put an end to some slightly sloppy fielding.