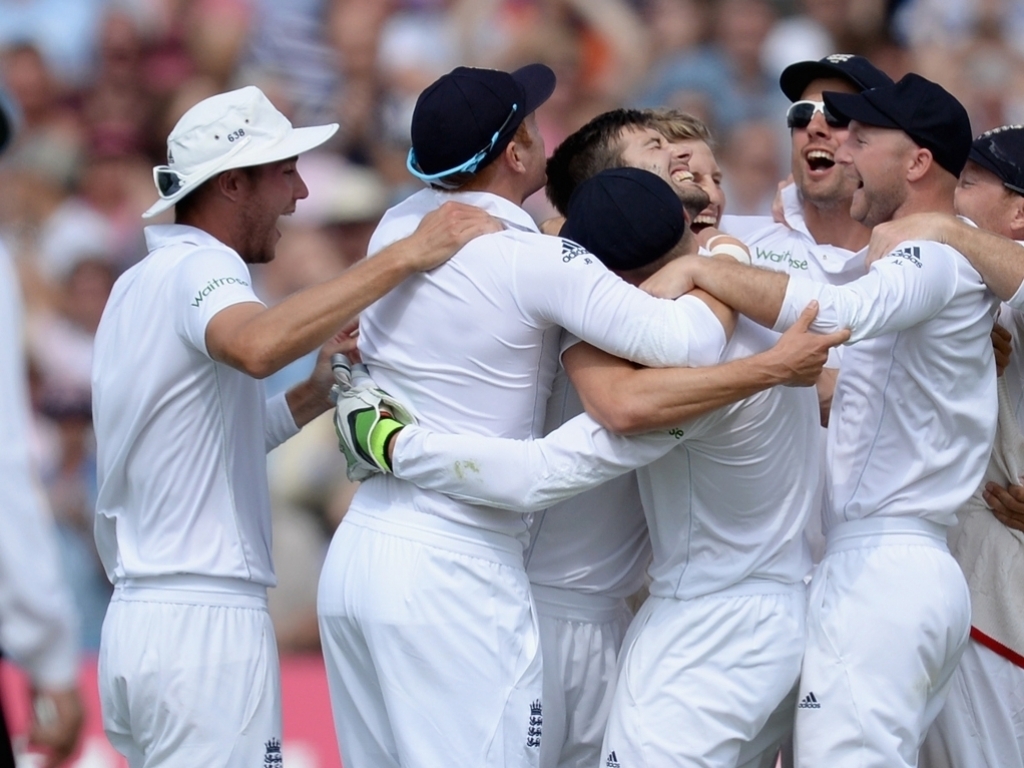 We look at what some media outlets had to say as England won the fourth Ashes Test at Trent Bridge by an innings and 78 runs to take an unassailable three-one lead in the series and regain the Ashes urn.

George Dobell says that England allrounder Ben Stokes is fast becoming a folk hero with the English fans after taking six wickets in the second innings at Trent Bridge, in the absence of James Anderson.

Writing on Cricinfo, Dobell said: "Stokes is, give or take, the cricketer that just about every young player wants to be when they first start to play the game.

"He bats with belligerence, he bowls with pace and his fielding is so good, you wonder if he could catch Lord Lucan. He has character, too.

"In an age when many sportsmen appear – in front of the media, at least – homogenised and sterile, Stokes remains just a little bit, and in the very best way, untamed."

Paul Newman feels a lot of credit for England's victory should go to captain Alastair Cook for his willingness to be more positive and transform himself within the team.

Explaining in the Daily Mail: "To watch Cook the captain in this Ashes has been to see a man transformed, a leader who realised he had to shed his conservative instincts and jump on board the bandwagon of change that has swept through the English game.

"That spirit of adventure is very much the way Trevor Bayliss likes to go about his business and the big question was how that would play with the more cautious Cook when they were thrown together at the start of this Ashes.

"The answer has been emphatic, with Cook looking as comfortable, as innovative, as relaxed and, yes, as funky in this series as it is possible to be."

Cricket correspondent Jonathan Agnew chose to give special praise to England fast bowler Stuart Broad for his spell of eight for 15 in the first innings before lunch on the first dat as Australia were 60 all out.

There was a question mark about who would lead the England attack with James Anderson sidelined with an injury, Agnew says Broad responded beautifully.

Writing for the BBC, Agnew said: "Stuart Broad produced a spell of bowling that we will still be talking about in 50 years to sink Australia to their knees and put England on the brink of regaining the Ashes.

"The key question coming into the fourth Ashes Test was who would stand up to lead England's attack in the absence of James Anderson.

"I never doubted that Broad would deliver. He's a very competitive player and I always felt the responsibility would do him good. But that's not to say I expected him to take eight wickets for 15 runs."

Channel Nine commentator Mark Nicholas chose to concentrate on what the result of the series meant for the two captains, Alastair Cook and Michael Clark.

In his column on Cricinfo, Nicholas writes: "This is the tale of two captains. One a winner, one a loser. A tale of two good men who ride a dangerous wave. Beneath them are sharks, above them only sky.

"Somewhere in the middle is the perfect ride, a moment when the stars align and the lightness of being makes all things possible.

"Never have consecutive Ashes Test matches been won and lost so easily or so quickly. Alastair Cook's joyful disbelief must be measured against Michael Clarke's decision to retire from the game after the Oval Test.

"The fallout from defeat is sensational and painful. Eighteen months ago, after England's disastrous tour down under, Cook was close to being dumped. Now it is Clarke's time and he has taken the decision out of the hands of others."