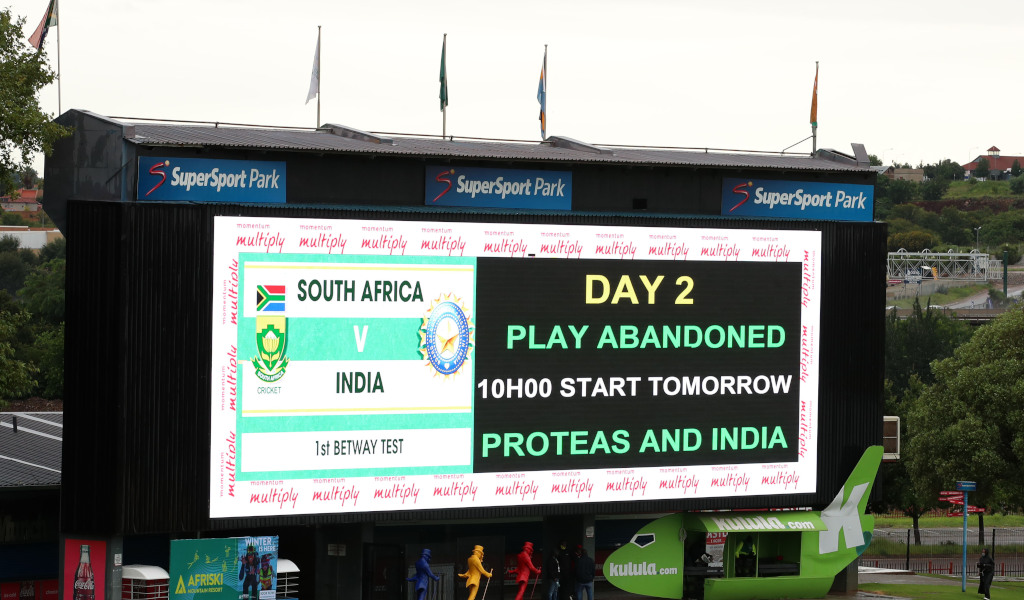 Persistent heavy rain kept the players off the field throughout the day, forcing umpires to call the day off early well before the scheduled time of stumps.

The forecast for day three is much more positive as things stand, with rain expected throughout the day’s play. Weather permitting, KL Rahul (122*) and Ajinkya Rahane (40*) will resume India’s innings at 270/3 on day three.

Both the batters looked in fantastic form on the first day.

Rahul brought up his seventh Test century to put India in a commanding position.

Rahane looked almost immediately comfortable at the crease despite question marks over his place in the side, and played a steady knock to settle the nerves after Virat Kohli departed having slashed at a wide one from Lungi Ngidi.

Mpitsang revealed that Olivier was battling a hamstring injury and recently tested positive from COVID-19.

“Duanne Olivier is healthy and well but did return a positive Covid-19 test result a number of weeks ago, which forced him to quarantine and took time away from his training,” Mpitsang told ESPN Cricinfo.

“His workloads were not where the selection panel would have wanted them to be by the time he entered the team bubble ahead of the first Test match.

“He picked up a hamstring niggle during the two-day, inter-squad match at the start of the camp and the selectors did not want to risk him unnecessarily when there are two more Test matches to think about.”

India have made their best start to a Test series in South Africa in some time and have been tipped to take the Freedom Trophy home having looked at ease against the Proteas pace attack.

Olivier’s absence and the debut of Marco Jansen was questioned on day one, with no explanation given by skipper Dean Elgar at the toss.