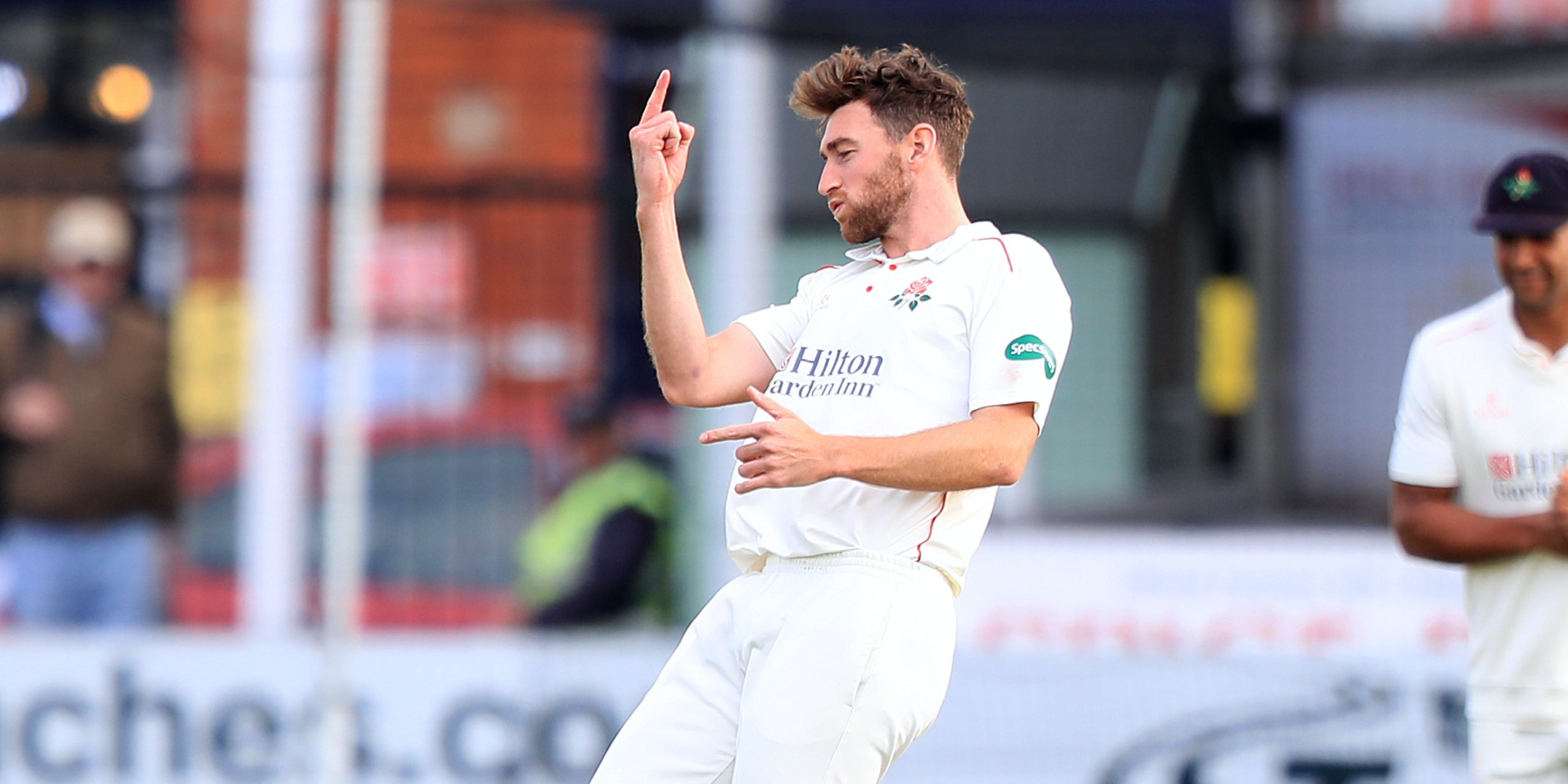 Richard Gleeson had more experience cleaning maggots for a living than playing first-class cricket five years ago but now the late-blooming 32-year-old is in with a chance of appearing for England.

The pace bowler is one of 14 uncapped players included in a training group of 55, marking the latest milestone in a career that has flourished beyond his own wildest dreams.

Gleeson took the long way round to international consideration, via a university degree, some less than glamorous employment opportunities and finally a stint with Cumberland in minor counties cricket.

He was eventually picked up by Northamptonshire while working for Lancashire as a cricket development officer and now plies his trade as a leading member of the Red Rose attack.

The Blackpool-born seamer needs no reminding how unusual his route to the top has been and happily wears the title of poster boy for those plugging away outside the elite game.

“To go from being a club cricketer at 26 to an England international at 32? That would be amazing,” he said.

“It’s a great story, to never give up and keep following your dream, to keep pursuing things because you never know what can happen or when.

“It’s a great advert for the minor counties (now the National Counties Cricket Association) as well, I think they’ll enjoy my story. If it does happen for me with England, and hopefully it does, I think it will make a nice read.”

Picking up the story before at an earlier chapter, Gleeson explained: “I’ve done all sorts of jobs – in a fishing tackle shop cleaning maggots, landscape gardening, all kinds.

“I spent two winters in Australia and was meant to go back for a third but it was my sister’s wedding so I stayed home and worked in a boiler factory. I was a bit of dogsbody, lifting and carrying, getting things off the shelves to send to the production line.”

Cricket coaching offered a potential route out and Gleeson fully expected to be mentoring the next generation at close quarters rather than inspiring them in the middle by performing at the highest level.

“I had my career path in coaching, I’ve done my level three, I’ve done tutoring and that’s the direction I was going down. I was a club cricketer and I was enjoying it. I probably did think at this age I wasn’t going to get an opportunity.

“That’s when James Middlebrook came to me and said I had the opportunity to play at Northants. I thought I’d give it a go.”

The experiment has gone better than either party might have expected. His first-class debut against the touring Australians in 2015 saw him remove both Marsh brothers, Shaun and Mitch, and he now boasts 140 wickets in 33 matches at an excellent average of 21.43.

He has also been a fine Twenty20 performer and toured Australia with the England Lions this winter. The Lions usually go for a younger age profile, but as a late starter Gleeson has fewer miles in his legs than most of his contemporaries.

“Hopefully they see me as a little bit younger, maybe it’s my boyish good looks,” he adds with a smile.

“It’s a tough old game and it takes a lot out of the body but when I’ve had scans with the physios at Lancashire they’ve said to me there’s nothing they wouldn’t expect to see in any normal 32-year-old, let alone one who’s been playing cricket.”