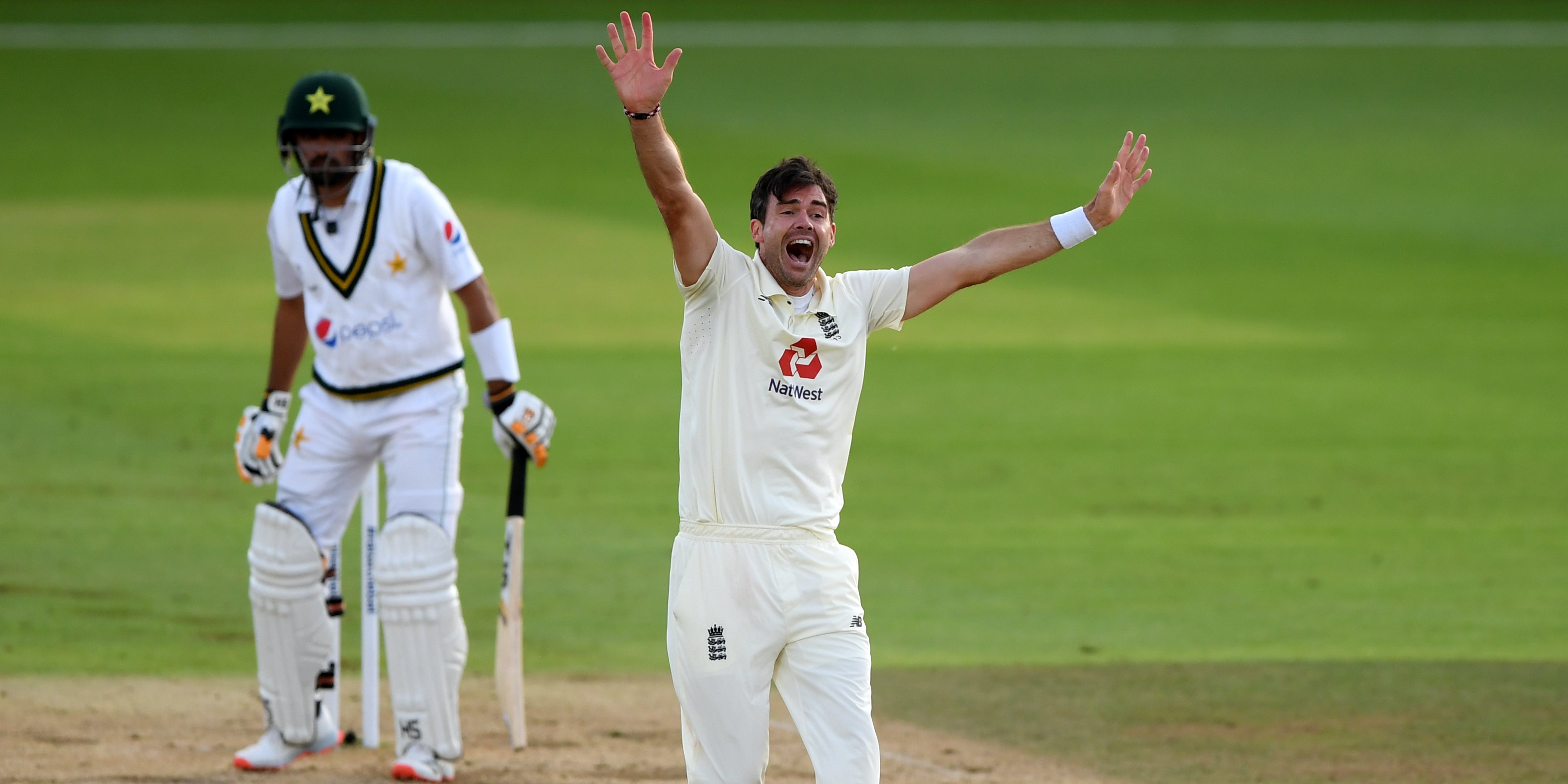 Age and injuries have been insufficient roadblocks as James Anderson has set stratospheric new benchmarks, first for England and then fast bowlers around the world.

The evergreen swing king has become not only the first Englishman to reach the incredible landmark of 600 Test wickets, but the first non-spinner to do so in the history of the game.

It is a remarkable achievement for the 38-year-old, who has come a long way since first bursting onto the scene as a fresh-faced youngster the best part of 20 years ago.

Anderson, who made his Test debut in 2003, passed Sir Ian Botham’s long-standing mark of 383 to become England’s most prolific wicket-taker in 2015. He claimed his 500th victim in 2017 and, although injuries have limited his appearances in the past year, he has continued to deliver with impressive consistency, the odd quiet game aside.

Unless eclipsed by long-time opening partner Stuart Broad, who reached 500 Test wickets himself earlier this summer, he could be at the summit for many years to come.

Much of Anderson’s success has come in tandem with Broad. The pair are indelibly linked and their partnership fits comfortably alongside McGrath-Warne, Wasim-Waqar and Walsh-Ambrose as one of the best of all time.

Some may downplay their achievements, pointing to records that underline the advantages of bowling regularly in English conditions while their successes overseas are more modest.

But statistics can be misleading, especially in Anderson’s case, as he was instrumental in England’s two greatest away victories in a generation.

Alastair Cook hogged the limelight with his insatiable appetite for runs in the 2010/11 Ashes but the leading wicket-taker was Anderson. His immaculate control and key breakthroughs also led to him being described as “the major difference” by opposing captain Mahendra Singh Dhoni when England beat India in 2012 in a series where all other quicks floundered.

Anderson’s arrival on the international stage, fuelled by the raw exuberance of youth, was exhilarating but it is in later years that he has truly excelled. More than half of his 600 victims have come since his 30th birthday and his career-best seven for 42 came in the same match he reached 500.

Anderson’s life with England began in December 2002, when he was hurried into the one-day side after just three limited-overs appearances for Lancashire. He was soon terrorising batsmen, seemingly swinging the ball around corners and possessing immaculate seam control.

He made an impression in the 2003 World Cup before taking a five-for on Test debut against Zimbabwe later that year.

He filtered out the bad advice and, after being in and out of the side, his and Broad’s inclusion in New Zealand in March 2008 marked a changing of the guard as Matthew Hoggard and Steve Harmison were ushered out.

The connection was not instantaneous and England had to bide their time, but they struck up a union that brought four Ashes series victories between 2009 and 2015 during a golden period in which they also climbed to the top of the Test rankings.

As Anderson’s career has progressed, so too has his meticulous planning to his craft. A greater focus on line and length has brought improved consistency but he has always remained capable of producing the odd ‘magic ball’.

He was part of the England side that reached the 2013 Champions Trophy final but his white-ball career ended two years later after the team’s dismal World Cup campaign. He never actually retired but he was deemed surplus to requirements even though no other Englishman can still better his 269 ODI wickets.

The decision elongated Anderson’s red-ball career, however. He went on to top the Test bowling rankings on a couple of occasions and in September 2018 he surpassed McGrath’s 563 wickets to become Test cricket’s most successful fast bowler.

He has had to live with injuries. A chronic shoulder complaint has impacted his daily routine and recurring calf issues meant he missed the majority of last year’s Ashes. He returned to take a five-for against South Africa in Cape Town last winter but a broken rib saw him sidelined again.

These problems have not diminished his appetite for wickets and, having spoken of a desire to feature in the next Ashes series Down Under in 2021-22, he is clearly far from finished.