Home News From Rashid Khan to Sarah Taylor, the players to watch in The Hundred

From Rashid Khan to Sarah Taylor, the players to watch in The Hundred 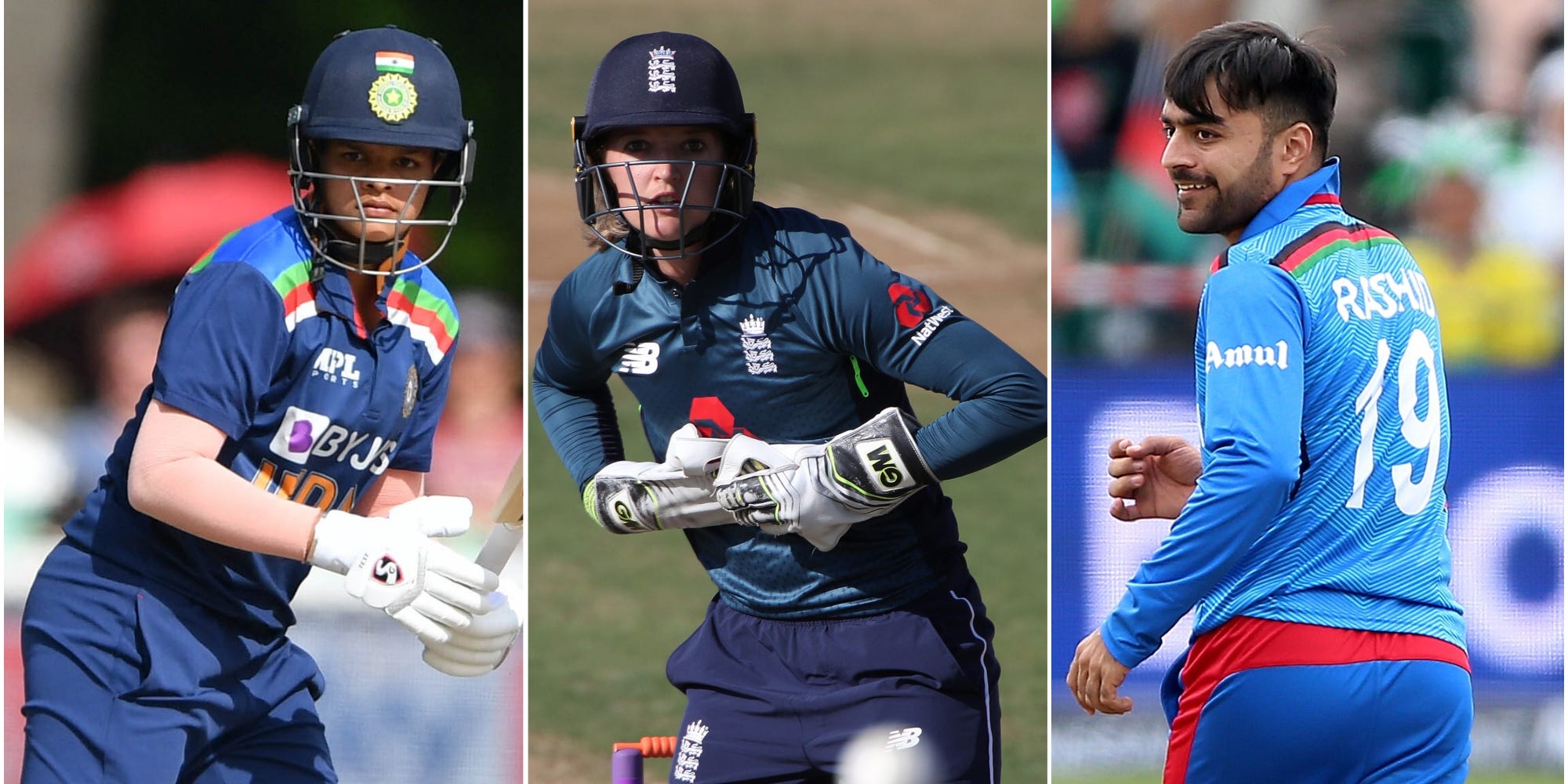 After a 12-month delay, the inaugural season of The Hundred will get under way on Wednesday with a women’s match between Oval Invincibles and Manchester Originals.

Here, the PA news agency takes a look at which players are likely to deliver with aplomb in the new format first unveiled by the England and Wales Cricket Board in 2018.

The first pick of The Hundred draft, Khan will have plenty to live up to but has no problem handling pressure. Arguably the best bowler in Twenty20 cricket, the Afghanistan leg-spinner has starred in franchise leagues across the world and will attempt to put batters in a spin at Trent Bridge even if the ground is notorious for its high-scoring matches.

Another young player with a wealth of experience despite her tender age, the teenager had barely played for India when the auction for this competition was made at the end of 2019 but during the past 18 months has succeeded in every challenge she has faced. A late addition to The Hundred, new and old fans will fall in love with her positive and versatile batting style mixed in with pure power.

An excellent Vitality Blast helped the 24-year-old get his wish at appearing in the maiden tournament of the 100-ball event. He has replaced the injured Olly Stone and while he is dangerous with ball in hand, it is with the bat where the Leeds-born all-rounder has caught the eye, with an explosive 74 off 35 balls at Headingley against Northamptonshire last month.

The speedster is another teenager who will look to make waves on the big stage, with a strong showing likely to push her case on the international scene. Wong has yet to play for England and could still choose to play for another country, but travelled with the squad to New Zealand earlier this year and has impressed for Central Sparks this summer to raise expectations before The Hundred.

While Hales will still harbour hopes of earning a place back in the England white-ball squad, his recent omission when the majority of regulars were confined to self-isolation during the series with Pakistan felt telling. Nevertheless the opener will again try to produce fireworks at another franchise league to further push his case. A raft of runs have been scored in Australia, Pakistan and Bangladesh during the last few years and more feel inevitable over the next month, especially at the familiar surroundings of Trent Bridge.

The two-time World Cup winner retired from international cricket in 2019 and had not played domestically until earlier this year, but she has been tempted to return to the grandest of stages by The Hundred. An extraordinary wicketkeeper, the work of the 32-year-old behind the stumps will be worth the entry fee alone but she also has a strong record as a batter.

While Buttler is only likely to feature in two games due to his England Test commitments, his form across a number of teams during the last two months has been exceptional even by his standards. A maiden T20 century in the IPL in May has been followed up by a string of half-centuries for Lancashire and then England in the sprint format. He will be destructive while he is present.

The number one all-rounder in IT20 cricket will hope to star in the inaugural season of the Hundred. With experience all around the globe and a flurry of runs and a strong bowling average in the short formats, the England ace will relish the prospect of a game which will suit her all-action style.

Not only is England’s white-ball captain an innovative leader, he could easily be one of the best performers in this tournament. With talent available in all areas of his international side, Morgan often lets himself remain in the background but could take centre stage at Lord’s with both the captaincy and the bat.

While the Local Icons tag is largely associated with the men’s teams, the off-spinner has virtually always represented Lancashire and will be one of the big attractions at Old Trafford over the next month. Imperious when in full flow, it will not be easy to face the 22-year-old, especially potentially for 10 consecutive balls.