From stubborn child to cricket campaigner, Salma Bi honoured for work with girls 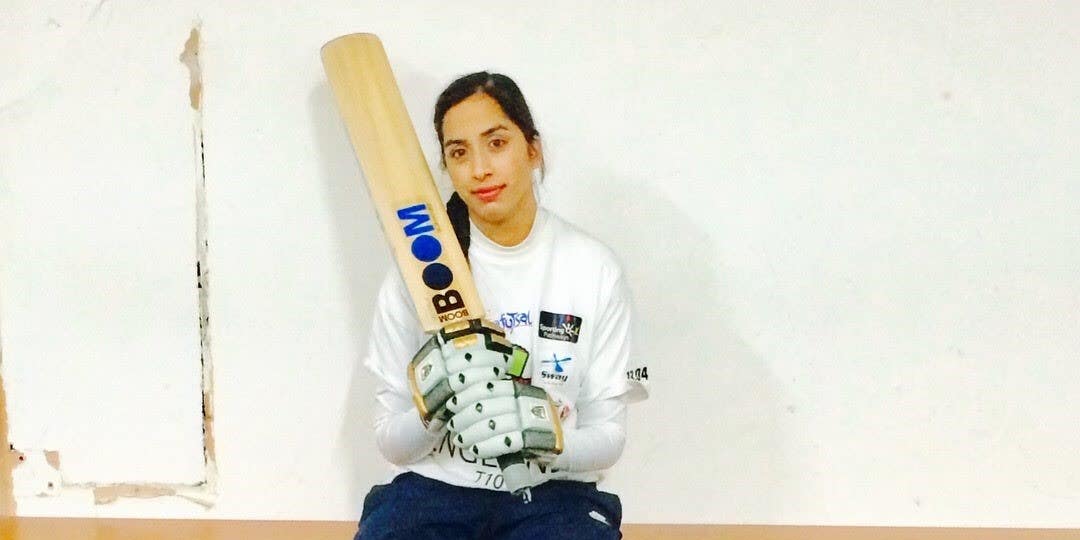 Salma Bi’s efforts to give Asian girls greater confidence and self-esteem through sport have been rewarded with a British Empire Medal in the New Year Honours list.

The 34-year-old has run a range of schemes and sessions across the midlands to encourage young Asian girls to play cricket, while at the same time working full-time as a dialysis nurse based at the Heartlands Hospital in Birmingham and being the mother of three young children.

The off-spinner, who has been recognised for services to cricket and to fostering diversity in sport, played at county level for Worcestershire and Northamptonshire and represented the MCC.

She says the coaching and mentoring she does is not just an attempt to find the stars of tomorrow from her community, but in many cases to provide a release.

“There were a lot of confidence and self-esteem issues and I guess it comes from coming from a background where your parents don’t support you as much, so you’ve got learning to do,” she said, recalling the start of her time at Worcestershire.

“A lot of the feedback (from parents) is, ‘she’s doing PE at school, she doesn’t need to do it after school. It’s not for girls, boys should play sport’.

“They get worried for their kids, they think, ‘oh, they’re going to start wearing clothes that will make them look different, it’s out of the norm, we don’t want them going down that road’. We have to build trust.

“It’s getting easier now, but there are still a lot of steps backwards. There are girls who have messaged me and they have got domestic violence going on at home that’s affecting their mental health. They want to play sports because it gets them away from that trouble.

“They have looked for a way out and we’ve tried to support them and directed them to the right contacts. It’s not just girls who want to play professionally, sometimes it’s just a stress reliever, to make friends or gain confidence or self-esteem.

“We try to make it user-friendly. A lot of people want to step aside and read and pray at the same time, or they don’t want to be seen by the men, so we keep it to same-sex classes. There are a lot of things we’ve worked around.”

Where girls are finding it a particular struggle to balance their enjoyment of sport, Bi, who is also involved in the running of the Sporting Pathways community interest company, often draws on her own example.

“I just tell them it was never easy for me, my family were very critical of me, they frowned upon me playing sports, and now they’re proud and they talk about it with other family members,” Bi added.

“I was really stubborn – a lot of things were against me at the start. I had nobody taking me to games, I was waiting for the coach to come and collect me. My family didn’t understand about it, they would tell me, ‘sport doesn’t pay, why are you doing this? You might not focus on your career as much because you’re going to go down that road where you just want to play sports and it’s not going to get you far’.

“I had to prove a lot of things, but I kept at it and here I am today. My greatest satisfaction is to get more girls into playing sports.”

As well as securing her level two coaching badges, Bi, who was born in Pakistan and moved to the UK with her parents at the age of four, also gained a level one umpire qualification in 2010.

There has been criticism concerning diversity among umpires in the English game, and Bi said: “At club level you do see less of the BAME community. We need to encourage it a bit more, and start off at a young age.

“In schools they are always promoting coaches and players, they see (umpiring) as something you do when you retire.”

Speaking about her experience within the NHS during a year in which the coronavirus pandemic has created unprecedented pressure, Bi said: “Every day we’re hearing a lot of sad stories and we’re losing a lot of patients.

“It’s just a shame, this year has been awful and every time we hear that a new patient has been admitted and has Covid, we’re just praying and hoping for positivity.”