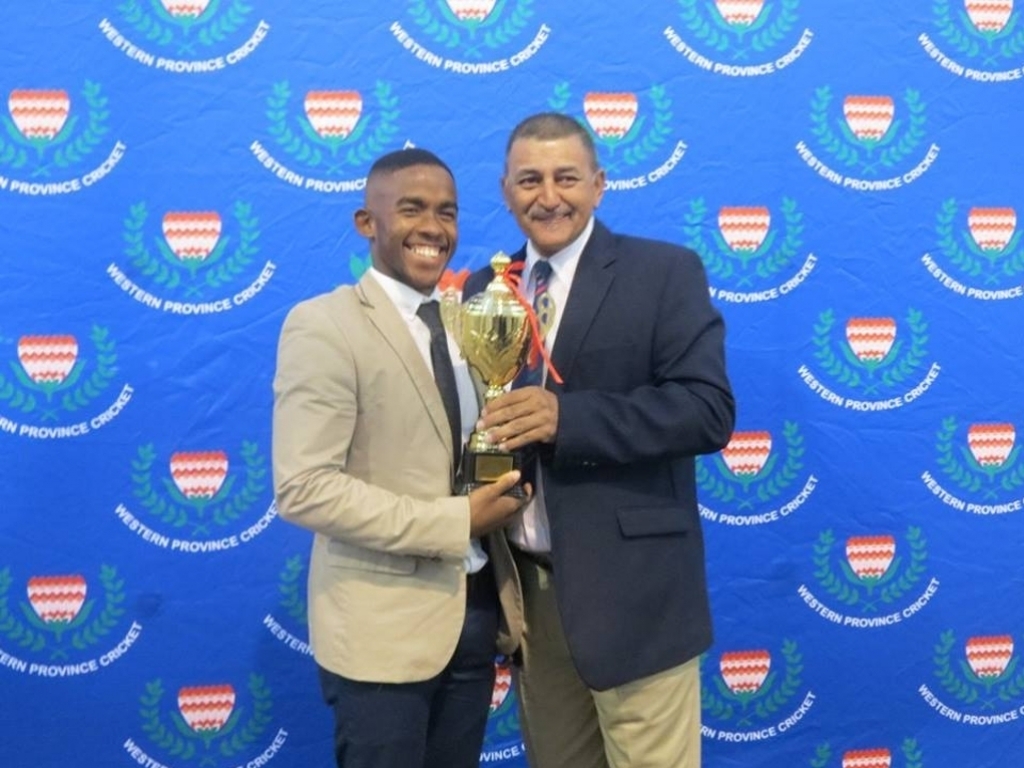 When Neo Mlumbi was eight, he saw the images of cricketers on a breakfast cereal box. It was the moment his intimate relationship with the game started.

Remarkably, within 365 days of playing in a township final at Newlands on 12th April 2016, the 21-year-old Mlumbi, born and bred in Mandalay, was picked as one of the contracted semi-professional players of the Cape Cobras for the 2017/2018-season.

Dropped on a duck in the final between Mandalay and Langa, Mlumbi steadied himself, struck a half-century and powered Mandalay to a win in a nerve-wrecking match that went down to the wire.

“I was trying to make an impression. There was a lot of tension at the start before I decided I needed to bat until the 20th over to ensure a win,” he said.

Things started off a bit shakily, and in his first match he was removed for a duck.

But subsequently, his improvement was steady, and at times, spectacular.

Mlumbi struck a few half-centuries. In a clash against the Western Province semi-professional team, he managed a ton.

“I think that is when they realized that I had some talent,” he said.

“I always liked Michael Clarke, the way he played, his personality and his conduct off the field. When he retired, Temba Bavuma became my role model. He became my hero after his century at Newlands,” he said.

Mlumbi said he has ironed out technical issues and is now focussing on the basics, like getting into correct positions, executing well and keeping his head still.

“I started the past week to work with Ashwell Prince and my academy coach, Siya Sibiya. It is such a privilege to work with a former South African player like Ashwell and I take everything in that he is saying to me, making sure I take full advantage of his presence,” he said.

“Western Province has been fantastic in dealing with me and in aiding my development,” he said.

“Last year in the off-season I worked with Laurie Ward of Montague Gardens twice a week, and my skills level improved.

“I know now, after five first-class games, that I must improve my skills level even more,” he says.

“I love everything about batting – the drive, the cut, the hook – but perhaps the shot I enjoy the most, is the drive over cover,” he says.

Experts like Du Preez, a selector of the South African women’s team, has remarked that Mlumbi possesses the traits of a good player. He has time to play his shots, execute them at the last moment and hits the ball crisply.

Mlumbi’s breakthrough season was completed when he was awarded the WPCA Academy Player of the Season at the recent WPCA Awards evening.

“My goal for this season is just to perform as well as possible. Ultimately, the ‘me’ is not as important as contributing well for the team’s sake,” Mlumbi concluded.