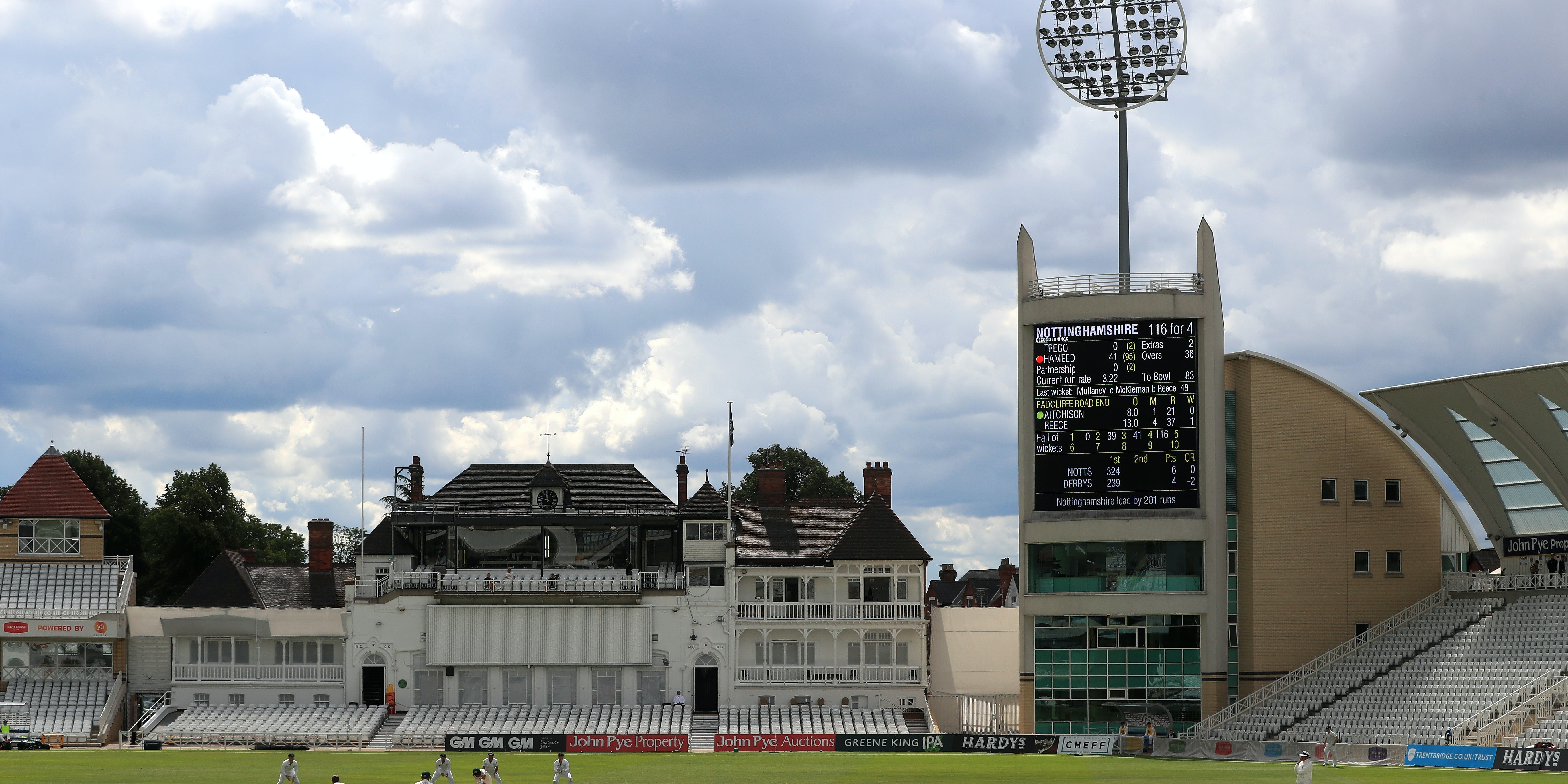 Fynn Hudson-Prentice’s 91 not out guided Derbyshire to their highest successful run chase against a county side with a ball to spare over Nottinghamshire at Trent Bridge.

The all-rounder’s superbly-judged 169-delivery innings saw the visitors reach their 365 target off the penultimate ball to secure a three-wicket Bob Willis Trophy victory in the North group.

Defeat left Nottinghamshire, who lost fast bowler Joey Evison with a foot injury early on the final day, still looking for their first county championship win since June 2018 despite having reduced their opponents to 234 for six.

Dawid Malan and Harry Brook helped Yorkshire get off the mark with a six-wicket victory over Durham at Emirates Riverside in the North group.

Requiring 68 on the final day to secure the win, the White Rose were frustrated by rain before debutant Malan finished with 73 and Brook – who finished things off with back-to-back sixes – 66 not out to take them to their 171-run victory target.

Surrey-bound Jamie Overton led the way at Taunton with five for 48 to complete Somerset’s 289-run victory over Glamorgan in the Midlands group.

Brother Craig finished with two for 31 and match figures of seven for 69 as the visitors’ five remaining wickets fell for 40 runs in 70 minutes on the final morning after they had resumed on 126 for five, 329 behind.

Northamptonshire escaped with a draw against Warwickshire at Edgbaston after seventh-wicket pair Adam Rossington and Luke Procter batted through the final day.

The visitors had been 148 for five in their second innings at lunch on the third day, 227 behind, but a flattening pitch and resilience from captain Rossington, who made 135 from 399 balls, saw them reach safety.

Joe Leach took four wickets in a devastating five-over spell to propel Worcestershire to a comfortable eight-wicket victory over Gloucestershire.

The Worcestershire captain took matters into his own hands to polish off the tail, finishing with figures of four for 70 as the home side were dismissed for 270.

Set 110 to win in 35 overs, Worcestershire reached their target with 8.5 overs to spare with Tom Fell and Jack Haynes staging an unbroken stand of 53 for the third wicket.

Ackermann finished on 73no off just 41 balls as the Foxes chased down their 150 runs off 17 overs target, hitting 10 fours and a six in an extraordinary display of shot-making on a slow pitch after Lancashire were bowled out for 236 in their second innings.

Middlesex claimed maximum points, and the slight early advantage in the South group, with a 190-run win over Surrey at the Oval.

The hosts, set an unlikely 314 for victory after Middlesex’s declaration on 248 for five after 64 was added to their overnight 184 for three thanks to Nick Gubbins (60) and Martin Andersson (51), were skittled for 123.

Essex edged past Kent in a thrilling two-wicket victory over Kent thanks to Sam Cook and Adam Wheater.

Starting the day requiring 202 to win the hosts still required 31 runs when Cook and wicketkeeper Wheater came together following a batting collapse inspired by Ivan Thomas’ four wickets in 16 balls but the pair held out to see their side home.

Former England captain Sir Alastair Cook (66) and 21-year-old debutant Feroze Khushi (45) had put on 86 for the fifth wicket to tilt the balance towards Essex.