Gabriel moves up to career-best ranking after St Lucia exploits 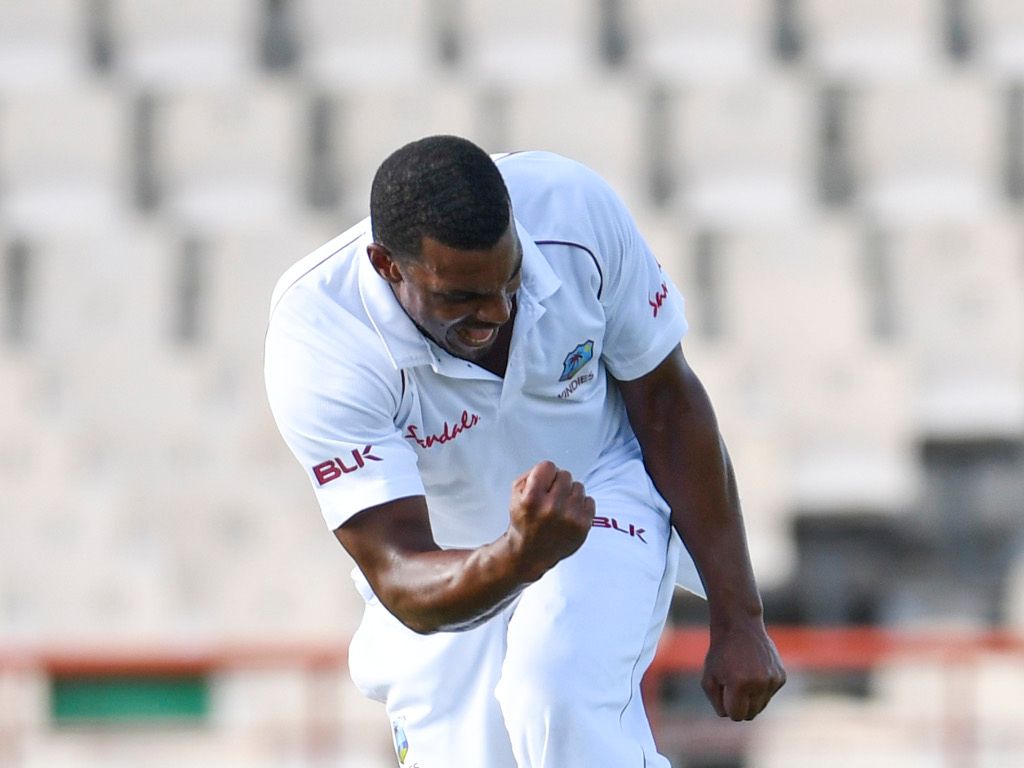 West Indies fast bowler Shannon Gabriel has made a huge jump to take a career-best 12th position in the ICC Test player rankings after his player of the match effort in the drawn second Test against Sri Lanka in St Lucia, which ended on Monday.

The 30-year-old from Trinidad and Tobago has gained 11 places after finishing the match with 13 for 121, the third best match haul ever by a Windies bowler.

The paceman has reached 754 rating points while his previous best was 636 points and an 18th place in August last year.

Gabriel’s team-mates Roston Chase (up one place to 38th) and captain Jason Holder (up one place to 64th) were the others to gain in the latest update which also takes into account the one-off Test between India and Afghanistan in Bengaluru which the home side won by an innings and 262 runs.

For Sri Lanka, who trail the three-match series against the Windies 1-0, captain Dinesh Chandimal has gained one spot to move up to ninth position after his effort of 119 not out and 39 while Kusal Mandis is another batsman to move up, gaining four spots to reach a career-best 12th position.

Among their bowlers, Suranga Lakmal has gained one slot to reach 29th position while Lahiru Kumara has gained three spots to reach 51st position.

The Bengaluru Test and the domination of the India top order has reflected in the rankings with both Shikhar Dhawan and Murali Vijay moving up the ladder.

Dhawan’s knock of 107, during which he became the first from his country to complete a century before lunch on the opening day of a Test match, has seen him gain 10 spots to reach a career-best 24th position while Vijay’s innings of 105 has lifted him six spots to 23rd position.

India spinner Ravindra Jadeja has inched up one slot to third position after claiming six wickets in the Bengaluru Test while fast bowlers Ishant Sharma (up two places to 25th) and Umesh Yadav (up two places to 26th) have also made northward movement.

The Afghanistan players to make an entry into the players’ rankings are Hashmatuallah Shahidi (111th) and captain Asghar Stanikzai (136th) among batsmen.

Among bowlers, Yamin Ahmadzai (94th) and spinners Mujeeb ur Rehman (114th) and Rashid Khan (119th) are among those in the rankings. Rashid is currently top-ranked in T20Is and second in ODIs.