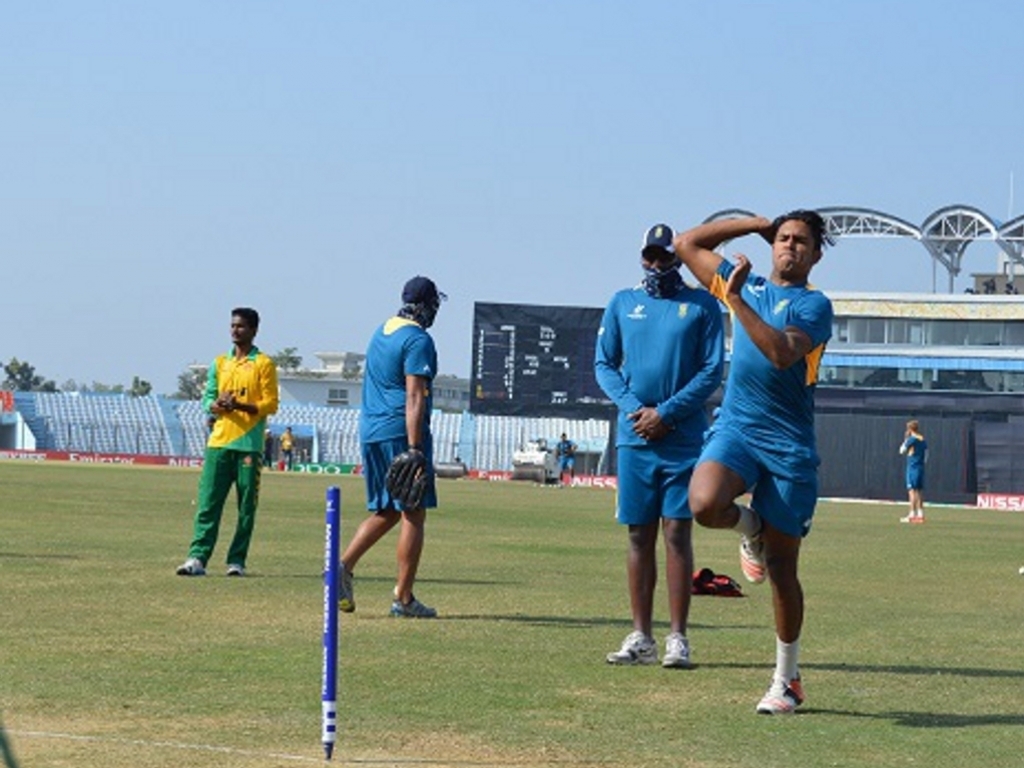 If Rondebosch Boys High is your alma mater, it comes with its fair share of expectations.

Springbok supporters are grateful for that move, and who will forget that drop kick in the final of the Rugby World Cup in 1995 against New Zealand?

Dayyaan Galiem is from the same school and since the age of 17, his name has been on the lips of many cricket admirers. He also represented the South African U19 team.

His first-class record is impressive; he scored 296 runs in his first full season for the Western Province team, which included two half-centuries and an average of 32.88.

As a fast bowler, he possesses a rare trait, and arguably only James Anderson, Chris Morris, Wayne Parnell and a few others can achieve that consistently. He swings it both ways through the air at about 130 km/h, and that swing is pronounced.

“And he causes batsmen quite some problems with that swing both ways,” says his Cobras team-mate Pieter Malan.

Galiem has had a few setbacks as lower leg injuries have halted his progress, but Malan, prodigious run-scorer for Western Province, reckons that Galiem, with the right conditioning and upper body strength training as well as understanding his action better, can add a few km/h to his pace.

“There is also no reason why he cannot score centuries regularly. He possesses the different shots. Dayyaan likes to get on with the game and attack,” he says.

Galiem can bat well in tandem with other middle-order batsmen, as he showed recently in a 101-run partnership against Border with Kyle Verreynne when the top-order collapsed and they had to rally. Galiem did not hang around, as he smashed his 38 off 45 balls with four fours and a six.

And he captured a career-best 8-83 in the same season against KwaZulu-Natal, an indication that the raw material is present and that Galiem can advance quickly.

Galiem did not look over-awed by the occasion, or unnerved by quality bowling when representing the Cape Cobras in the Momentum One Day Cup campaign. He struck an attractive 47-ball 41 against the Knights and smashed 39 against the Titans. The powerful hitter assisted the Cape side in gaining some scoreboard respectability in losing causes.

The man who destroyed opposing teams with his swashbuckling batting and prodigious swing as a schoolboy, is capable of doing the same with the right nurturing, support cast and coaching at senior level. And at 20, he has time on his side.

Don’t expect a 10-wicket haul and a 200 overnight, but, then, who would have suspected that Kagiso Rabada would have taken 13-144 against England in 2015/2016 when he was still a South African greenhorn?