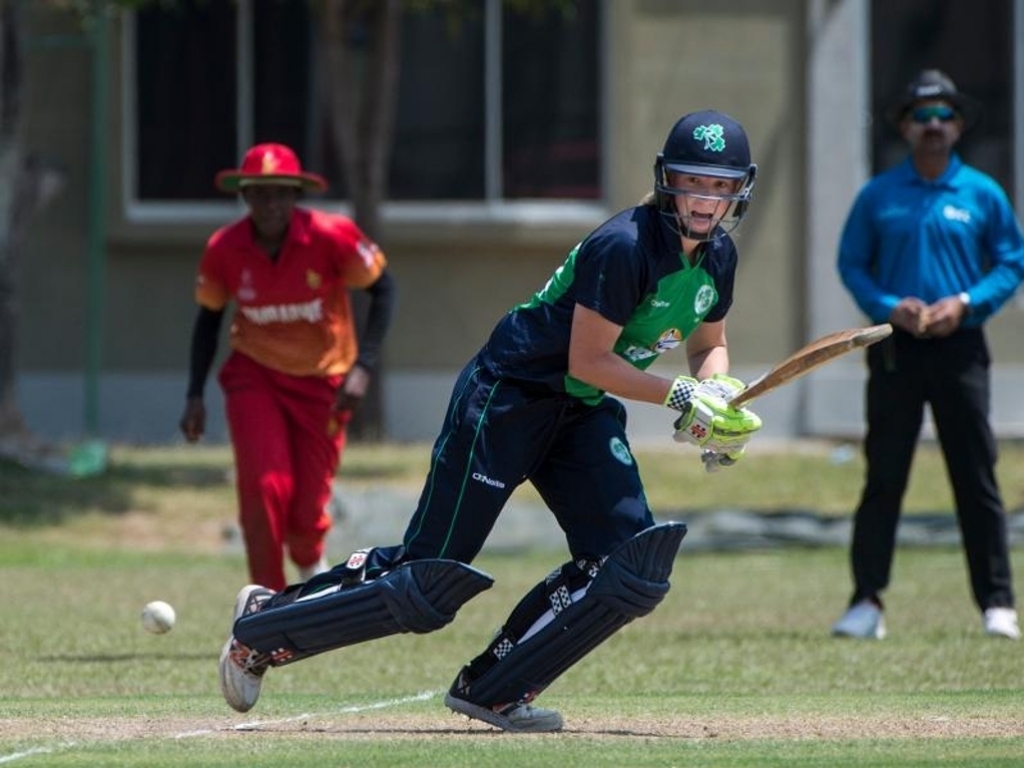 Ireland all-rounder Kim Garth understands that adjusting to different conditions is the key to a successful career, and is coping beautifully.

From Ireland to Australia for the Women’s Big Bash League and then to Colombo for the ICC Women’s World Cup Qualifier 2017, Garth has had a seamless transition this season and emerged as a beacon for players from her country.

Selected for the WBBL under the Associate Rookie programme, a joint initiative between the International Cricket Council and Cricket Australia to promote cricketers from non-traditional countries, Garth got a surprise inclusion in the playing XI for eventual winner Sydney Sixers after South Africa’s Marizanne Kapp had to leave for a series in Bangladesh.

Garth’s talent was on show in four preliminary league matches and thus she also got a chance in the semi-final and final. She did not get to bat much but finished with six wickets in six matches including the crucial wicket of well-set Perth Scorchers opener Nicole Bolton in the final.

The 20-year-old pace bowling all-rounder, who comes from a family of cricketers with both father Jonathan and mother Anne-Marie Garth having represented Ireland, is thrilled at the experience of playing along with several experienced players.

“It was absolutely amazing. I had big boots to fill as I was replacing Marizanne, who had bowled extremely well throughout the tournament. It was difficult to adjust to the conditions. In Ireland, the ball stays low, while in Australia the ball bounces a lot. To start off, I didn’t know I was playing at all. Then to do well in the first two games…. I think they trusted me. Then to play the final was extremely surprising.

“For me and Isobel Joyce, who played one game for Hobart Hurricane, to play in the WBBL is absolutely huge. It’s a great story to get more girls back home play cricket. To win the Big Bash is a huge thing for me and a great story of Irish cricket,” said Garth, who idolises pace bowler Dale Steyn and batsman AB de Villiers, both of South Africa.

After a brief stop in Dubai for a national camp, she struck form straight away in Colombo, scoring 63 and grabbing three for 24 to be named ‘player of the match’ in a Group A match against Zimbabwe.

“It is not easy to play in the sub-continent. I joined the camp late in Dubai, but then that is not exactly the subcontinent. Here it is different – the heat, and the ball turns a lot. But we are looking to qualify (for the ICC World Cup 2017 and ICC Women’s Championship by finishing in the top four),” said Garth, who was the youngest to represent the Ireland women’s team at 14 years and 70 days and has figured in 29 ODIs and 28 T20Is so far.

“Obviously, if we qualify, we will have much more international cricket. We now play only a third of matches as compared to other teams. Obviously it is great to be at these tournaments, but we really, really want to qualify and set ourselves for a busy two years,” she said.

Garth, who has already developed quite a few variations in her bowling, is looking to be consistent and have a long international career.

“I fancy being one of the main faces of women’s cricket,” she concluded