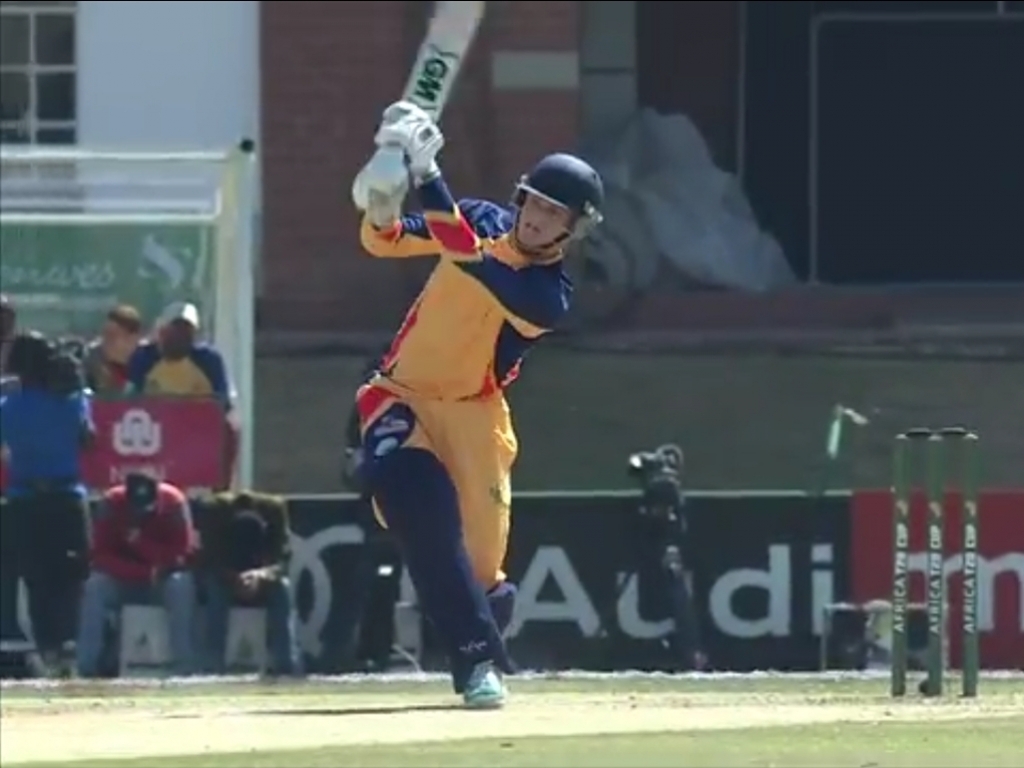 Ryan Rickelton’s swashbuckling unbeaten 60 helped Gauteng earn the bragging rights from their Africa T20 Cup derby against Northerns – and more importantly stay alive in the competition – thanks to a thumping eight-wicket bonus-point win at Senwes Park in Potchefstroom on Saturday.

The men from Johannesburg, who lost their opening game to defending champions Eastern Province on Friday, also threw Pool B wide open by momentarily moving to the summit with five points.

That came after they chased down their 142-run victory target with 4.1 overs to spare.
It was a fine performance from Gauteng, who lost the toss and were asked to bowl first at the start.

South Africa Under-19 opener Jiveshan Pillay continued his impressive start to life at this level with a maiden half-century after he made 56 (47 balls, 5 fours, 1 six) to lead Northerns to 141/3 in their 20 overs.

Tony de Zorzi hit an unbeaten 44, while 22 came from Rubin Hermann. Nandre Burger was the pick of the bowlers with one for 24.

Proteas opener Stephen Cook (26) helped Rickelton put on 64 in just over seven overs for the opening wicket, before another South Africa international, Mangaliso Mosehle, smashed 33 off 17 balls to maintain the momentum.

Even though the latter fell with the total on 113, Rickelton kept his calm to take his side over the line in 15.5 overs. The 21-year-old opener’s 46-ball innings included five fours and two sixes as Gauteng sealed a priceless win.