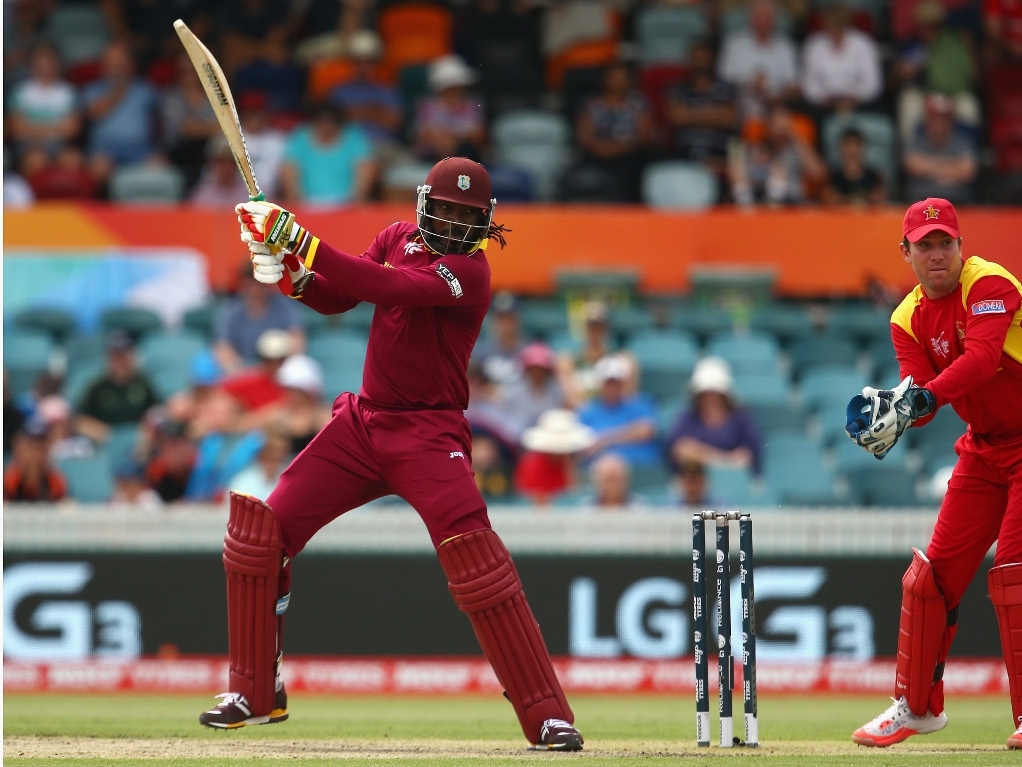 West Indies batsman Chris Gayle admits he was under a lot of pressure to score runs before he turned back the clock and hit the highest World Cup score ever as the his side beat Zimbabwe by 73 runs in a World Cup Pool B clash in Canberra on Tuesday.

The burly left-hander had not scored an ODI century since June 2013, and even though he has still continued entertain crowds in T20 cricket around the world, Gayle wanted to set the record straight, and he did. He hit 215 off 147 balls against the hapless Africans.

He said: "There has been a lot of pressure. This is the first time since I've been playing international cricket that I have received so many messages. It felt like even my enemy wanted me to do well. Around the world, I have entertained a lot of people, and I felt like they all wanted me to do it again.

"Even last night, I was having dinner with Sulieman Benn and he said, 'Chris, you average over 50 against Zimbabwe,' so it felt like everybody wanted me to do well and I really wanted to get some runs."