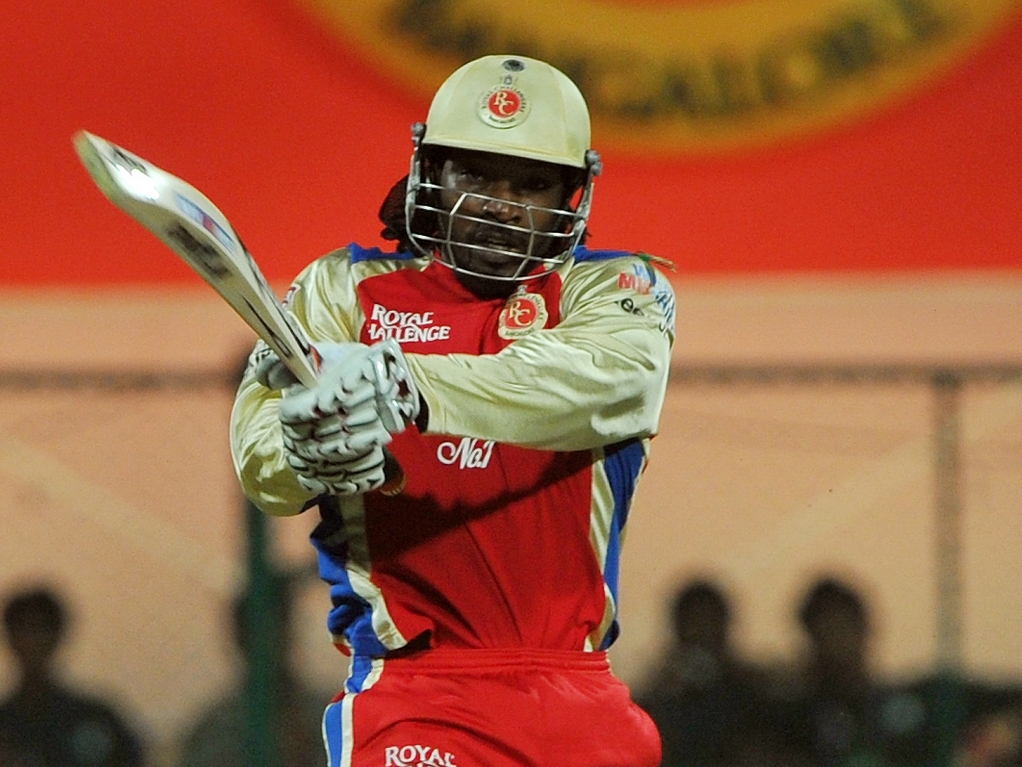 Royal Challengers Bangalore opener Chris Gayle is the leading T20 century-maker by more than double ahead of Brendon McCullum, and after his ton against King XI Punjab on Wednesday he is setting his sights on 14 more.

Gayle smashed 117 off 57 balls against KXIP as the Bangalore side went on to win by 138 runs. Pacemen Mitchell Starc and Sreenath Aravind took four wickets each. Gayle had been rested the game before, and was pleased to return so strongly.

He said on the IPL's website: "Honestly, I was very well rested. I just chilled in my room, watching TV, tweeting and relaxing. I was really fresh for this game and I was very happy to be back on the field playing today. It was all the more satisfying to come up with such a performance."

With Gayle on 14 T20 tons, and McCullum second with six, the Windies batsman is not quite sure about a double ton yet, but hopes to double his current ton tally.

He said of 200: "That is pushing it a bit, although I came close once. Hopefully 14 more can come and that would be brilliant. Although I scored a century, it was a thorough team effort today. Everyone chipped in and the bowlers capped off a great match with a brilliant second half."

Gayle went on to say that playing in the IPL was a key part of a player's development, and urged international sides to get as many young players as they could into the tournament.

He said: "This is a great way to kick-start your career. Coming into an IPL team and working together with some of the best players in the world is an invaluable experience.

"When you are a young cricketer making your way up, you go out there and play your game. There is no stress on you and you have nothing to worry about. You have nothing to lose; you just go out, express yourself and enjoy the game.

"At the same time you get to learn so much from the experienced players around you and it builds your confidence. This is a fantastic platform to grow as a cricketer."