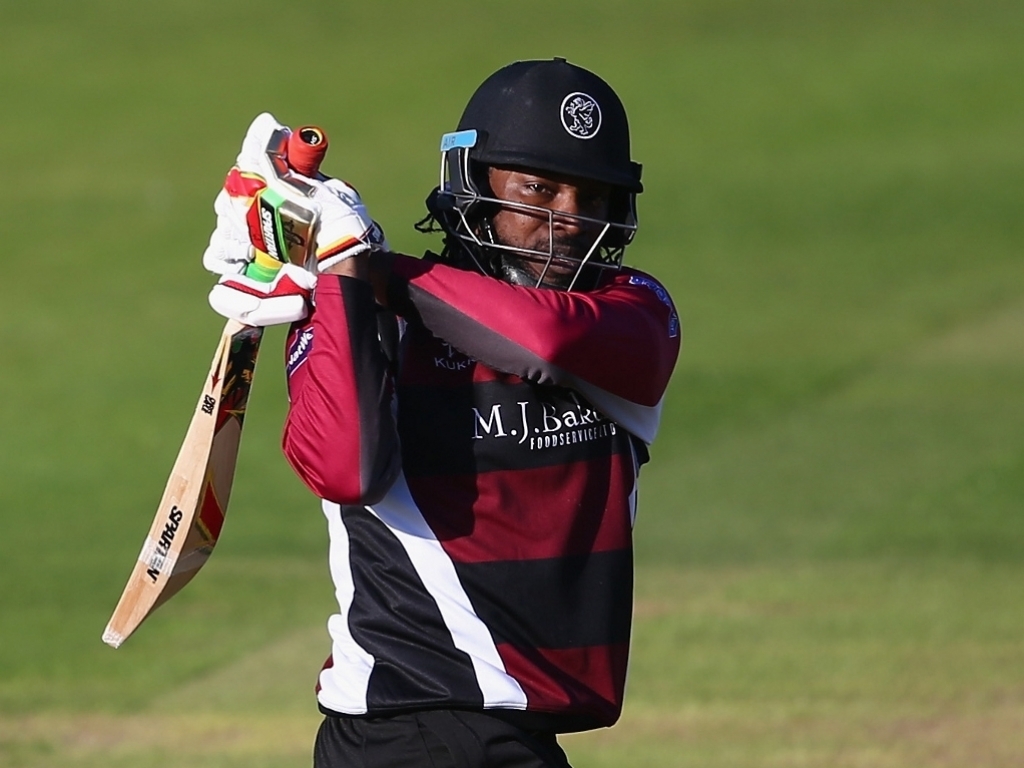 West Indies batsman Chris Gayle has finished his current stint with English county Somerset, and after five T20 matches straight after the IPL, he says his body needs a break.

Gayle was part of the Royal Challengers Bangalore's road to the final, and two days later was playing for Somerset in the Natwest T20 Blast. He made four good scores, all above 30, for the side.

But now he would like to take a break, with the Caribbean Premier League starting next month, though has not ruled out a return to the Somerset dressing room if they advance to the knock out stages.

Gayle, who is nearly 37, told the BBC: "The mind is willing but the body says 'you've got to take a break'. There is too much stiffness on this body at this time.

"I'm looking forward to heading back home now. It's been a wonderful hospitality and atmosphere.

"Apart from the first game which was very, very cold – that was the only game I didn't really get a score. The weather played its part but we have no control over that."

He added of a possible return to Bristol: "It's a possibility, we're looking forward to it and we'll see what happens, so you never know.

"Hopefully the guys make it to the final and we can actually get a change to get a trophy. Somerset (will) always have a place in my heart.

"I like all the fans interacting, even when the ball just trickles to me and I pick it up, they cheer for that. It's fantastic when you have that sort of impact on people."