Home News Gayle excited to be playing in the USA

Gayle excited to be playing in the USA 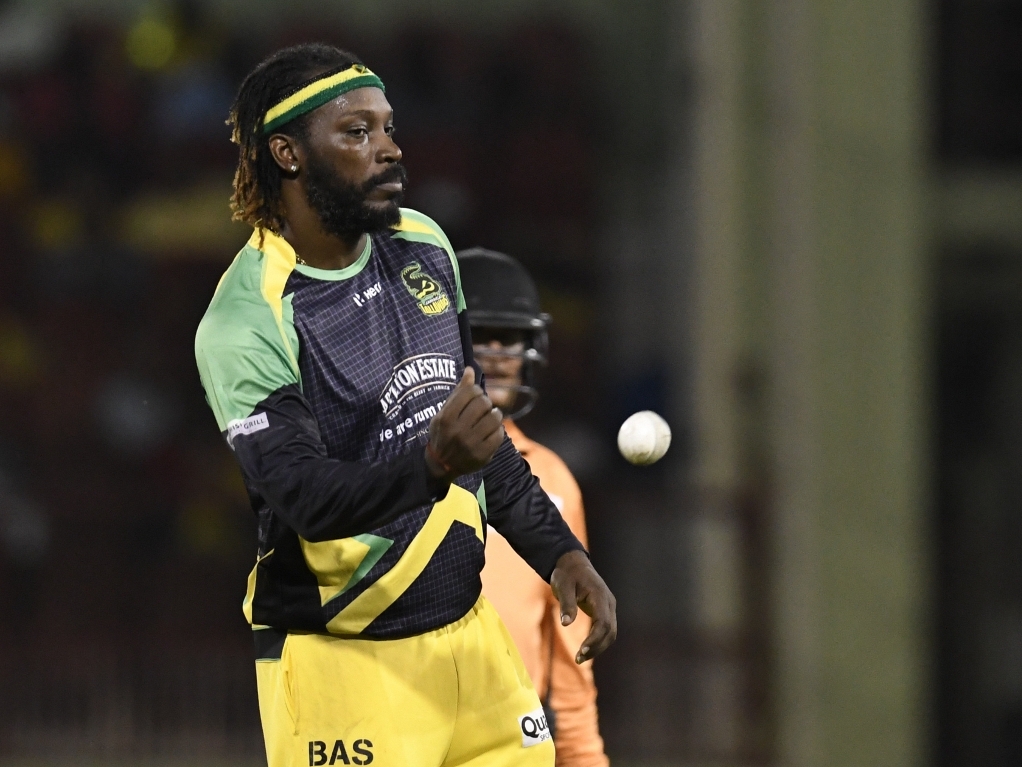 The West Indies star says he hopes the six matches can elevate the profile of the competition to a new level as the high-flying Tallawahs get set to do battle in back-to-back games against the in-form St. Lucia Zouks on Saturday and Sunday.

The prolific left-hander has continued his fine run of form in a competition he has made his own since 2013 and is currently ranked in third position in the CPL’s leading run-getters (260 runs in eight games to date at a strike rate of 159.5 and an average of 52).

Though he is still undergoing treatment on a back injury which has troubled him of late, his strong batting form, coupled with his 23 sixes, has reasserted his reputation as one of the game’s most devastating batsmen.

Speaking on the eve of the landmark ties at Central Broward Stadium, which start on Thursday night when Guyana Amazon Warriors face a crunch clash with a Barbados Tridents side who need two wins to have any hope of reaching the CPL Finals, the 36-year-old said that he was pleased with his side’s form which has propelled them to the top of the league table.

Gayle commented: “First of all I think it will be a great atmosphere based on what happened over the last couple of years when the West Indies played New Zealand (in Central Broward Stadium).

"I think that the CPL will bring out a crowd once again and, you know, with the atmosphere that they’ve seen on TV I’m sure they’ll want to experience it for themselves.

"Hopefully we can get a good start on Thursday and progress over the weekend as well. It should be a good one and I’m looking forward to it as well.

“I’m happy on a personal point of view, as well as a team point of view to actually be at the top of the table. Hopefully we can maintain the momentum which we left in Jamaica and came here to play against the Zouks on Saturday and Sunday.

"We need to win at least one of the games and then move on to the Finals and wait for them in St. Kitts and see what happens. The guys have been playing good all-round cricket so you can’t fault the effort. I just want them to keep the some momentum going.

“They (St. Lucia Zouks) are going to be dangerous coming off three wins. Momentum is always good in a T20 game…We’re outside of our home turf now so it’s going to be a different scenario so we have to make the necessary adjustment now and see what the conditions have to offer us as well.

"Hopefully everybody can pitch in and be ready for that cause.

“I’m sure you’ll see some Jamaican flags flying around! The support is actually key for us. It’s going to be interesting as well (because) it’s going to be noisy, it’s going to be a great atmosphere and, at the end of the day, hopefully everybody can walk away happy and move on to the Finals in St. Kitts.

“It feels like the Caribbean! The sun is out, the beach is just down the road so I know everybody is looking forward to it.

"Everybody’s having a good time… It’s good to be back in Florida and I’m looking forward to playing here again. Hopefully this will be a new beginning for CPL and hopefully it will progress in the years to come.

“The US is cricket-orientated when you look at the mixed culture over here in the US. So I think you have a huge cricket base and cricket fans here as well.

"From a West Indies point of view as well, we have tried to break into the US market for years now and haven’t been successful. It was always a bit ‘here and there’. So hopefully the CPL will actually be consistent with games here in the US.

"If it’s just a one-off thing then it will be a problem for cricket in the United States as well. So if it can actually progress, I know that this leg (of matches) will be a good one for CPL. And if it can continue next year and keep letting the people in the US get a chance to see it live, then it should be a fantastic thing for the game of cricket in the US as well.”