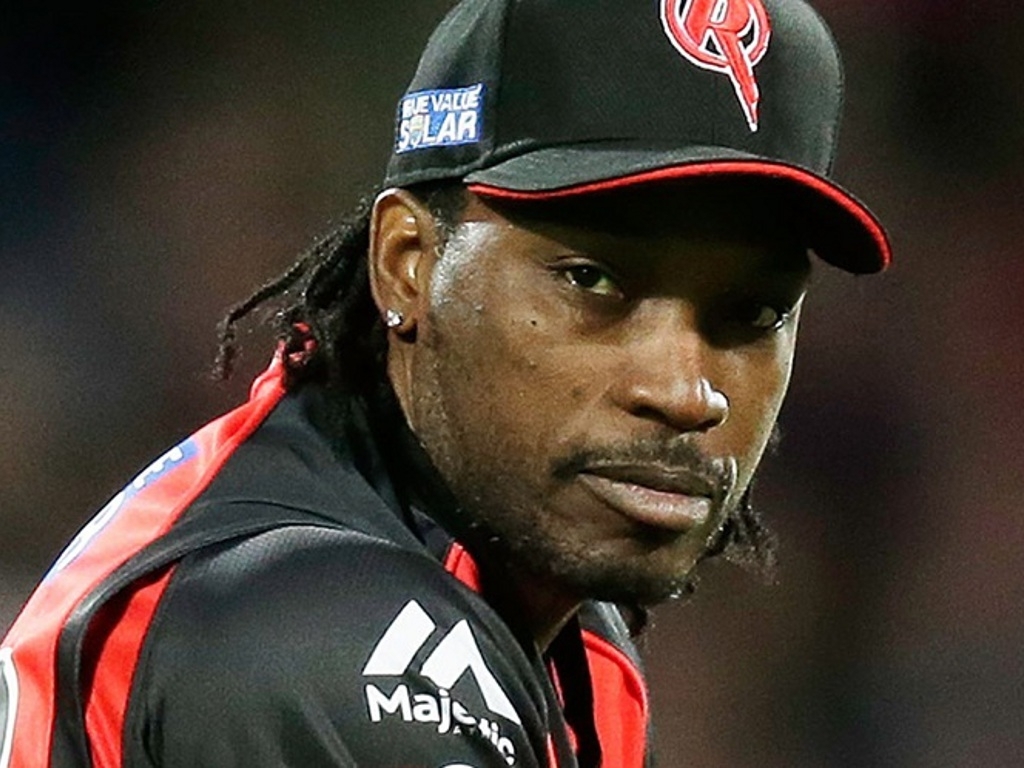 Melbourne Renegades have fined and reprimanded batsman Chris Gayle for his comments to a female reporter on live TV, saying the batsman was 'inappropriate and disrespectful'.

Gayle was speaking to reporter Mel McLaughlin after his innings on Monday, and after asking her to go for a drink with him, when she declined uncomfortably, he said, 'Don't blush, baby'.

Gayle, who was fined 10,000 Aus dollars, later made an apology of sorts, saying it was a 'simple joke': "There wasn't anything at all meant to be disrespectful to Mel, or offensive.

"If she felt that way, then I am really sorry for that. There wasn't any harm meant. It was a simple joke.

"In entertainment, things get out of proportion. But these things happen and there wasn't any harm done. I will leave it at that."

Renegades CEO Stuart Coventry said in a statement: "Chris's comments were completely inappropriate and disrespectful. There is simply no place for these type of comments at the Melbourne Renegades.

"The club would like to extend a formal apology to Mel McLaughlin. Mel is an outstanding sports presenter. We think of her very highly and the club and players will ensure we work with her in a professional and respectful manner in future.

"We've had several discussions with Chris over the past day and he has acknowledged that his comments were out of line. We would also like to formally apologise to our members, supporters and the wider public for offence caused. The club is based on values of respect towards every member of the community.

"As a result of his comments, the Renegades have fined Chris $10,000 for inappropriate conduct."

Cricket Australia CEO James Sutherland added: "As the sanction has been imposed by his club, CA will not be laying a charge under our Code of Behaviour, but we will be formally putting Chris on notice that if anything like this happens again in the BBL, the consequences will be far more severe,"

Gayle responded to the sanction on twitter, seemingly making a joke of it.