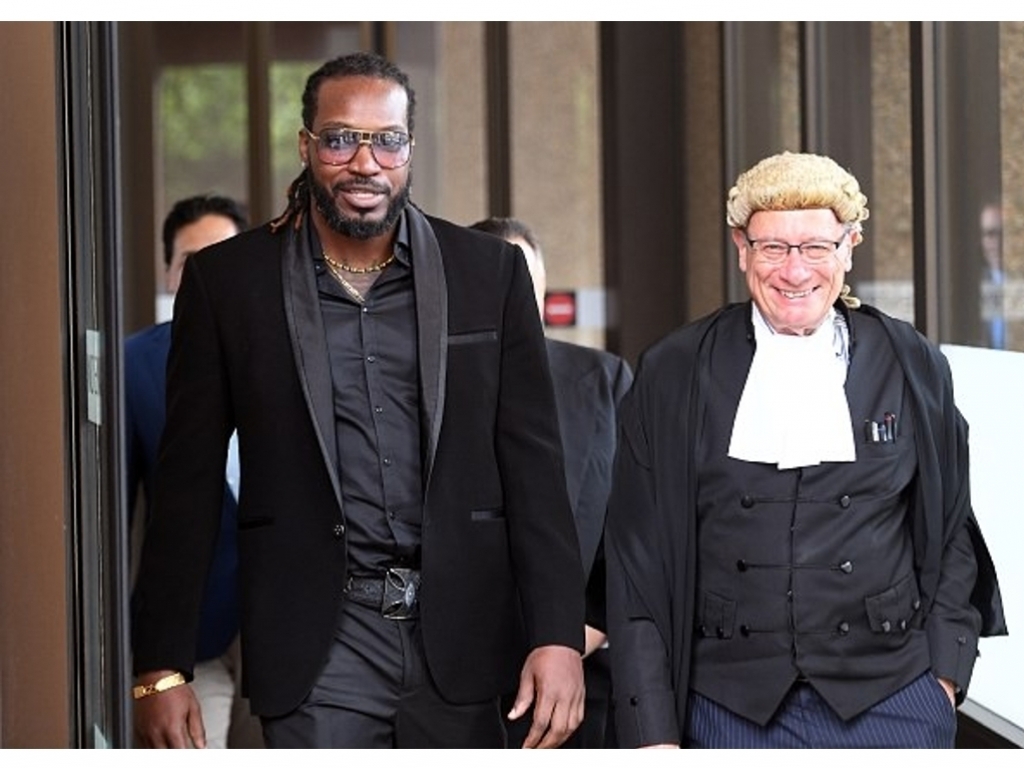 Gayle had lodged a suit against the media house after they printed what a jury found to be unsubstantiated claims that he had flashed his genitalia at physiotherapist Leanne Russell during the 2015 World Cup.

The 38-year-old Gayle is no stranger to controversy, he infamously quipped ‘don’t blush baby’ to Mel McLaughlin while being interviewed during the Big Bash in January 2016.

The jury found that Fairfax had not established sufficiently that Gayle had committed the alleged act before printing their stories.

Outside court, Gayle said: “I am glad the public actually get a chance to read into things and they can hear what actually transpired.”

Fairfax Media’s lawyer Matthew Collins QC said he was “shocked and disappointed” at the decision.

Collins said: “It will cost the company a lot of money unless we can reverse it on appeal.”

The company feels that they were not afforded a fair trial and are considering an appeal.

A spokesperson for Fairfax medis said: “Fairfax Media is concerned with the conduct of the trial.”

“Fairfax believes that it did not get a fair trial.”

Gayle said that the trial had taking its toll on him.

He would add: “I’m not really worried about the money to be honest with you. It was more about the character and the damage it has put towards my name.”