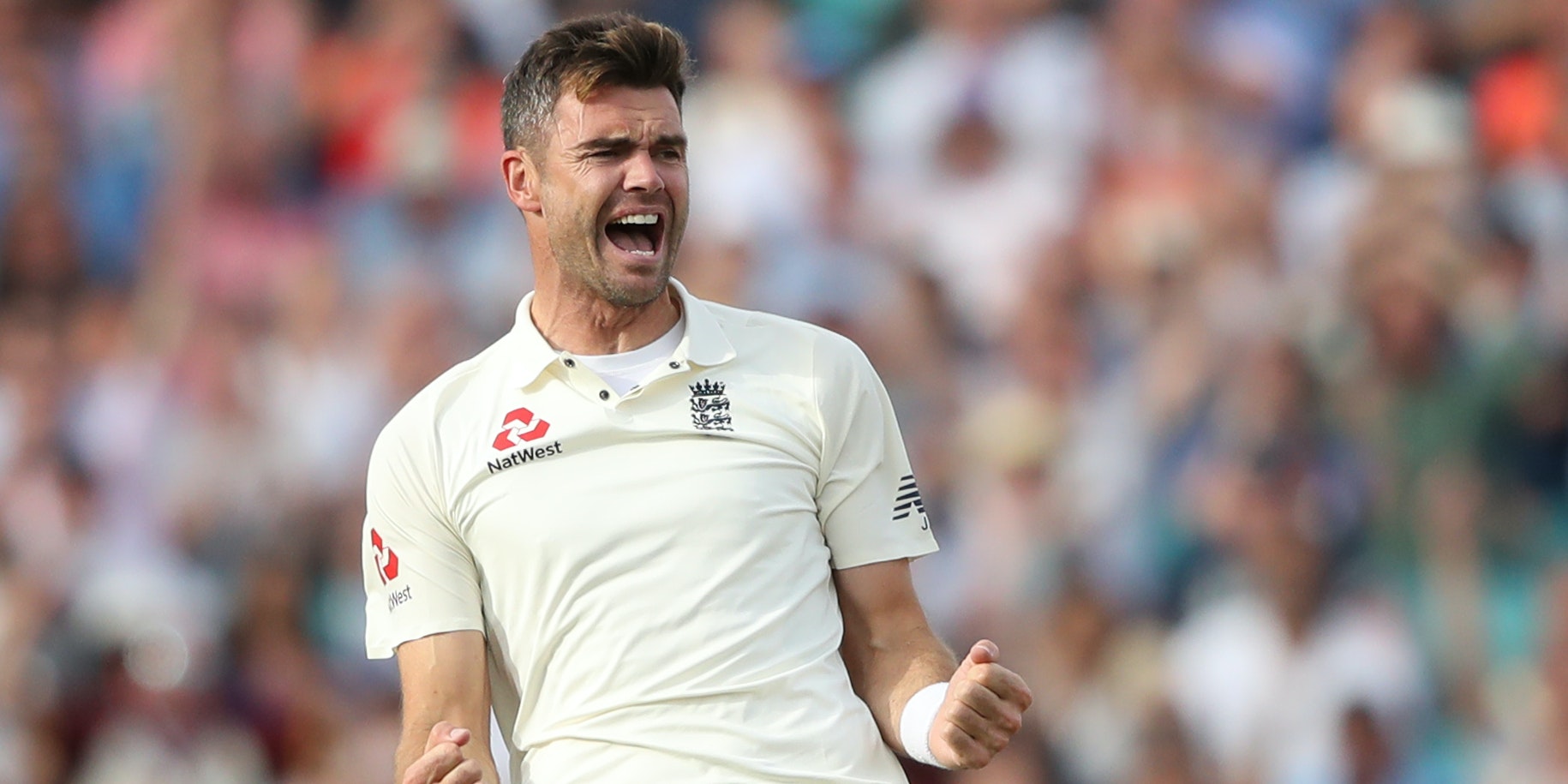 James Anderson has joked that he will be in for a “short summer” if the temporary ban on saliva reduces the amount of swing he can produce in Test cricket.

The International Cricket Council has stepped in to outlaw the traditional spit-and-polish method of shining the ball in response to the ongoing COVID-19 pandemic, leaving seamers to rethink how they go about their management of the ball.

In English conditions nobody is better than Anderson, whose ability to bamboozle batsmen through the air has propelled him to 584 Test wickets – more than any other seamer in history.

Anderson has 216 overseas scalps and seven five-wicket hauls to weigh against any misplaced suggestion that he is a one-trick pony but his spells will still be a good barometer for how swing bowlers will fare under the new regulations.

The first of three Tests between England and the West Indies will take place behind closed doors at the Ageas Bowl from July 8 and Anderson is hopeful he will get the Dukes moving as usual.

He said with a smile: “Well… it could be a short summer for me if it doesn’t!”

“For me it’s a natural habit, to put saliva on the ball. It’s been interesting to try and stop myself doing it. Fortunately in Manchester we get quite a lot of rain so I’ve been able to shine the ball on the grass and find some moisture that way.

“As far as I’m aware we can use sweat, so that’s something. I don’t think it’s going to be a huge deal for the players, we’ll be able to repair the ball well enough for it to swing.

“It will be difficult. But with the last three weeks we’ve had training and the four weeks we’ve got before the first Test, hopefully we’ll get into habits where we don’t use saliva on the ball.”

Even if Anderson does get the ball moving the 37-year-old is ready to accept the need for some rest and rotation among the fast bowling unit.

The lengthy coronavirus lockdown could yet extend the careers of players who all too rarely get time away from the international treadmill, but in the short term sports scientists suggest injuries are more likely.

A three-match series in little more than three weeks will place considerable strain on bodies that have been out of their usual routine for at least four months, which is why selectors packed England’s 55-man training group with pacemen.

“Obviously there are concerns – we’re not going to have had any competitive cricket before that first Test match and we’ve got three Tests in quick succession,” said Anderson, who has suffered significant calf and rib problems in the past year.

“There are obviously things we need to look at in terms of workloads and whether we play all three as bowlers or whether we rotate. I’m sure the medical staff and coaches are doing their due diligence on that. It’s something we’ll have to look at in a few weeks’ time but at the moment I’m enjoying being back and feeling really good.”

One feature of Anderson’s return to training has been the addition of a headband. In his younger days he routinely experimented with new hairstyles and vibrant red and blue dyes but Anderson insists the latest change up top is a practical consideration rather than a sartorial one.

“I’ve not had a haircut (since lockdown) so the headband is definitely something I’ll be looking to take into the games,” he said.

“When we’ve got sweat dripping down we’re being encouraged not to touch our faces – so it’s just about trying to stop any thought of that.”