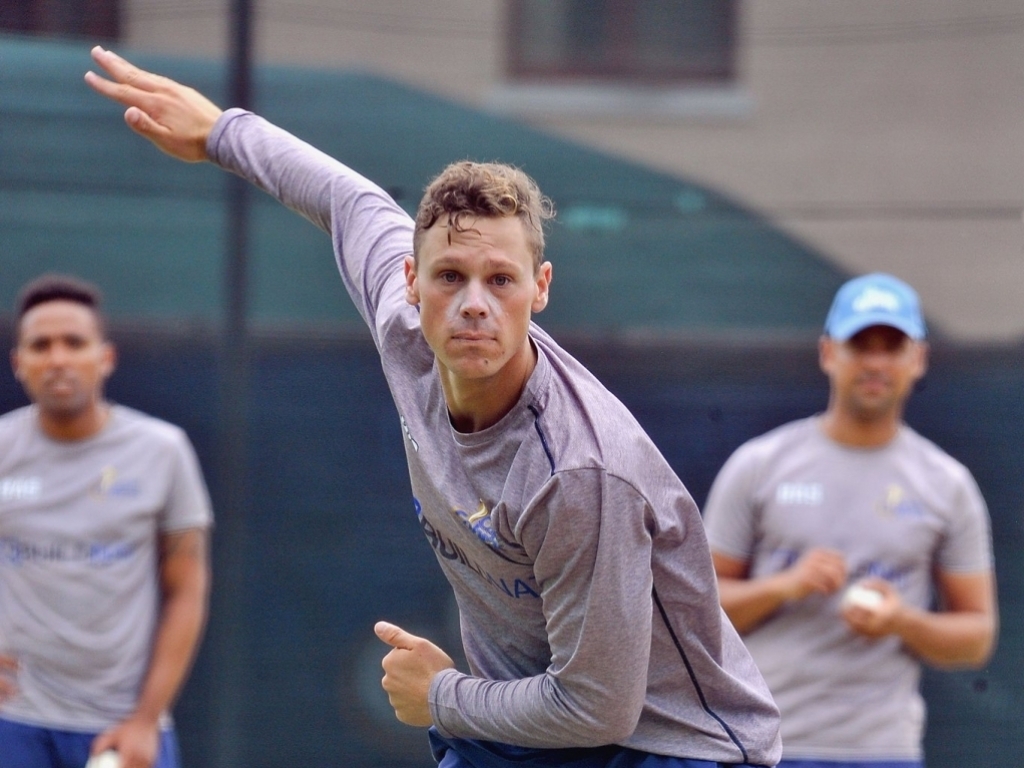 The motivational team talks that challenged the Cape Cobras to show guts and reveal their true character under pressure, and the inspirational presence of Rory Kleinveldt in the power plays have boosted the side said the left-arm spinner GF Linde.

Linde recently struck 52 off 30 balls against the Warriors to set up a sensational 10-run win and also featured prominently with his 2-26 in the win against the Highveld Lions.

If you read through his personal archives, it would reveal that the left-arm spinner was a standout-performer for the Cobras during the 2014/2015 series.

He took 14 wickets at an average of 15.50 which resulted in the team winning the shortest format domestically. But a fractured finger side-lined him for two months.

He also remodelled his bowling action after a spinning camp in India during the off season.

Linde, undaunted by the setbacks, has shown his versatility by playing a key role as pinch hitter and also being steady as left-arm spinner without much luck.

“The coach has told me to be go out and play my batting game. Part of my approach is to be fearless, so I am mentally ready for the challenge,” he added.

Probed about his bowling, Linde said he adapts his pace to conditions and that as well as the size of the field determines his approach.

The left-arm spinner applauded the role of Kleinveldt in the improved bowling cohesion of the team.

He said the veteran set the tone with his miserly, disciplined and accurate spells in the power play. The rest of the attack has followed his example.

The captain, JP Duminy, coach, Ashwell Prince, and opener Hashim Amla have all played inspirational roles by requesting the team to showcase their character and defiant spirit when the chips are down.

Amla has told the team that losses test your grit, and that when you strike back after defeats, good stories will be told about the team. These motivational talks have contributed to the team’s fightback.

“We have the momentum to our advantage and I feel we are in a good position to qualify. It is just a pity that the match against the Dolphins in Durban on Friday could not be completed, because we felt we were in a really strong position to clinch it,” Linde said.

“JP showed how classy he truly is a top-order batsman by striking that 85 off 44 balls,” Linde added.

Duminy struck five sixes during his innings. Three of them came in the final over as Andile Phehlukwayo was collared and conceded 25 runs.