Home 2015 World Cup Giles: Players and coaches are to blame

Giles: Players and coaches are to blame 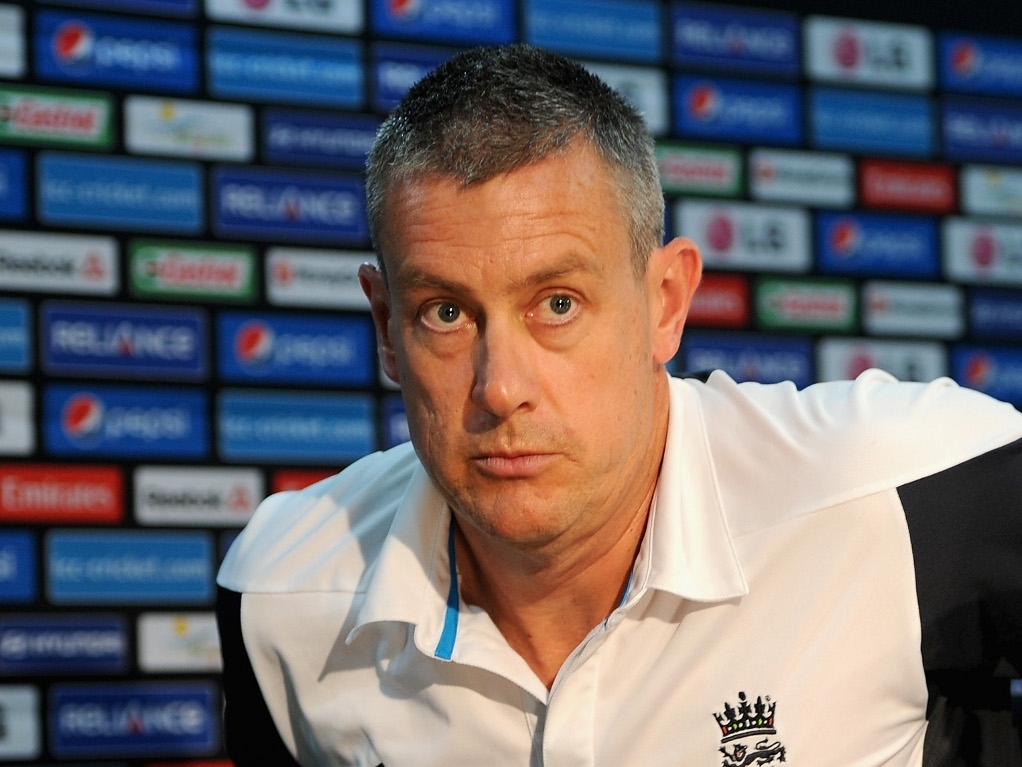 Former England coach Ashley Giles says it's not fair to blame current coach Peter Moores entirely for the side's dismal World Cup performance, saying the players were the one on the field and were to blame too.

Moores has been under fire since England's group stage exit, winning just two games against Scotland and Afghanistan, and Giles, who had the job before Moores, said the whole system was wrong and there had been plenty of mistakes.

Giles said: "I'm certainly not going to murder Peter Moores. I think both sides [players and coaches] have to take a bit of the blame.

"I think the operation was indifferent. Changing the side (sacking Alastair Cook) on the eve of the World Cup wasn't ideal.

"Ultimately players go out there to win you games of cricket. They have to hold their hands up and say they didn't perform. As a collective we simply didn't get it right.

"While the rest of the big nations seemed to have made changes this year in the World Cup and how they have played with the aggression they have shown with the bat, I don't think England have caught up with that at the moment."

Cook was replaced bye Eoin Morgan as skipper just weeks before the event, and Cook said after the exit that he would have been a better skipper Down Under, and that the ECB had made a mistake in sacking him.

Giles added of the Test skipper's comments, referring to Michael Vaughan calling Cook 'bitter': "I don't know whether he's bitter, but he's bound to be disappointed.

"I didn't see Cooky's conference on it but I've seen the quotes. He's clearly disappointed to lose the captaincy on the eve of a World Cup.

"Changing your captain is always a massive decision, particularly someone who is captain across both Test and one day forms.

"Would it have made that much difference? I'm not sure. I don't think England's performances would have drastically changed.

"But clearly it was a tough decision for the ECB and for Cooky in different ways."