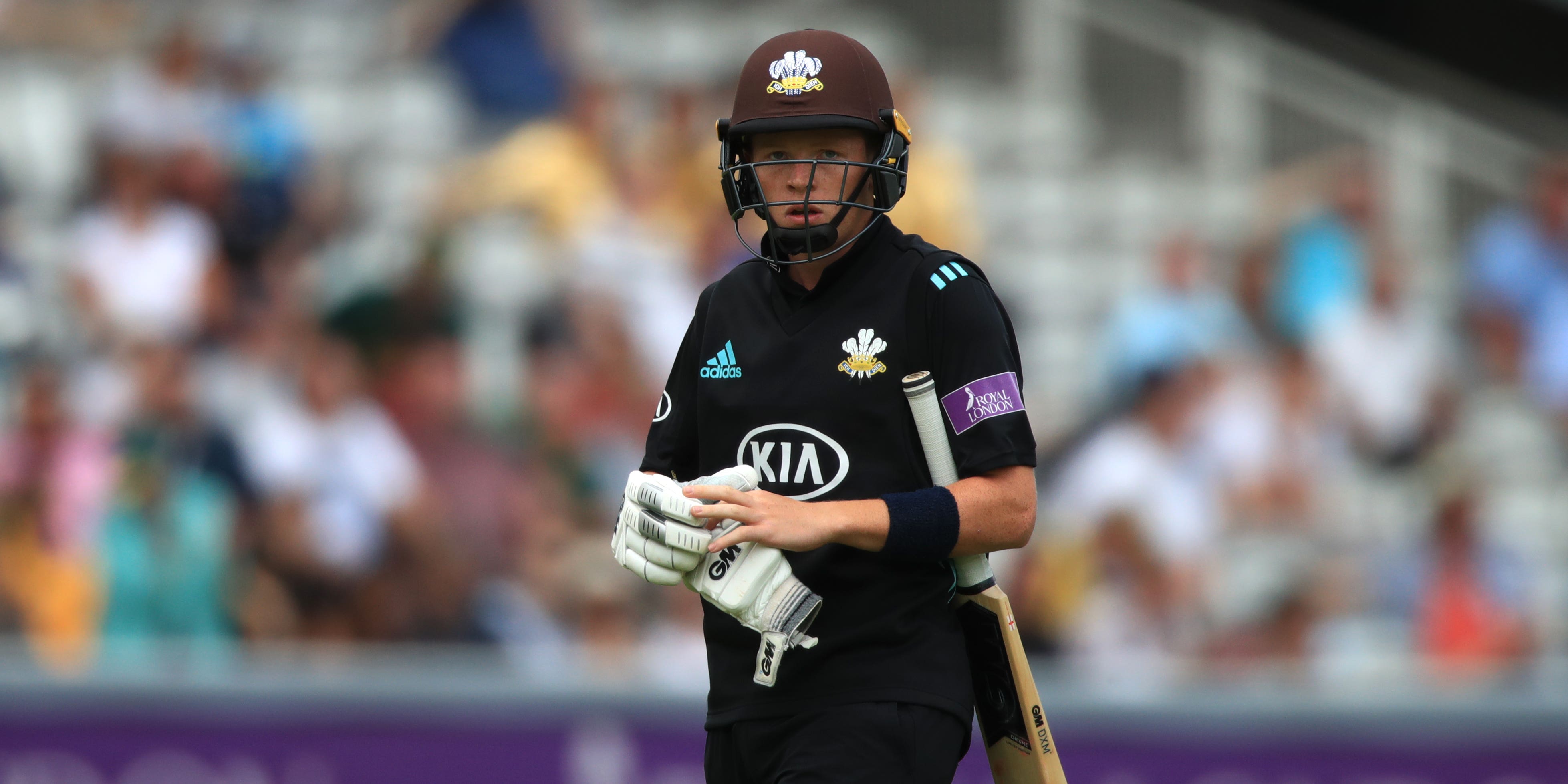 David Lloyd and Billy Root both made 41 in Glamorgan’s total of 153 for six, but they should have reached at least 170 after making a strong start to their innings.

Surrey’s Ollie Pope top-scored in the match with 60 and although the England batsman could not find anyone to support him, Kyle Jamieson nearly took the visitors home.

The New Zealand bowler smashed 31, but with Surrey needing 13 from the last over and two from the last ball, he was run out by Glamorgan’s Timm Van Der Gugten.

Michael Pepper scored his maiden Blast half-century as Essex beat Somerset by six wickets on DLS to maintain their hopes of qualifying for the knockouts.

Pepper, on his 18th T20 appearance, struck a chase-perfect 55 off 35 balls, having put on 80 with Adam Wheater for the third wicket.

Simon Harmer had bedazzled the Somerset attack as he claimed four for 24 – his second successive four-for – while New Zealander Devon Conway made it back-to-back half-centuries as he glued the innings of 153 together.

Pepper and Wheater made short shrift of the chase as Essex won with five balls to spare.

Northamptonshire climbed above Leicestershire at the bottom of the North Group with a comfortable five-wicket win.

Rob Keogh hit the winning boundary with 10 balls to spare, top-scoring with 34 as the Steelbacks chased a modest target of 139, Ricardo Vasconcelos starting the ball rolling with 30 from 18 balls and Saif Zaib cracking two sixes in an unbeaten 21 from 11 balls.

Scott Steel, who recorded figures of two for 17 from his off-spin, hit 44 but had little support other than Harry Swindells’ aggressive 32 from 16 balls as the Foxes were bowled out for 138 in 19.5 overs.

Sussex suffered their fifth abandonment in their Blast campaign as their game against Kent at Hove was called off due to heavy rain.

Sussex started the South Group with three wins, but have completed just one of their six subsequent matches, when they lost to Gloucestershire on Friday.

With both sides picking up one point, Kent moved above Gloucestershire into top spot and Sussex are up to third.