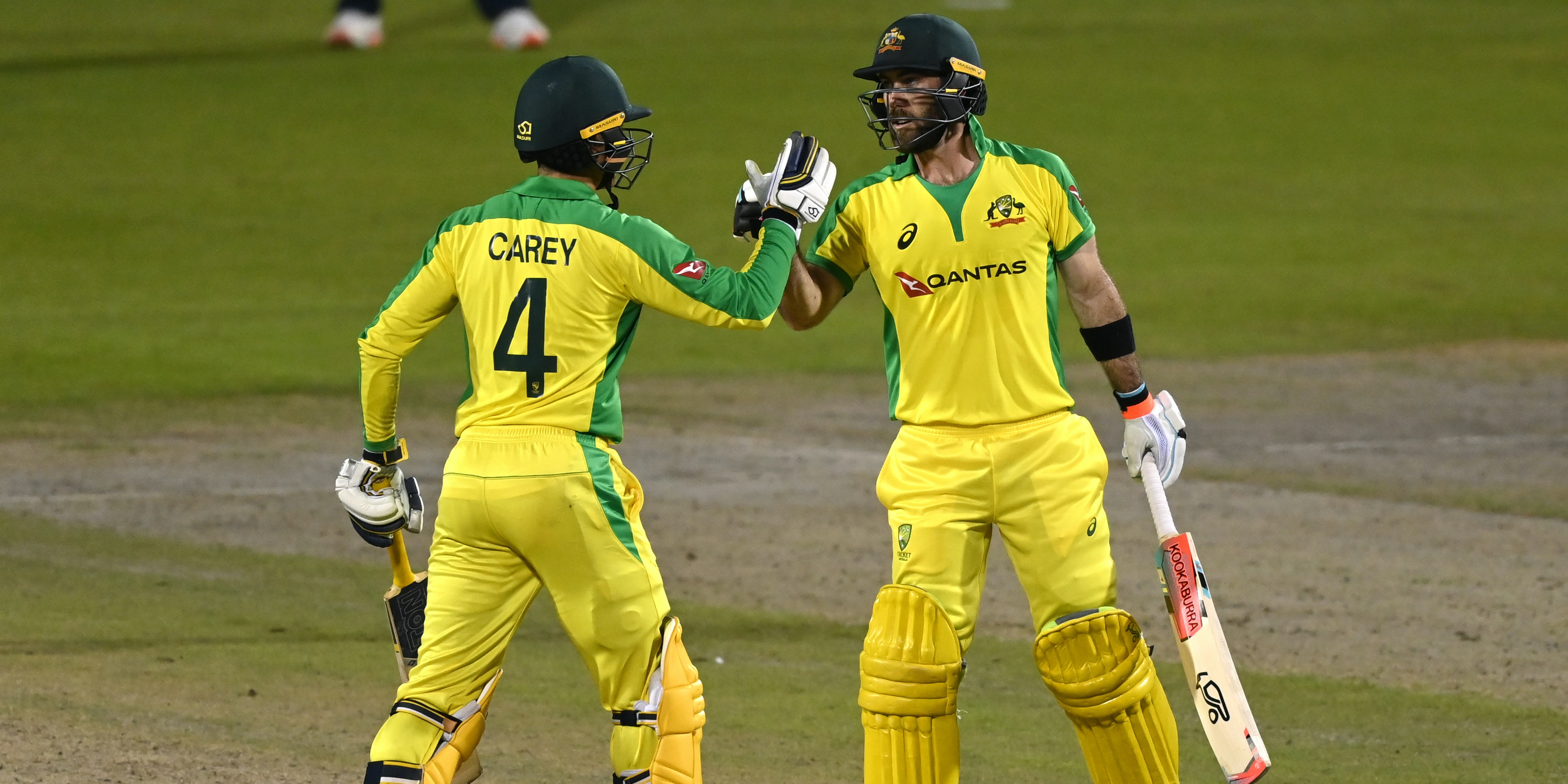 England ended a summer of thrilling cricket on the wrong side of a series defeat for the first time as twin centuries from Alex Carey and Glenn Maxwell carried Australia to a nail-biting win at Emirates Old Trafford.

The momentum shifted back and forth throughout a fiercely contested third one-day intentional, with the tourists languishing on 73 for five in pursuit of a distant 303 – a score built around Jonny Bairstow’s punchy 112 – when the sixth-wicket pair came together.

They proceeded to pile on a monster stand of 212, Carey with 106 and Maxwell bludgeoning seven sixes in his 108 to build towards an eventual three-wicket win. Not only did that condemn the hosts to a first series defeat in six across all formats this season, it also ended a proud five-year undefeated streak in home ODIs.

England reprieved both centurions, Carey caught off a Jofra Archer no-ball on nine and Maxwell dropped by Jos Buttler on 44, but the pair still needed to mine deep reserves of determination, self-belief and ball-striking prowess to turn the tables on a side who have made a habit of edging tight finishes.

Eoin Morgan’s men looked like they might be about to do so again at the death, whipping out both match-winners late on, but with 10 needed off the final over Mitchell Starc took Adil Rashid for six and then hit the leg-spinner for four with two deliveries left.

Starc had started the day superbly in his primary role as a strike bowler, conjuring a bold and brilliant double breakthrough with the first two balls of the day. His first was full, fast and flew to point after Jason Roy accepted the invitation to drive.

Joe Root was beaten even more comprehensively, Starc greeting him with a big inswinger that would have knocked over leg stump had it not thumped into the front pad. It was the kind of dismal start that can lead to spooked dressing rooms, hurried collapses and early finishes, but England found a way back.

Bairstow was admirably unruffled by drama, trusting the pitch and his own hands as he hammered seven boundaries and a flat six as he scored 41 of England’s 10-over score of 67 for one.

Australia halted the charge by introducing Adam Zampa, who tossed it up confidently and persuaded both Morgan (23) and Jos Buttler (eight) to pick out catchers. Bairstow needed someone to stay with him and Sam Billings obliged with a stand of 114 in just under 20 overs. The Kent man survived a tough return chance off Starc on 25 and made the paceman pay with two sweet sixes.

Bairstow struck an equally eye-catching blow to reach his 10th one-day century, turning Pat Cummins hard and flat over long-leg. Australia removed both before it got any worse, Billings mis-hitting a reverse-sweep off Zampa and Bairstow cleaned up by well-hidden Cummins lower ball – but a fine 53no from Woakes ensured they reached 302 for seven.

What needed to be a record chase in Manchester looked virtually impossible when Australia slumped to 73 for five in the 17th over, seemingly poised to crumble under pressure. Woakes, fresh from his batting exploits, struck twice with new ball as Aaron Finch was plumb lbw and Marcus Stoinis mis-read a slower ball.

That gave Morgan the freedom to gamble on Root’s part-time spin, a risk that paid off in full when his fifth ball gripped and splayed David Warner’s stumps as the left-hander stepped away.

The Root experiment would have been a success had it ended there but he also dismissed Mitch Marsh, caught behind off bat and pad, and took a bowling credit for Billings’ run out of Marnus Labuschagne.

Australia would have been 87 for six had Carey fallen to Archer’s bumper in the 20th over but celebrations were cut shot when the paceman was called for over-stepping. The innings pivoted on that moment, with Maxwell and Carey taking control of the middle stages.

The pair piled on a century stand in just 99 deliveries, with Maxwell repeatedly swiping powerfully up and over the short boundary. His assault on Rashid was the crucial match-up, England’s X-factor wicket-taker belted out of the attack.

Maxwell’s crucial moment of luck came on 44, with 140 still required. He heaved hard at a leg-break, nicking behind only for Buttler to grass the chance.

That was as good as it got for Rashid, who was unable to attack or contain and at one stage found himself launched into Old Trafford’s vacant hospitality building ‘The Point’. Australia were favourites with 81 needed from the final 10, with both batsmen reaching three figures as they ploughed towards their target.

They needed just 21 off three when Rashid returned, finally snaring Maxwell off the top edge to guarantee late nerves. Archer had Carey excellently caught by Mark Wood but Starc hit two decisive blows off the spinner to wrap up the 2020 programme.