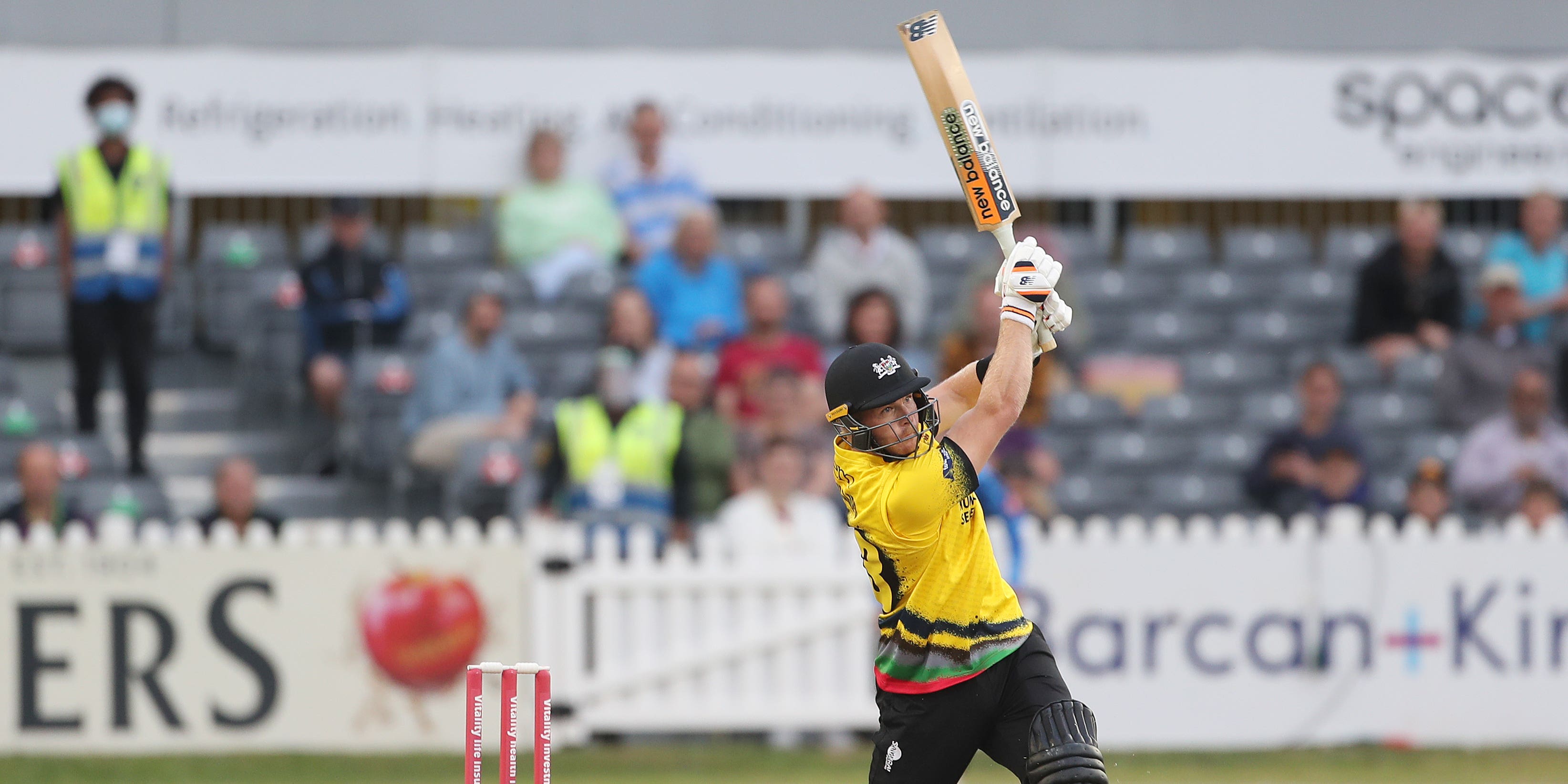 Glenn Phillips crashed an unbeaten 94 from 41 balls to power Gloucestershire to victory by 34 runs over Glamorgan and send them top of the Vitality Blast South Group.

Phillips’ fifth-highest score of his career, and a first half-century in the T20 competition, included nine fours and six sixes.

After being put into bat, Phillips’ aggressive innings helped Gloucestershire post 216 for two, with Benny Howell making a rapid unbeaten 53 in a third-wicket stand worth 130 off 64 balls with the New Zealand international.

Glamorgan gave game chase for a while, but could only reply with 182 for eight despite an impressive start as David Lloyd hit 44 off 22 balls, with four sixes, while Marnus Labuschagne was out for 33, yorked walking across his stumps by David Payne.

Essex won on the last ball against Middlesex at Lord’s, where Stevie Eskinazi’s maiden Blast hundred proved in vain.

Eskinazi hit two sixes and 11 fours in an unbeaten 102 as Middlesex, bottom of the South Group, scored 183 for two.

The Eagles had looked well set for a comfortable victory at 170 for three with 11 balls remaining.

Simon Harmer, though, had the final say, as an outside edge flew off to the boundary to secure Essex victory by two wickets.

In the first match since Critchley replaced Billy Godleman, the Falcons impressed in the field to restrict the hosts to 167 for nine.

George Scrimshaw took three for 23 as Ed Pollock hit a rapid 46 and Michael Burgess made 41.

Derbyshire’s reply opened with 19 off the first over, with Leus du Plooy going on to make 57 and Tom Wood an unbeaten 63 as they wrapped up victory with five balls to spare which preserves some slender hope of qualification from the North Group.