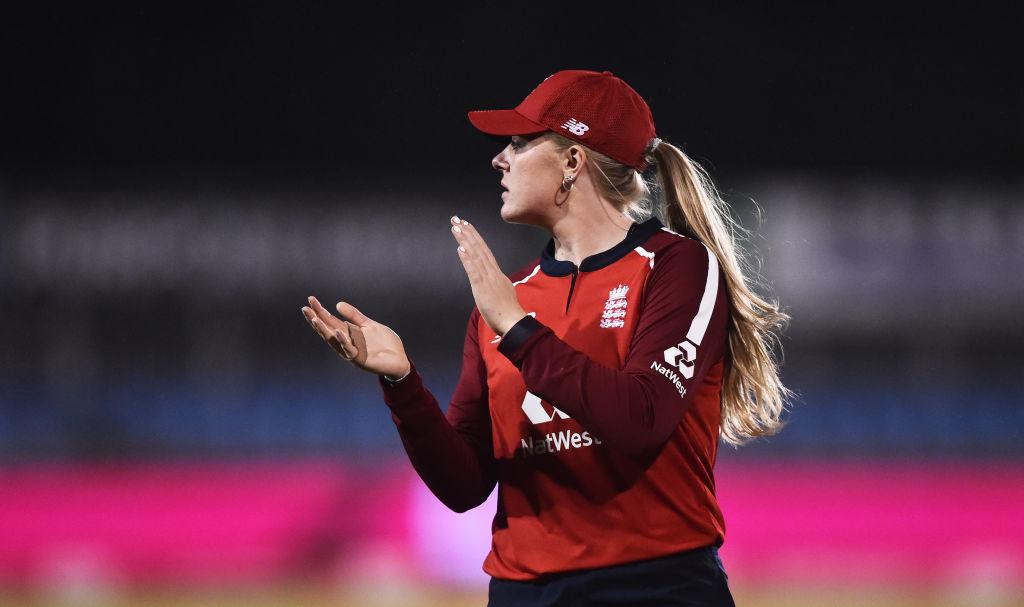 Allrounder Sarah Glenn says the England camp bio-secure experience at the County Ground In Derby was special for the whole group.

England were based in Derby ahead of their five-match T20I series against the West Indies, which took place exclusively at the ground.

Bubble a welcome change from lockdown life for Glenn

“Having experienced the struggles of lockdown earlier in the year, England’s squad and staff entered the team bubble, and were welcomed by our friendly hospitality team,” a Cricket Derbyshire statement boasts.

Hometown hero Glenn said having comfortable surroundings made the processes and protocols a lot easier to handle. The Allrounder relished the chance to reconnect with her teammates after months apart.

“It was really nice, because we had all been stuck at home during lockdown,” said Glenn.

“Personally, for me, it was so nice to be at the ground I grew up on, I’ve done a lot of training there and I’ve always watched the men’s team, I’ve spent a lot of time with friends and family there, so it was really comforting to come back to familiar surroundings.”

England captain, Heather Knight, echoed Glenn’s sentiments and was full of praise for the team during her time in Derby.

“The bubble set-up was actually pretty good, although a bit strange initially with all the protocols in place,” Knight said.

“We were looked after very well and it was so nice to catch up with all the girls and staff after a long break.”

The England Women’s camp are reportedly not the only side to have enjoyed their stay in Derby.

When Pakistan arrived in the United Kingdom for their Test series against England, they trained at the ground and were impressed by the hospitality they experienced.

Mansoor, Team Manager for the Pakistan Cricket Board, said; “At The Incora County Ground, I could honestly close my eyes whilst tasting the food and think I was in a five star restaurant. I thank all the Chefs and their staff for accommodating our very many changes and late requests. They really did a great job.”