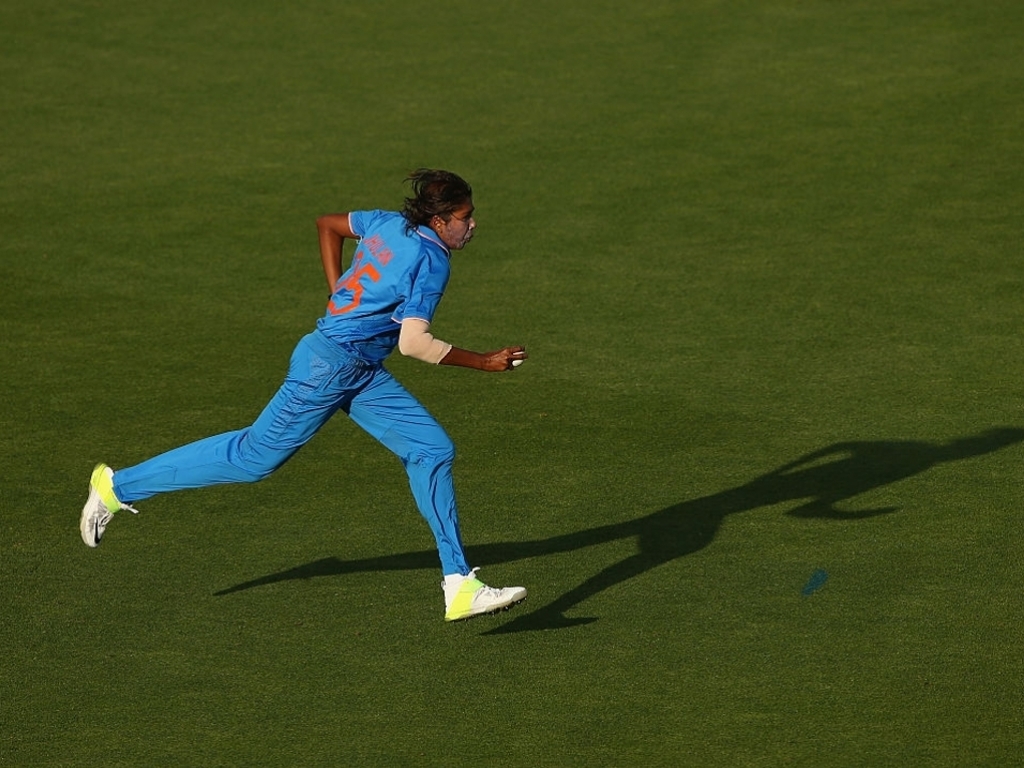 Jhulan Goswamy (3/20) and Shikha Pandey (3/22) took six wickets between them to give India a solid, seven-wicket victory over the Proteas in Potchefstroom on Tuesday.

India top the log of the Cricket South Africa (CSA) Women’s Quadrangular series as the only unbeaten side in the competition so far.

The visitors won the toss and restricted South Africa to 119 in 39.3 overs. It was a tough day at the office for the hosts, with no one surpassing Mignon du Preez’ 31 (57 balls). Pandey struck first, not allowing Lizelle Lee (1) to get too far off the mark on her 50th One-Day International (ODI). Trisha Chetty, Marizanne Kapp and Laura Wolvaardt chipped in with 28, 23 and 17 respectively, but were not permitted to push further than that.

South Africa were 100/4 at the start of the 28th over, the rest of the line-up only managing a string of single figures thanks to Ekta Bisht, Deepti Sharma and Poonam Yadav who returned a scalp each to help restrict them to the modest total.

In reply, India’s skipper Mithali Raj (51 off 66 balls) hit a half-century to spearhead her side’s success. She was well backed up by Mona Meshram (38 off 93) as the home side struggled to strike. Shabnim Ismail was once again the standout bowler, taking 2/17 in eight overs, including two maidens. The only other bowler to return a wicket was Moseline Daniels (1/15) as the visitors trotted to victory with 52 balls to spare.

Interim captain, Suné Luus is disappointed with the loss but is looking to bounce back strong in the team’s next assignment against Ireland.

“It wasn’t the best day especially from a batting point of view, but I’m looking forward to seeing the team come back strong in our next game,” she said. “The bowlers did really well so I’m counting on them to keep up the good work and I know the batters will do the job in the next game.”

Speaking on how she is enjoying her new role as stand-in captain for the injured Dané van Niekerk, she said; “It’s a great challenge, I’m learning a lot as a person and a player and I’ve got a lot of support on and off the field. So far it’s not too bad at all.”

The next round of matches will see South Africa up against Ireland and India taking on Zimbabwe on Thursday, 11 May 2017 at Senwes Park Stadium and PUK Oval respectively.